Broadcasters are calling the race for Anthony Albanese, who is likely to lead a minority government in coalition with other parties. 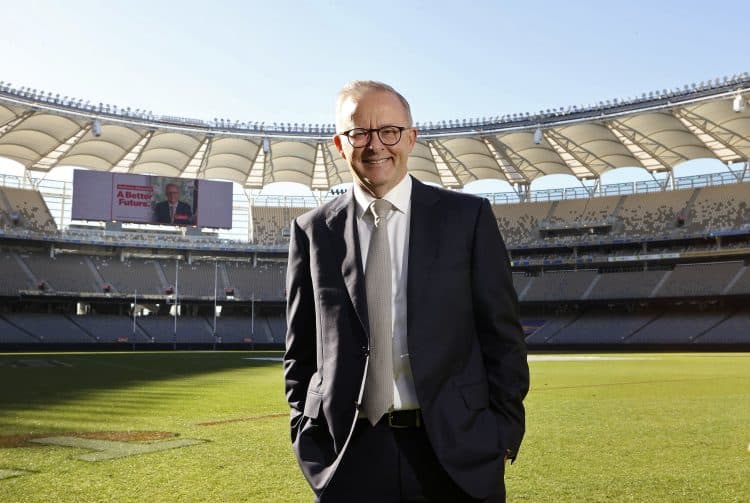 Scott Morrison has conceded defeat to Anthony Albanese in the Australian election.

With not enough seats left to declare for the prime minister, broadcasters are calling the race for Anthony Albanese, who is likely to lead a minority government in coalition with other parties.

The Australian Broadcasting Corporation (ABC) said neither of the major parties appeared certain to win the minimum 76 seats required for a majority in the 151-seat parliament, but Labor appeared on track to win more than 70 seats.

“Labor is 72 and needs 76 seats to govern. There are 11 members of the crossbench, most of whom support action on climate change,” said ABC election analyst Antony Green in a live broadcast.

As well as campaigning against Labor, Morrison’s conservative Liberal Party were also fighting off a new challenge from so-called teal independent candidates to key government legislators’ re-election in party strongholds.

One of them is Zali Steggall, who won a seat from the Liberal Party in 2019 when she ousted former prime minister Tony Abbott.

She appeared likely to retain her Sydney seat by a larger margin.

“The feedback very much was people are really frustrated,” Ms Steggall told the Australian Broadcasting Corporation.

“Cost-of-living issues but also climate change simply did not feature in the policies and platforms from the major parties.”

The teal independents are marketed as a greener shade than the Liberal Party’s traditional blue colour and want stronger government action on reducing Australia’s greenhouse gas emissions than either the government or Labour are proposing.

Both leaders campaigned in Melbourne on Saturday morning before voting in their home city of Sydney.

Mr Albanese went with his partner Jodie Haydon, his 21-year-old son Nathan Albanese and his cavoodle Toto to vote at the Marrickville Town Hall in his inner-Sydney electorate.

He would not be drawn into saying whether Toto would move into the prime minister’s official residence in Sydney or Canberra if Labour wins.

“We’re not getting ahead of ourselves,” Mr Albanese said.

“I’m very positive and hopeful about a good outcome tonight.”