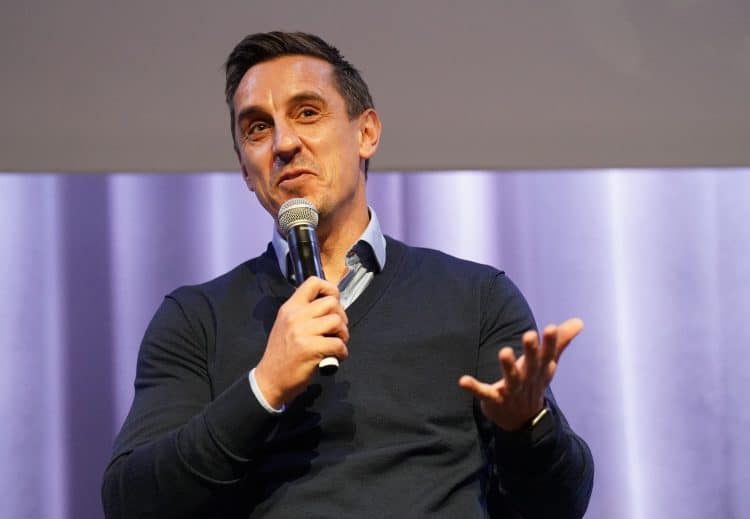 Ex-England footballer Gary Neville accused Kwasi Kwarteng of failing to “read the room” by offering tax cuts to millionaires and lifting the cap on bankers’ bonuses.

Despite his presence at the Labour conference in Liverpool, where he will appear alongside Sir Keir Starmer on the main stage, Neville insisted he had no desire to seek political office.

The Chancellor’s mini-budget on Friday has set the battle lines for the next general election, with Labour pledging to reverse his removal of the 45p tax rate for people earning more than £150,000.

“It was a shock, to be honest with you – I shouldn’t be shocked any more.

“I don’t think people in this country at the highest-earner bracket were actually expecting favour, they weren’t asking for favour.”

“I don’t think any footballer would be happy. Footballers have got a good conscience, they come from Bury and Barrow and Dudley and towns and communities like this, they are not born into wealth and so when they get to wealth they actually still respect where they came from and they are grounded.”

The prospect of furthering his political involvement by standing in a by-election in Labour-held West Lancashire did not appeal to Neville.

He said that while he was “politically motivated”, he “can do as much for the Labour Party being here today as I can do being an MP”.