According to reports, the UK has been living beyond its means and a new age of austerity is required to trim the fat. 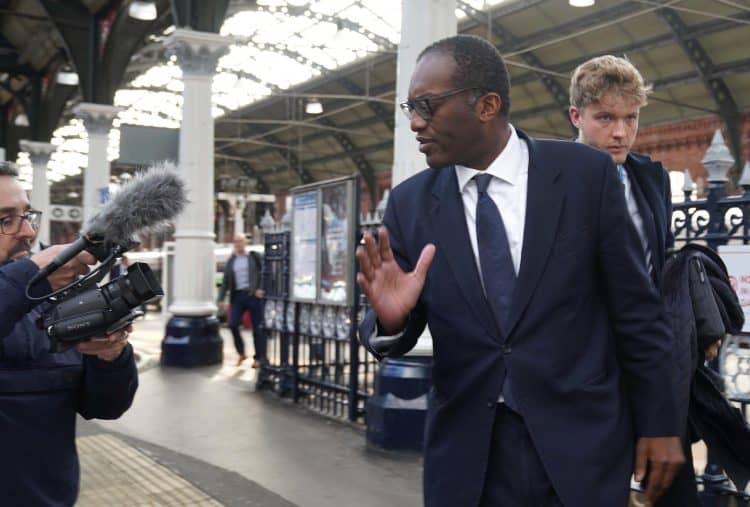 Kwasi Kwarteng has raised the prospect of a real-terms benefits cut for millions of poor Brits in order to fund his tax-cutting agenda.

The chancellor has said it would be “premature” for him to “come to a decision” on increasing benefits in line with inflation – as promised by previous chancellor Rishi Sunak – amid the economic turmoil.

Liz Truss would also not be drawn into whether benefits claimants might see a real terms cut as a cost-saving measure this autumn.

The prime minister told broadcasters that the Work and Pensions Secretary Chloe Smith would make an announcement “in due course” about whether benefits would be uprated.

She said: “What is important to me is that we are fair in the decisions we make, but most importantly that we help families and businesses at this very difficult time with their energy prices.”

It comes after reports the Treasury has asked departments across Government to make efficiency savings, or cuts, to their existing budgets following the economic turmoil caused by the mini-budget.

According to reports, Britain has lived in a “fool’s paradise” for too long and must reduce public spending to help fund the government’s £45 billion worth of tax cuts.

Simon Clarke, the levelling up secretary, criticised the “very large welfare state” and said Whitehall departments would have to “trim the fat”.

Commenting on revelations that benefit increases might be part of the process, James Taylor, director of strategy at disability equality charity Scope, said: “If the government u-turns on this promise, it would be devastating and lead to disabled people starving and freezing in their own homes.”

Child Poverty Action Group chief executive Alison Garnham added: “Struggling families will not forgive a chancellor who comes to them for efficiency savings when their cupboards are already bare.”