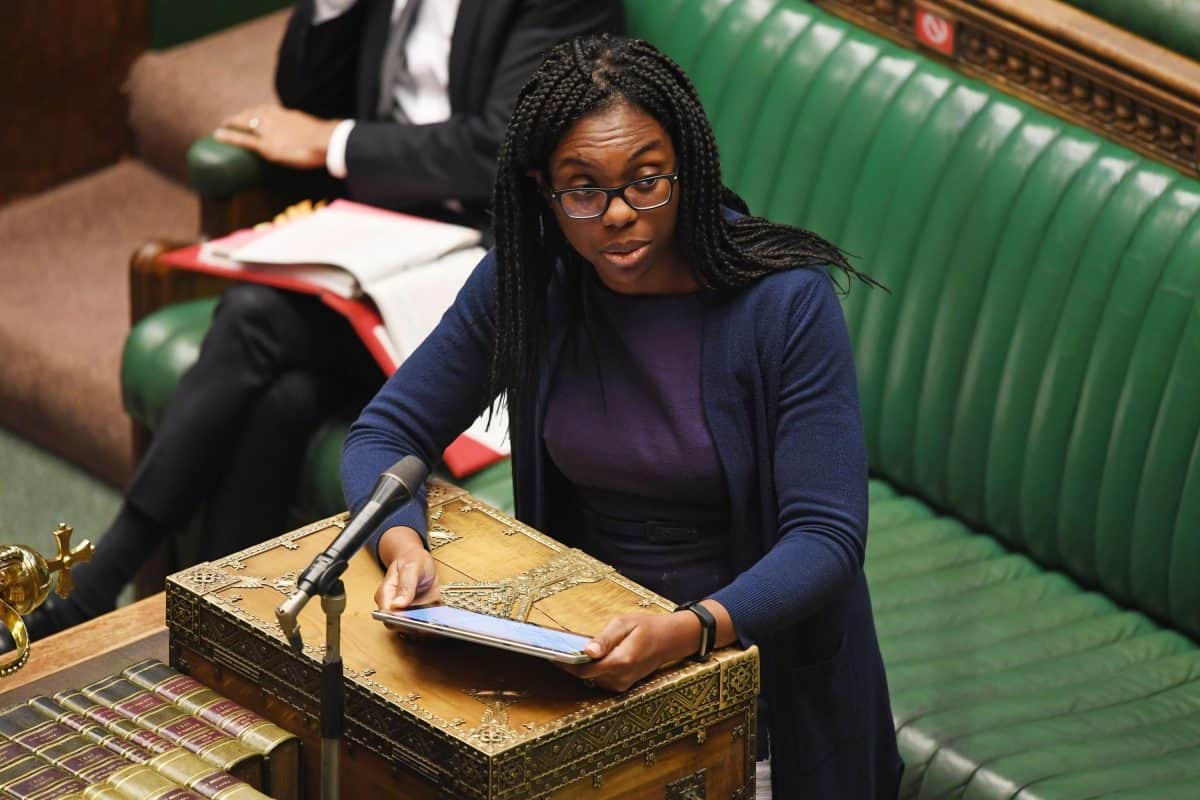 The PM should force an equalities minister to apologise or sack her, the former head of Downing Street’s race unit has urged, as the row over her conduct has escalated.

Simon Woolley told the Guardian: “I hope that Samuel’s bravery in calling this out provokes a true leadership response. Unless Kemi Badenoch offers a fulsome apology to Nadine White, her position appears to be untenable.”

Lord Woolley was chair of the race disparity unit in Whitehall until July.

The comments come as Boris Johnson claims his Government “respects and encourages journalists”, distancing Downing Street from Badenoch who launched an online tirade against a reporter.

Equalities minister Kemi Badenoch accused Nadine White of “creepy and bizarre” behaviour and published correspondence between the reporter and officials.

The Prime Minister’s press secretary, Allegra Stratton, said Mrs Badenoch’s handling of the issue “would not be how we in No 10 deal with these things”.

But she refused to tell the minister to delete her Twitter attack on Ms White.

An alert about the risk to media freedom from the incident has been registered with the Council of Europe amid concerns about the impact on human rights.

Asked how ministers would respond to the Council of Europe, Ms Stratton said: “This is a Government that respects and encourages journalists to ask challenging and difficult questions, and as many as you want.

“We respect, encourage and want you all to challenge us because journalists make government better.”

Mrs Badenoch went on Twitter to complain that the HuffPost news website had sought to “sow distrust by making up claims I refused to take part in a video campaign” after being asked the question, and that it was “creepy and bizarre to fixate on who didn’t participate in a video and demand they explain themselves”.

She shared screenshots of two emails sent by Ms White to a Government press office asking why she did not participate in the cross-party video.

Ms Badenoch said on Twitter that she had not taken part because she was participating in a vaccine trial.

Ms Stratton told reporters: “Kemi Badenoch felt that the correspondence with Nadine White was something she should put in the public domain.

She added: “That would not be how we in No 10 deal with these things and we encourage all of you to ask us challenging, difficult questions.”

Asked whether the minister should delete the posts from Twitter, Ms Stratton said: “I’m not in the business of telling ministers to delete tweets.”

Asked if No 10 condemned the abuse, Ms Stratton said: “The Prime Minister believes in the role of journalism to hold us all to account and would encourage Nadine White to continue doing that.”

Ms White said: “A journalist privately putting claims from reliable sources to a government minister is standard procedure. Badenoch’s response was uncalled for and sets a worrying precedent.”