Jayne Ozanne was the first to resign from the government’s LGBT advisory panel, saying equalities ministers Liz Truss and Kemi Badenoch were ignorant on key issues. 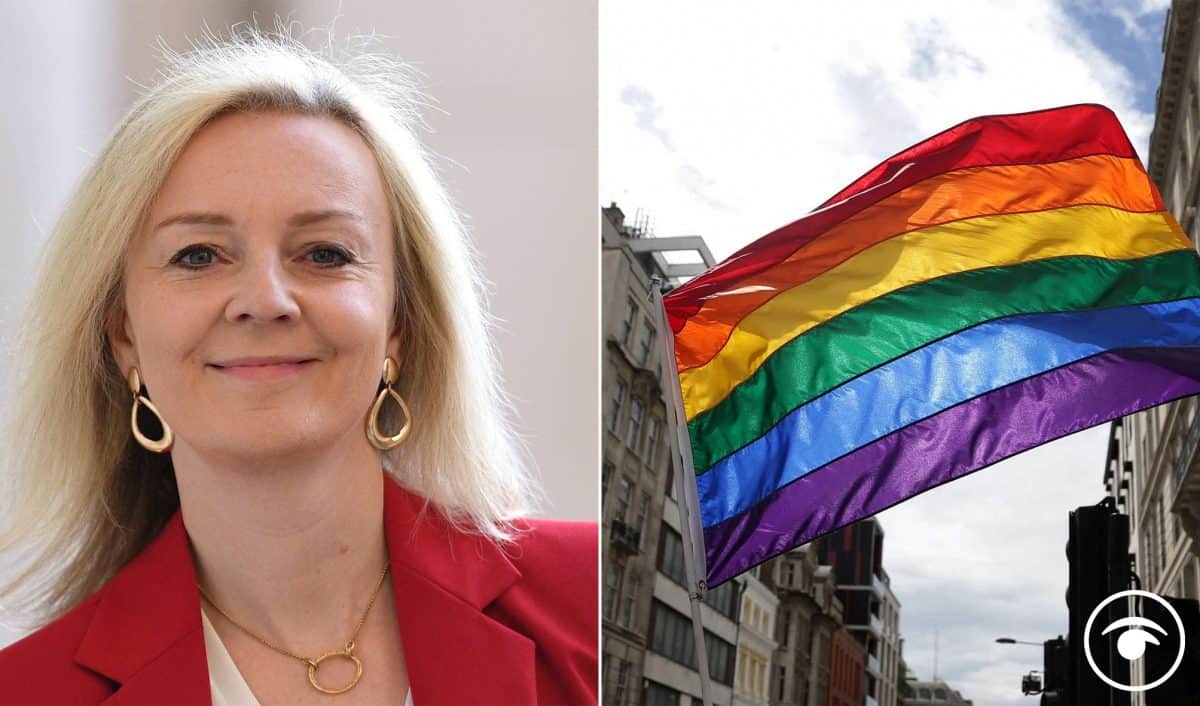 Liz Truss and Kemi Badenoch have been accused of vilifying the trans community by a government LGBT adviser who – along with two colleagues – quit their posts, accusing ministers of creating a “hostile environment” for LGBT people.

She was followed by James Morton, a manager at the Scottish Trans Alliance, who said he had been “very concerned for serval months that Liz Truss and her junior ministers are not committed to LGBT equality”.

“It doesn’t appear that they’re doing anything useful or helpful for trans people, in terms of government policy,” he added.

It emerged on Thursday that Ellen Murray had also quit the panel, after reportedly accusing the government of “hostility” towards LGBT people.

Ozanne, who describes herself as a gay evangelical Christian, said that long-standing Tory pledges to take action to end the controversial practice of conversion therapy only referred to sexuality and not gender identity.

“Sadly there has been never any mention of protecting our trans friends who are twice as likely to be offered and to be forced to go through conversion therapy,” she told Good Morning Britain.

“I fear it’s this government’s attitude to the trans community that is right at the heart of this. They need to embrace the trans community and protect them rather than vilify them which, I’m afraid, both Liz Truss and Kemi Badenoch seem committed to doing.”

In an earlier interview with ITV, she revealed Truss and Badenoch were known in the LGBT community as the “ministers for inequality” – and said she had become “increasingly concerned about what is seen to be a hostile environment for LGBT people among this administration”.

Tory MP Caroline Nokes, who chairs the Commons Women and Equalities Select Committee, said she was “disappointed” the government was “rowing back” on legislation to ban conversion therapy.

“Listening to @JayneOzanne on @GMB this morning about her experience of so-called conversion therapy,” she wrote on Twitter. “I am so disappointed that government rowing back from legislating to ban it, last July we were given the impression it would be done.”

The high-profile resignations came as a group of nearly 20 LGBT+ organisations have reportedly written to Badenoch to express their “deep concern” at her response to calls to ban conversion therapy.

Signatories to the letter – co-ordinated by Ozanne and including campaigner Peter Tatchell and the organisation Stonewall – accused the minister of inaction after the Conservative Party’s pledge in 2018 to eradicate the controversial therapy.

They said they “fail to understand why – after nearly 1,000 days – coming forward with meaningful legislation is taking so much time”.

The BBC reported that the signatories also wrote that they were “extremely troubled” after the minister made no mention during the debate of protection for trans people, despite this group being “the most likely to be at risk”.

A government spokesman said on Wednesday: “The Government is committed to building a country in which everyone, no matter their sexuality, race or religion, is free to live their lives as they choose.

“We have repeatedly made clear that we will take action to end conversion therapy and we are working to bring forward plans to do so shortly.”