The former Labour MP said Leo Varadkar used violence as “political leverage” to get his way in trade talks with the UK. 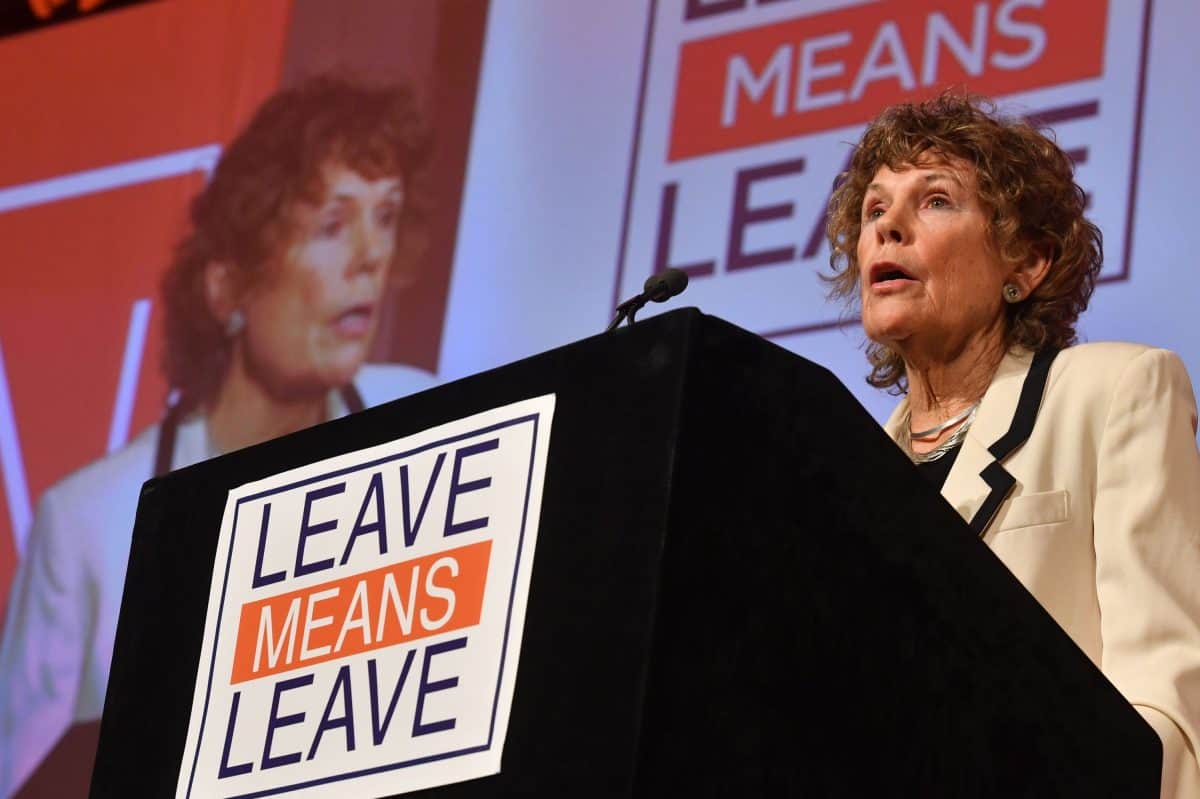 A top Brexiteer has accused Ireland’s government of using “the threat of IRA bombs” to impose the Brexit deal on Northern Ireland.

Kate Hoey – the former Labour MP – said Taoiseach Leo Varadkar had used violence as “political leverage” to get his way in trade talks with the UK.

The baroness – who was elevated to the upper chamber by Boris Johnson last year – caused outrage in the House of Lords, attracting shouts of “shame” from her fellow peers.

“There are already serious societal difficulties in Northern Ireland,” she said. “Every night now across the province there are dozens of mostly peaceful protests with many feeling ignored and betrayed.

“They’re not reported of course because they are not violent.

“This direct action is going to increase over the next few months with the worry in many communities there is a feeling that the only way to advance political objectives is with the threat of violence, just like the threat of IRA bombs was unfortunately used by Taoiseach Varadkar as political leverage which led to the Protocol.”

When she had finished speaking, another peer shouted “it’s all your fault” at Baroness Hoey – likely referencing her support for Brexit.

Hoey, the ex-MP for Vauxhall, said the government should recognise that it was “unsustainable for the Protocol to last much longer”.

Varadkar had previously said in 2018 that there was “a real risk of a return to violence in Ireland” – but there is no evidence that he used “the threat of IRA bombs” as a negotiating ploy.

As Brexit continues to cause ruptures in Northern Ireland, Arlene Foster announced her resignation as DUP leader and First Minister of Northern Ireland earlier this week.

The announcement comes 24 hours after an sizeable internal heave against her by DUP politicians unhappy with her leadership.

There has been growing unease among DUP members about Foster and the wider party leadership in recent months.

The primary source of concern is the handling of the Brexit process. The DUP is facing anger from the wider loyalist and unionist community for the introduction of an Irish Sea border.

Critics have accused Foster of failing to use the party’s influence at Westminster – particularly during its confidence and supply deal with the Conservatives – to secure a Brexit deal that saw Northern Ireland leave the EU on the same terms as the rest of the UK.

She has also been accused of not being vociferous enough in opposition to the contentious Protocol, which governs the new Brexit trading barriers between NI and GB, ahead of its introduction at the start of 2021.