“It's as if Boris is being contrary and that somehow we’re going to do things differently because we’re not in Europe anymore”. 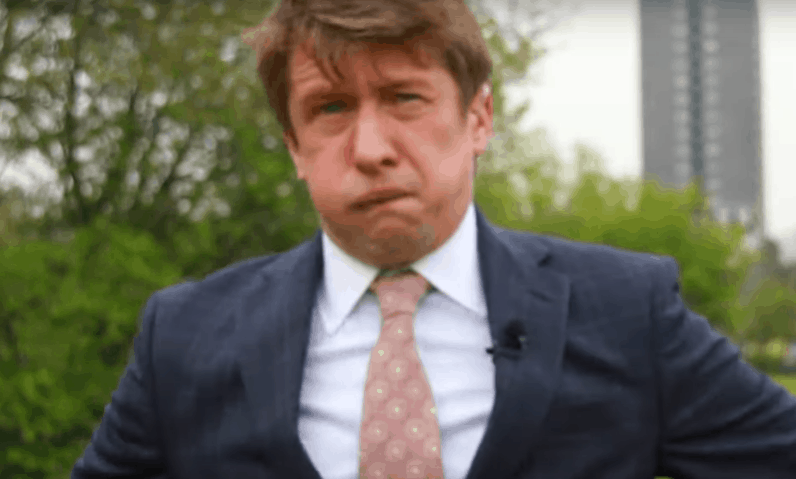 Jonathan Pie creator Tom Walker believes the coronavirus crisis is giving us an inkling of what is to come from Boris Johnson.

Speaking exclusively to The London Economic the political satirist said the Prime Minister’s handling of the pandemic shows how he is likely to act in a post-Brexit world.

“It’s as if Boris is being contrary and that somehow we’re going to do things differently because we’re not in Europe anymore”, he said.

Adding that the disease may also provide “Boris and his cronies” with an excuse to “blame the poor state of the economy on coronavirus” and “not the doldrums of Brexit”.

The worst possible Brexit we could have asked for

Speaking after announcing new dates for his 2020 Fake News Tour, Walker shared his misgivings about Britain’s political future outside of the European Union.

“It’s the worst possible Brexit we could have asked for,” he said.

“We are now just a small island, adrift, that no one gives a shit about. No one cares about Brexit other than us. I think it will take a long time to recover”.

He also bemoaned Labour’s lack of clarity surrounding Brexit which contributed to the party’s poor performance in the December 2019 election.

Despite being a Corbynista, Walker admits that it has become harder and harder for Pie to “like Corbyn” since his lack of clarity surrounding Brexit which contributed to the party’s performance in the December 2019 general election.

“I knew it was inevitable. I knew that we were going to leave the EU at some point and by spending three or four years sitting on the fence essentially handed Boris Johnson the keys to number 10 with a huge majority. That was Labour’s strategy.”

“Unfortunately, that’s what Corbyn’s legacy is. You would have hoped that he would have pulled labour back towards the left, which would have been a reasonable legacy- but I fear it will go to centre and become as woke as it possibly can.”

“There’s something slightly sad and embarrassing in him still being at prime minister’s questions, I’ve got to be honest. We haven’t had an effective opposition for a long time.”

Speaking about Labour frontrunner, Sir Keir Starmer, Walker says: “ When [Starmer] suggested that he would put in for another referendum to see if we wanted to rejoin the EU, I asked myself whether he had learnt nothing from the election. Was he not aware that many many traditional labour voters voted for Brexit because they genuinely wanted it.”

And he suggests that the Labour leadership contest is of very little interest.

“The funny thing is no one gives a shit about who becomes the next Labour leader, it is so far down the list of priorities even before Coronavirus.”