The lieutenant governor of Texas spoke out after Donald Trump said he wants the US to reopen for business within weeks. 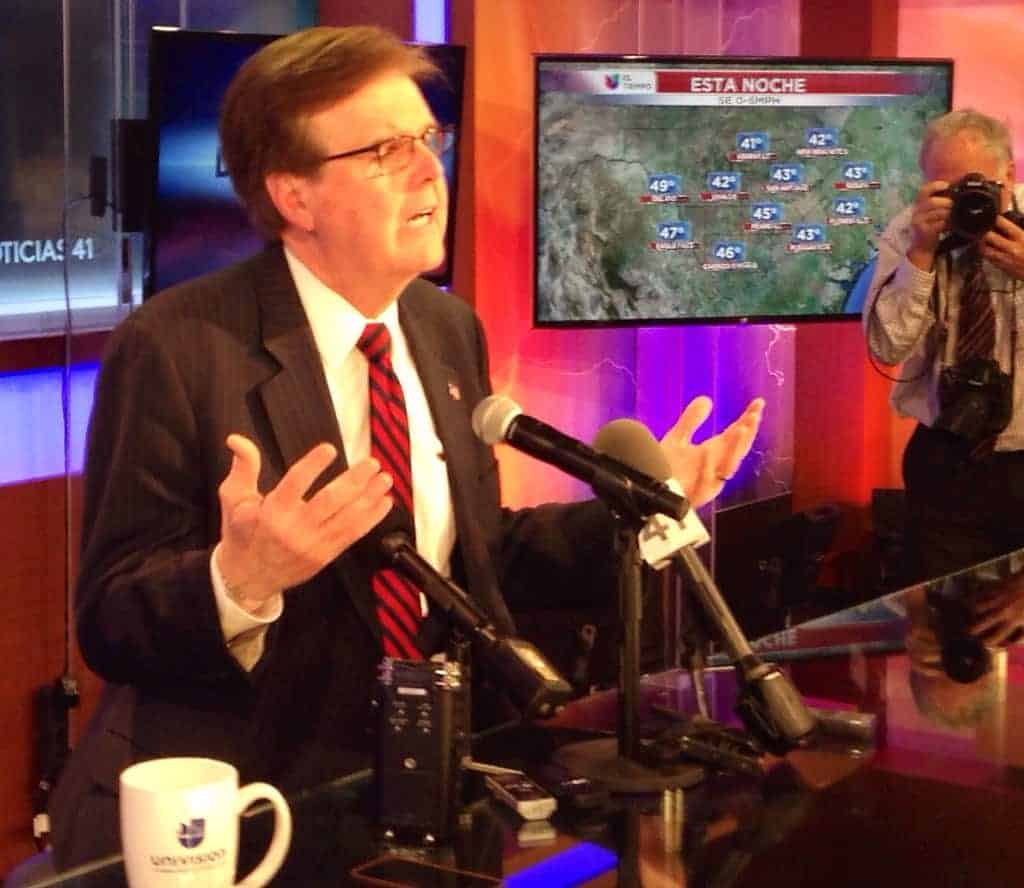 A US Republican has claimed older people would rather die than see the economy damaged because of public health restrictions.

The lieutenant governor of Texas went on Fox News to argue in favour of people going back to work as Donald Trump pushed to reopen the US economy within weeks.

Patrick said he feared that public health restrictions to prevent coronavirus could end American life as he knows it, and that he is willing to risk death to protect the economy for his grandchildren.

“You know, Tucker, no one reached out to me and said, ‘As a senior citizen, are you willing to take a chance on your survival in exchange for keeping the America that all America loves for your children and grandchildren?’”

“And if that’s the exchange, I’m all in.

“That doesn’t make me noble or brave or anything like that,” he added. “I just think there are lots of grandparents out there in this country like me.”

Reopen for business in weeks

President Trump has said he wants to reopen the US for business in weeks, not months, as he claimed continued closures could result in more deaths than Covid-19 itself.

“We can’t have the cure be worse than the problem,” Mr Trump told reporters at a press briefing on Monday, echoing a tweet he sent late on Sunday.

“We have to open our country because that causes problems that, in my opinion, could be far bigger problems.”

Mr Trump acknowledged there were trade-offs, but claimed, without apparent evidence, that if closures stretched on for months there would be “probably more death from that than anything that we’re talking about with respect to the virus”.

The comments were further evidence that Mr Trump has grown impatient with the pandemic, even before it has reached its expected peak.

In recent days, tensions have been rising between those who argue the country needs to get back up and running to prevent a deep economic depression, and medical experts who warn that, unless more extreme action is taken, the human cost will be catastrophic.

Health experts have made clear that unless Americans continue to dramatically limit social interaction — staying home from work and isolating themselves — the number of infections will overwhelm the health care system, as it has in parts of Italy, leading to many more deaths.

While the worst outbreaks are concentrated in certain parts of the country, such as New York, experts warn the highly infectious disease is certain to spread.

But with the economic impact now snapping into focus with millions out of work, businesses shut and stock markets in freefall — all undermining Mr Trump’s reelection message — the chorus of backlash is growing louder.

“We can’t shut in the economy. The economic cost to individuals is just too great,” Larry Kudlow, Mr Trump’s top economic adviser, said in an interview on Monday on Fox News Channel.

“The president is right. The cure can’t be worse than the disease, and we’re going to have to make some difficult trade-offs.”

“The cure is worse than the disease”

That opinion has been echoed by others in the White House, some Republicans in Congress and on Fox, where host Steve Hilton delivered a monologue on Sunday night that appeared to have, at least partially, inspired Mr Trump’s tweet.

“You know that famous phrase, the cure is worse than the disease? That is exactly the territory we’re hurtling towards,” Hilton told his viewers, describing the economic, social and human impact of the shutdown as an “even bigger crisis” than the virus.

“You think it’s just the coronavirus that kills people? This total economic shutdown will kill people,” he said, pointing to growing poverty and despair.

The White House, which for the last two weeks has largely allowed doctors to lead the administration’s response, already seemed to be shifting in that direction.

“I’m not looking at months, I can tell you right now,” Mr Trump said on Monday, adding America would soon be back open for business.

He added, however, that states could continue to enforce stricter measures.

Mr Trump tweeted that he would be waiting until the end of the current 15-day period of recommended closures and self-isolation to make any decisions.

At the same time, the Centres for Disease Control and Prevention was exploring new guidance making it possible for people working in “critical infrastructure” jobs who have been exposed to the virus to return to work faster “by wearing a mask for a certain period of time,” Vice President Mike Pence said.

It’s a change in tone that is drawing criticism from public health experts, who suggested Mr Trump risked making a dangerous mistake if he sets up a conflict between public health and the nation’s economic well-being, given how unlikely it is that the threat posed by the virus will subside in another week.

If the US stops social distancing too soon, “you will have more deaths and more dives in the stock market,” warned Lawrence Gostin of Georgetown University, a lawyer with extensive public health expertise.

And the outbreak could come surging back once people return to their normal routines of commuting, working, dining out and socialising — further stressing the economy.

John Auerbach, president of the non-partisan Trust for America’s Health, which works with governments at all levels, said widespread illness and death also had a powerful economic impact that was impossible to ignore or understate.

“If you don’t flatten the curve and minimise those who are getting infected, the amount of sickness will cripple business,” Mr Auerbach said.

“There is no functioning economy unless we control the virus,” he warned on Twitter. “Try running an economy with major hospitals overflowing, doctors and nurses forced to stop treating some because they can’t help all, and every moment of gut-wrenching medical chaos being played out in our living rooms, on TV, on social media, and shown all around the world.”

Related: Gove forced to correct remarks on children with separated parents after getting government policy wrong