The UK and India have agreed an "enhanced partnership" - but Brussels is on cusp of announcing comprehensive trade deal with New Delhi. 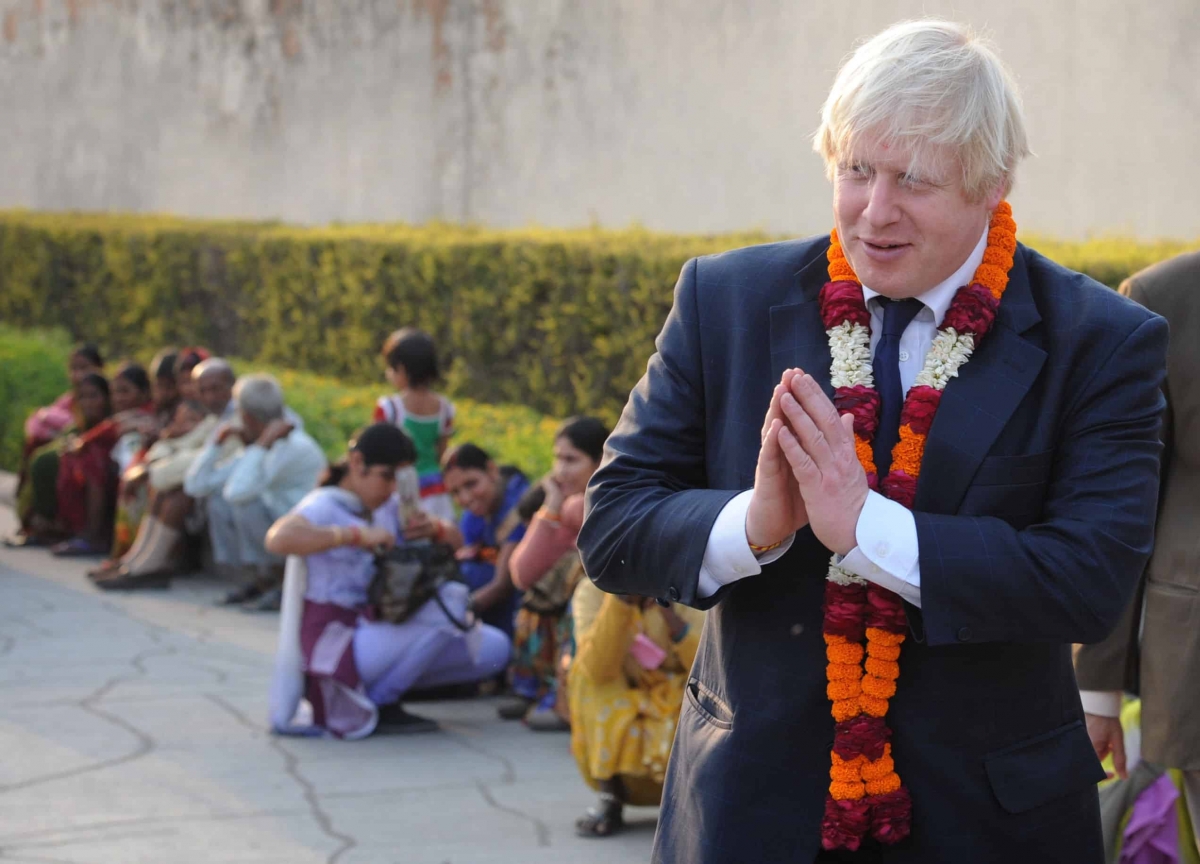 London Mayor Boris Johnson visits the Akshardham Temple in New Delhi, a sister temple to the Neasden Temple in North West London, on the first of a six-day tour of India, where he will be trying to persuade Indian businesses to invest in London.

Boris Johnson has announced a £1 billion trade package with India – but trails the European Union in the hunt for a post-Brexit trade deal with the coronavirus-stricken country.

The prime minister said on Tuesday, ahead of a virtual meeting with counterpart Narendra Modi, that 6,500 jobs would be created in the UK through trade and investment deals with India – focussing on health, technology and vaccine development.

This includes some £240 million investment by the Serum Institute of India, supporting clinical trials, research and possibly the manufacturing of vaccines.

But, with the agreement amounting to little more than an “enhanced partnership”, Brussels is set to steal a march on the UK, hailing “clear momentum” on trade talks with India, which are set to be confirmed as early as Saturday.

Negotiations between India and the European Union were suspended in 2013 following disagreements over tariff rules for car parts and free movement rights for professionals – but both sides have prioritised resuming talks.

On Monday, Ursula von der Leyen and Modi discussed the deal, with the European Commission president writing on Twitter that “there is clear momentum to strengthen our strategic relations on trade, digital, climate change and multilateralism.”

She added: “I’m encouraged by the prospect of intensifying our trade and investment relations.”

Touting the UK’s new partnership with India after his trip to the country was cancelled amid a devastating surge in Covid-19 cases, Johnson said “the economic links between our countries make our people stronger and safer”.

He added: “Each and every one of the more than 6,500 jobs we have announced today will help families and communities build back from coronavirus and boost the British and Indian economies.

“In the decade ahead, with the help of new partnership signed today and a comprehensive free trade agreement, we will double the value of our trading partnership with India and take the relationship between our two countries to new highs.”

The prime minister has announced new trade and investment deals with India worth £1bn. – To put this in context our trade with the EU is worth £294bn. Trade which is threatened by the Brexit deal which imposes costs and trade frictions. https://t.co/3JJB8F8Qhw

However critics were quick to point out that the partnership is dwarfed by the value of the UK’s previous trading relationship with the EU – which has been disrupted by a host of new costs and tariffs, introduced by the prime minister’s post-Brexit trade deal.

Brussels forecasts earlier this year found that the economic blow dealt by Brexit will be four times greater in the UK than the EU.

The Commission said that Johnson’s trade deal would generate a loss in gross domestic product by the end of 2022 of about 2.25 per cent in the UK, compared with continued membership. The hit to the EU, by contrast, is estimated to be roughly 0.5 per cent over the same period.

Trade deals with India and the United States have been top priorities for the government, which vowed that they would quickly fill the gap left by Brexit.

But with Joe Biden also stalling trade talks, the UK has instead been forced to turn to places like Australia and New Zealand – close allies, but countries which don’t provide a big trade boost to Britain.

“The prime minister can talk in platitudes about future trade targets, but we’re yet to see the influx of post-Brexit free trade agreements that was promised,” Sarah Olney, the Liberal Democrat trade spokesperson, told the Independent.

“The same can be said of the trade relationship with India at this stage, and it’s extremely doubtful that a full FTA is on the cards.”

Naomi Smith, chief executive of the campaign group Best for Britain, added: “We know historically that India starts rather more trade talks than it finishes, so this promise to negotiate a comprehensive UK-India trade agreement should be taken with a large pinch of salt.”