The PM joked he had received “masses of letters to resign, mostly from my closest family”. 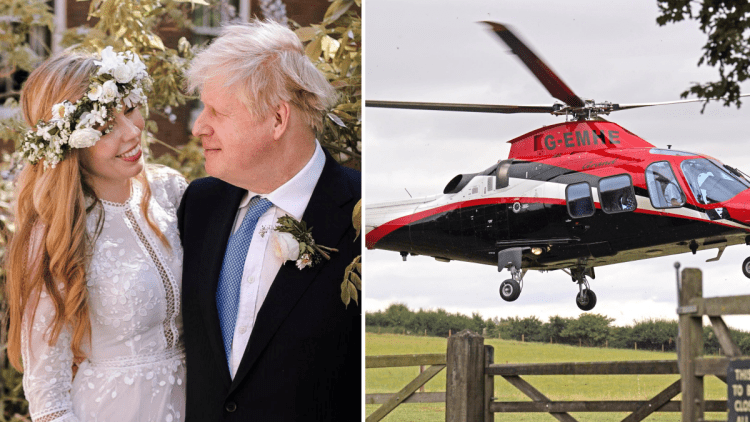 Boris Johnson used a party speech celebrating his wedding to bemoan moves against him as prime minister of the United Kingdom.

The PM joked that his removal from No 10 was the “greatest stitch-up since the Bayeux Tapestry” in a speech at a party on Saturday.

Carrie Johnson, his wife, also delivered what was described by one guest as a “touchingly funny speech” that was “full of affection” for the prime minister.

The couple were later joined on the dance floor by Wilf, their two-year-old son, guests told The Times.

Johnson’s closest cabinet supporters attended the party at Daylesford House, an 18th-century country estate in the Cotswolds owned by Lord Bamford, the chairman of JCB, who has given about £14 million to the Conservative Party since 2001 and was involved with Johnson in the Vote Leave campaign in 2016.

Other politicians in attendance were Lord Goldsmith of Richmond Park, an environment minister, and John Whittingdale, a former culture secretary.

Dressed in a cream linen suit and blue shirt and tie, the prime minister read from notes written on a couple of A4 sheets of paper.

He joked that he had received “masses of letters to resign, mostly from my closest family”, according to one of the guests who attended.

One source said Johnson, 58, made fun of his recent misfortunes by telling guests: “There are many opportunities, which lead to disasters, and disasters can lead to new opportunities, including to opportunities for fresh disasters.”

Joking about how he had begun to “become aware of the cloud on the horizon”, Johnson described the mass resignations from his government last month that forced him to announce his own resignation as “the greatest stitch-up since the Bayeux Tapestry”.

Related: Starmer gets brutally trolled over letter to Lionesses