From the newsletter: Boris Johnson's levelling up speech was short on detail because he doesn't have any ideas. 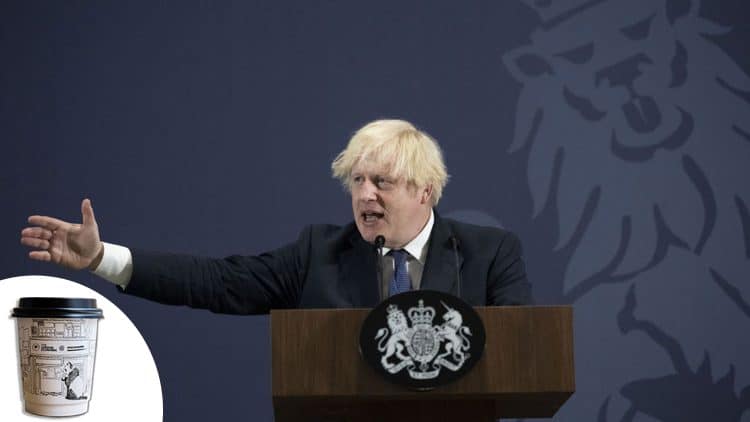 Good morning. “Here is the plan for levelling up,” Boris Johnson bellowed. This was it, the moment some meat would be put on the bones of a two-year-old slogan. “We’ve got to begin with fighting crime,” the prime minister said, announcing the already-announced recruitment of 20,000 new police officers. Next he unveiled a tranche of funding to build new football pitches, quickly following it with a pledge to tackle the “problems of junk food”. Then came the periodic reminder of plans to build new hospitals and recruit extra nurses. There was a vow to support regional transport infrastructure and some spiel about “gigabit broadband” – which Johnson toe-curlingly claimed would soon be “probing its invisible electronic tendrils into every home in the land.”

And that was more or less it. A mish-mash of stuff we already knew about, a handful of jolly phrases (“the ketchup of catch-up”) and an enormous dollop of window dressing. So light on substance was Johnson’s speech that Dominic Cummings felt moved to intervene, descending from on high to inform us with a tut that ‘levelling up’ “wasn’t the product of ANY thought of ANY kind”. It was, he said, “pure Trolley burbling!” Silly us for taking the government’s stated aims and ideas seriously, I suppose.

Regardless, it was striking that Johnson, addressing what he called “the most important factor in levelling up”, used near-identical rhetoric to Matthew Brown, the radical Labour leader of Preston City Council. Johnson described the UK as “one of the most imbalanced” and “one of the most centralised” countries in the developed world, suggesting “those two defects are obviously connected”. Brown – whose politics could not be further from Johnson’s – agrees. “We are the most centralised country in the European Union,” he told me earlier this year, comparing the powers given to local authorities in cities like Berlin, which are able to do stuff like bringing water into public ownership. “We don’t have those choices here.”

Johnson and Brown agree on the diagnosis – it’s the cause and the cure where they diverge. The prime minister admitted in yesterday’s speech that the Tories had, “for many decades”, “relentlessly crushed local leadership”. Why? Because “irresponsible municipal socialist governments were bankrupting cities”. Thankfully, Johnson continued, “that argument is now over”, because “most of the big metro mayors” agree with the Tories that “private sector investment is crucial”. In short, devolution is good – but only on our terms.

This is the crux of what Brown calls the “sham” of “Tory devolution”. Until now, the only thing that’s really been devolved has been the responsibility for enacting the Westminster’s government’s agenda, within its stringent economic and financial rules. That, above all else, is why Johnson didn’t have much to say about Tory levelling up: because it doesn’t really work without exploding your own ideology. “One of the biggest challenges we have in this country is the level of inequality,” Brown told me after Johnson’s speech yesterday. “To tackle that at a local government level, you need to be empowered to do things that other countries can do – like building social housing at scale. Unless we’re given similar powers as in France or Germany, it’s meaningless rhetoric.”

With Johnson still determined to deride the “loony left”, the chances of that happening are slim. So, instead, we’ve got a £4.8 billion Levelling Up Fund, funnelled towards Conservative marginals, and cosmetic interventions like building more cycle lanes in the Midlands. Small wonder the prime minister finished his speech by imploring the listening public to come forward with ideas “for how you will level up”. A commitment to real devolution is welcome – but it’s not coming from this government.