Ian Blackford asked whether he had "considered calling it a day before he gets pushed." 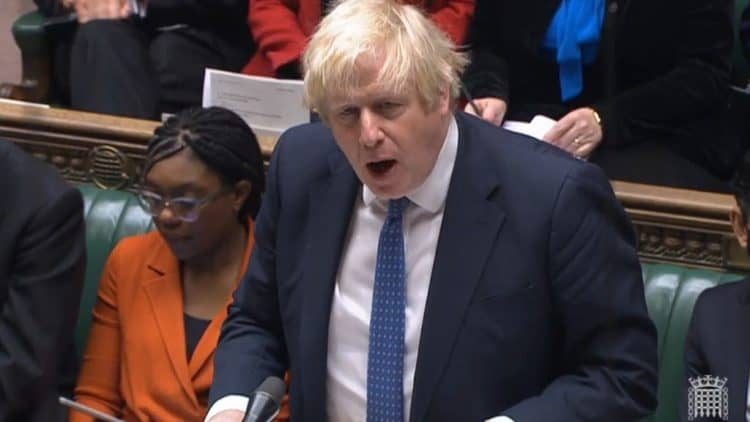 Boris Johnson was forced to defend his record in office as he faced questions about his leadership and political future.

In a rowdy session of Prime Minister’s Questions, Mr Johnson was cheered by Tory MPs as he rejected claims he was not fit for office.

The Prime Minister’s appearance in the Chamber followed criticism from within his party in a series of hostile briefings since a chaotic speech at the Confederation of British Industry on Monday.

The Chancellor sat next to Mr Johnson in the Chamber as Sir Keir said: “The Prime Minister’s routine is falling flat. His Chancellor is worried that people are getting wise, his backbenchers say it’s embarrassing… and senior people in Downing Street tell the BBC ‘it’s just not working’.”

Echoing the question asked by a journalist on Monday, Sir Keir said: “Is everything OK, Prime Minister?”

The Prime Minister responded: “I’ll tell you what’s not working, it’s that line of attack.”

The Labour leader accused Mr Johnson of breaking a promise that no one would have to sell their home to pay for social care under his reforms for England, on top of a pledge he had already abandoned on not raising taxes.

Sir Keir said: “Who knows if he will make it to the next election. But if he does, how does he expect anyone to take him and his promises seriously?”

The Labour leader branded the social care cap a “working class dementia tax” because poorer families face losing proportionally more of their assets than wealthier ones.

Johnson defended his record and attacked Labour, saying his social care plan “does more for working people up and down the country than Labour ever did”.

And he said: “There are now more people in work than there were before the pandemic began, that’s because of the policies this Government has pursued.”

There was more support for Mr Johnson at Prime Minister’s Questions than there had been last week, although some gaps were still visible on the Tory benches.

At one point as Conservatives barracked Sir Keir, the Labour leader said: “I see they have turned up this week, Prime Minister.”

“Why is he clinging on when quite simply he isn’t up to the job?”