Boris Johnson pledged to create a tolerant “modern British culture” as prime minister after being challenged over his “arguably racist” comments about Muslim women. The would-be prime minister was questioned at a hustings in Nottingham about how he could represent minority groups following his “derogratory” remarks in a newspaper column comparing veiled Muslim women to […] 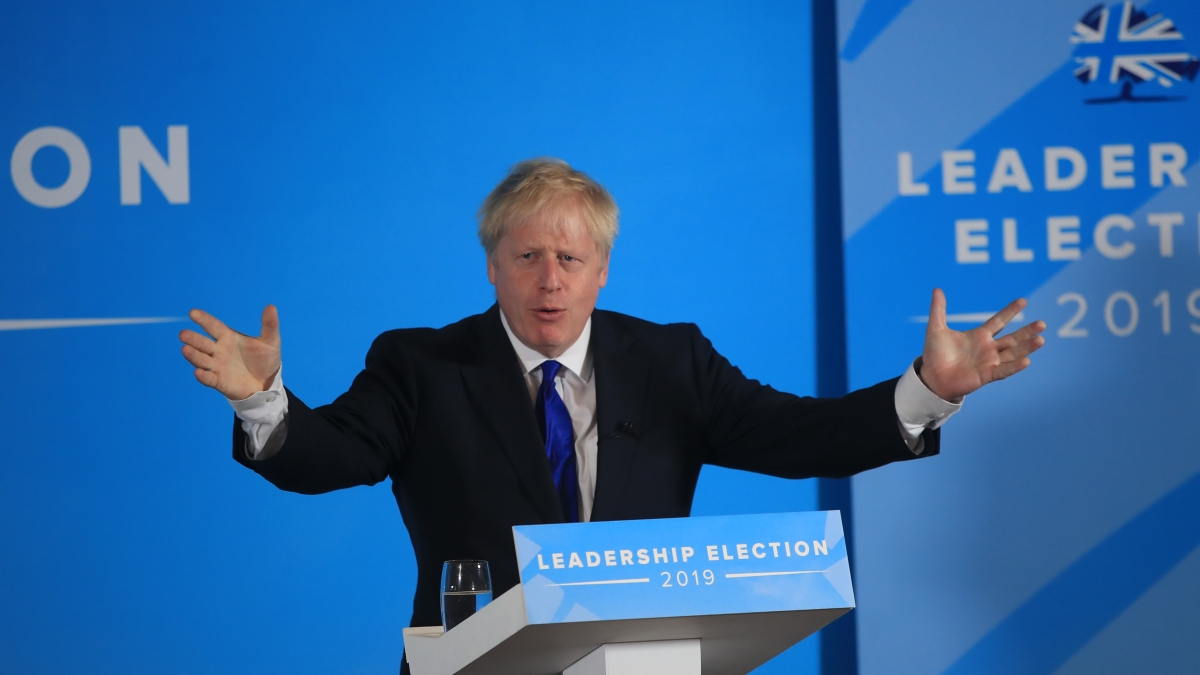 Boris Johnson pledged to create a tolerant “modern British culture” as prime minister after being challenged over his “arguably racist” comments about Muslim women.

The would-be prime minister was questioned at a hustings in Nottingham about how he could represent minority groups following his “derogratory” remarks in a newspaper column comparing veiled Muslim women to “letter boxes”.

Mr Johnson insisted he wanted a British culture based on respect and insisted he would lead a centre-ground administration.

The former foreign secretary has been dogged by questions about his views following the 2018 Daily Telegraph column on women wearing the burka.

He has also faced criticism over a 2002 article describing black people as “piccaninnies” and referring to “watermelon smiles”.

At a hustings in Nottingham he was asked by a Tory member if he would be “a fitting prime minister for everyone, including minority groups” after his “derogatory and arguably racist comments in the past, for example about women wearing the burka”.

Mr Johnson said the column was “a strong, liberal defence of the right of women to wear the burka”.

He added that he had been mayor of London, the “city that is the most diverse on earth”.

“That should be our general approach and I think the British people get it.

“That’s what we should radiate from the modern Conservative Party and I think we do.”

Mr Johnson said that the Tories should be “a party that’s committed to social justice” and protecting the environment.

“Our modern Conservative agenda is not only right for the economy, it’s deeply progressive,” he said.

The latest in a series of hustings events around the country came as Mr Johnson set out plans for violent or sexual offenders to remain locked up for longer if he becomes prime minister.

He said it was wrong that prisoners were routinely let out after serving just half of the sentence handed down in court.

Mr Johnson also said Theresa May had been mistaken to introduce curbs on the police’s stop and search powers, and said it was important to “change that balance back” in favour of officers by implementing reforms announced by Home Secretary Sajid Javid.

But while he struck a tough tone on law and order, Mr Johnson hinted to the Daily Mail he could grant an amnesty for long-term illegal migrants.

Setting out his views on sentencing, the former London mayor told the newspaper: “I’m afraid there are too many people, because of the way the sentencing law works, who have committed serious violence or sexual offences who are being let out, as the law prescribes, after they’ve served only half the sentence that is pronounced in open court.

“This is happening. And I’m talking about serious sexual or violent offenders.

Mr Johnson promised a “relentless focus” on knife crime and criticised the 2014 measures on stop and search brought in by Mrs May.

He has already pledged to spend £1.1 billion a year funding 20,000 extra police officers as part of his pitch to Tory members to elect him as their leader on July 23.

On the prospect of an amnesty for migrants who have been living illegally in the UK for at least 15 years, Mr Johnson said as long as they have “played by the rules” while in the country they might be allowed to stay.

“I think if people have been here for a very long time, and they haven’t fallen foul of the law and they have played by the rules, all I will say is we should look at it.”

Mr Johnson’s hopes of becoming the next prime minister received a boost as a poll of Tory members suggested he was on course for a comfortable victory over Jeremy Hunt, with three-quarters of Conservatives supporting him.

Mr Johnson is backed by 74% of Tory members against 26% for Mr Hunt, according to a YouGov poll for The Times, carried out between July 1 and 5.

Mr Hunt acknowledged “Boris has been way out the frontrunner” but he urged members to delay casting their ballots until after next week’s TV set pieces – an ITV debate on Tuesday and in-depth BBC interviews on Friday.

It is already too late to win over some Tory members, whose ballot papers have already been filled in and returned to party HQ.

The party has also faced calls to tighten up procedures after it emerged hundreds of members may have been sent two ballot papers.

The Conservative Party said anyone caught voting twice would be expelled.

Mr Hunt told The Times: “The big message I want to give to Conservative Party members is wait to see me and Boris in action on the TV debates.

“Try before you buy.”

The Foreign Secretary said there was “a lot of switching going on now they’ve got the bigger picture, that’s causing people to think – yes. they want Brexit, but they want a vision beyond Brexit”.