"The massive disappointment was to discover that that wallpaper had started to peel off of its own accord and had actually been painted over by Liz Truss." 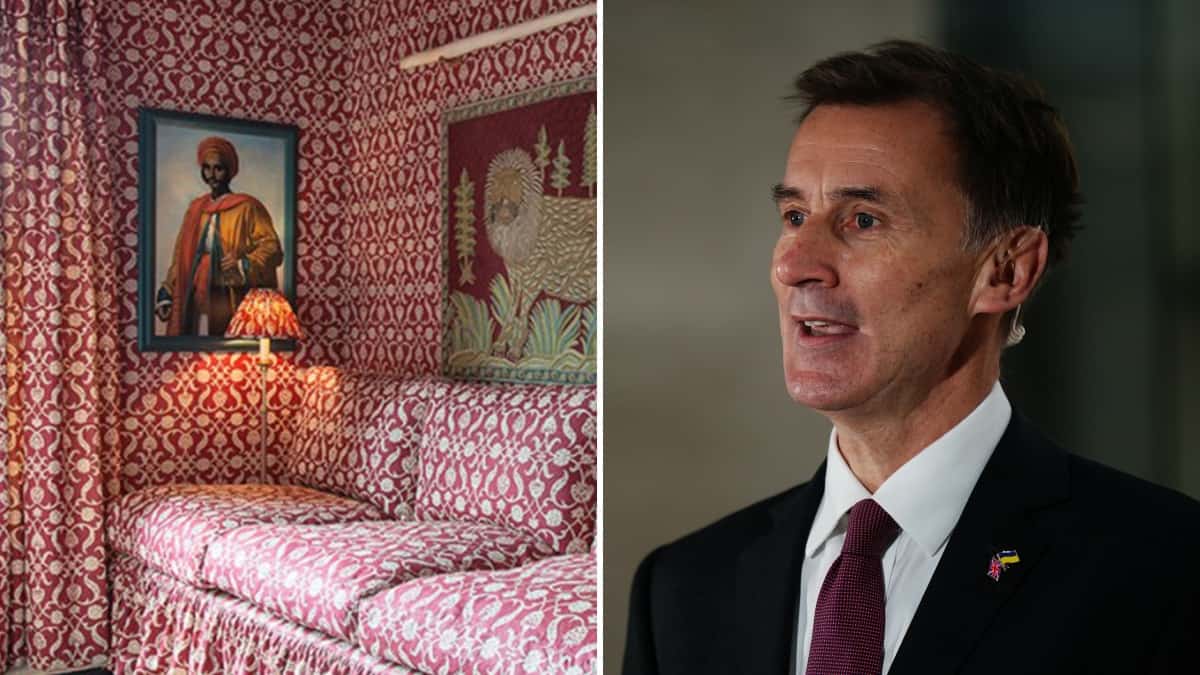 Jeremy Hunt has claimed that the eye-wateringly expensive wallpaper used by Boris Johnson to decorate No 11 Downing Street is already peeling off.

The former prime minister hit the headlines in April last year after it emerged that he and his wife, Carrie, spent as much as £200,000 on a luxury revamp of the official residence.

It later came to light that the work, inspired by upmarket interior eco designer Lulu Lytle, had been paid in part by Lord Brownlow, a Conservative Party peer, sparking claims that Johnson broke spending rules, although he was eventually cleared by his “independent” adviser.

Now, the chancellor has revealed the ludicrously expensive wallpaper has already started to “peel off”.

Speaking at The Spectator magazine parliamentary awards, where he bagged the Survivor of the Year award, he said:

“We are moving in, as it happens this weekend.

“I had one or two other things on until then. We did go in though, just to have a look around the flat first and, of course, where did we want to go first? We wanted to go and see the wallpaper”.

He added: “The massive disappointment was to discover that that wallpaper – this may be a world exclusive – had started to peel off of its own accord and had actually been painted over by Liz Truss. So I will be saying to my children: scratch over there, there’s gold in them walls.’”