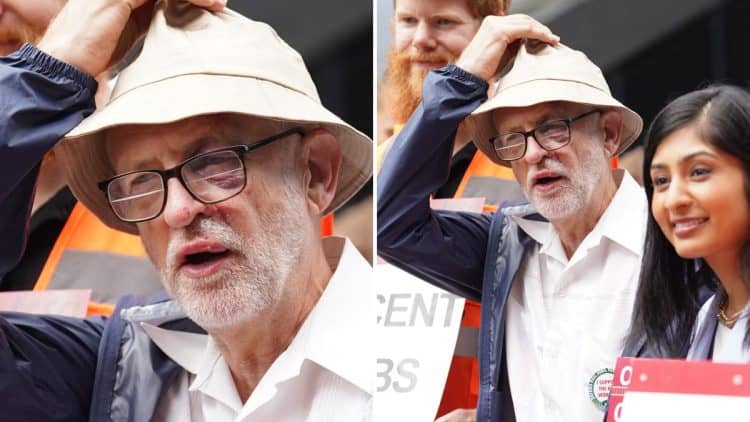 Jeremy Corbyn has said he suffered a black eye and a split lip after a running injury.

Only around one in five trains were running across the country on Thursday because of the walkout by members of the RMT and TSSA unions, causing significant disruption for commuters and travellers.

Mr Corbyn, speaking at the picket line, could be seen sporting a black eye and split lip from what he said was a running injury.

He also took the opportunity to criticise Sir Keir Starmer’s sacking of a shadow transport minister for giving interviews from a picket line last month.

He added: “Sam is a trade union person like me, he used to work for the TSSA, he went on a picket line to support his union and his members.

“I think to dismiss him from his shadow position was very unfair.”

Mr Corbyn told Mr Tarry after his sacking that he was “very sorry because he was doing a very good job, he was trying to develop a… much better national transport strategy”.