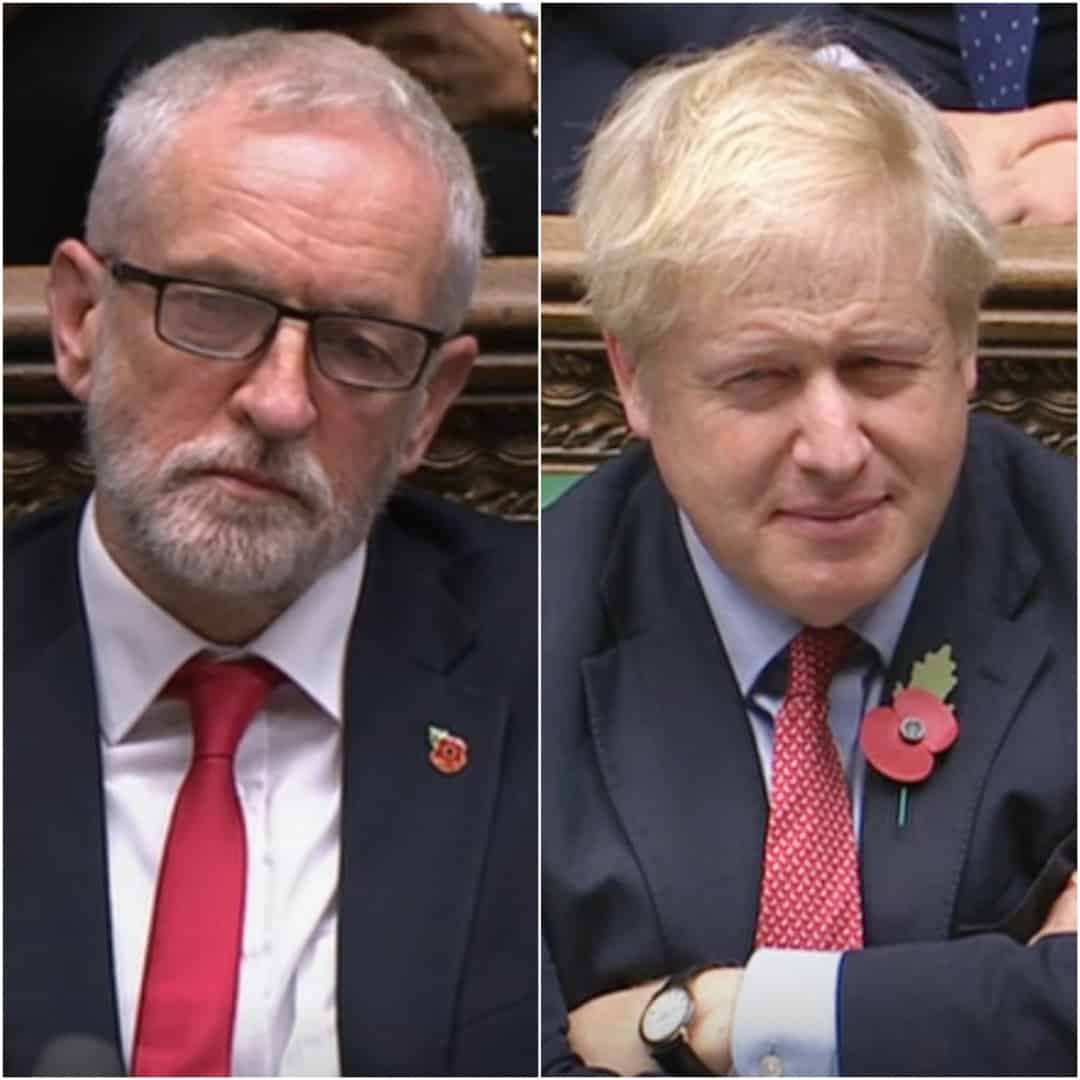 Jeremy Corbyn is challenging Boris Johnson to face him in head-to-head televised debates during the election campaign.

But it was unclear whether the Labour leader was willing to accept a challenge for a three-way discussion from Liberal Democrat leader Jo Swinson.

On Wednesday, Boris Johnson dodged a question from Lib Dem leader Swinson when she challenged him for a discussion.

The Labour Leader’s spokesman said: “As we demanded of Theresa May and she refused to agree, we would challenge Boris Johnson to agree today to head-to-head TV debates in this campaign.”

“But there are only two people who can be prime minister at the end of this campaign and I think the British public have a clear right to see them debate head-to-head on TV and hear their cases.”

Ms Swinson challenged the PM in the Commons so they can be scrutinised in the run-up to a general election, which is widely-expected to get the go-ahead for December 12.

She told MPs that voters “deserve better than a choice between the two tired old parties”, adding: “So will the Prime Minister commit today to take part in those three-way debates or is he going to run scared?”

Boris Johnson replied: “What the people of this country want is their promises kept.

“I’m not disposed to believe in the promises of the Liberal Democrats when their leaflets in London say they want to revoke the result of the referendum and their leaflets in the south-west of the country don’t mention Brexit at all.

“That’s the bunch of hypocrites, the lot of them, they stand for nothing but a policy of dither and delay and indecision.”

Mr Johnson did take part in two one-on-one debates during the battle for the Tory crown but not before Mr Hunt and others placed him under great pressure to do so.

A ‘once-in-generation’ chance to transform the country

Jeremy Corbyn said the election offered a “once-in-generation” chance to transform the country.

It was the Labour leader’s decision finally to back an election which enabled Mr Johnson to get it through the Commons.

He had been under intense pressure to relent after the Liberal Democrats and the SNP said at the weekend that they would be prepared to support a December poll.

Mr Corbyn said the election as a contest between Conservatives “who think they are born to rule” and Labour’s programme of radical reform.

Writing in the Daily Mirror, he highlighted their plans to take rail, water and energy into public ownership while raising taxes on those “at the top” to invest in public services.

“We’re launching the most ambitious and radical campaign for real change that our country has ever seen. This is a once in a generation chance to build a country for the many not the few,” he said.

The Lib Dems go into the election confident their pro-Remain stance will see them pick up support with leader Jo Swinson pitching herself as “the Liberal Democrat candidate for prime minister” – however unlikely that is.

“It is our best chance to elect a government to stop Brexit,” she said. So far Swindon has ruled out any coalition that would see Jeremy Corbyn becoming PM, but she has not ruled out a coalition with the Conservatives as her predecessor Nick Clegg formed.

For the SNP, Scotland’s First Minister Nicola Sturgeon said it was an opportunity for Scotland to put an independence referendum back on the agenda.

“A win for the SNP will be an unequivocal and irresistible demand for Scotland’s right to choose our own future,” she said.

How To Make: The Hummingbird Bakery’s Classic Brownie