The Labour leader spelled out his 10-year plan, hailing wind power as ‘the future’. 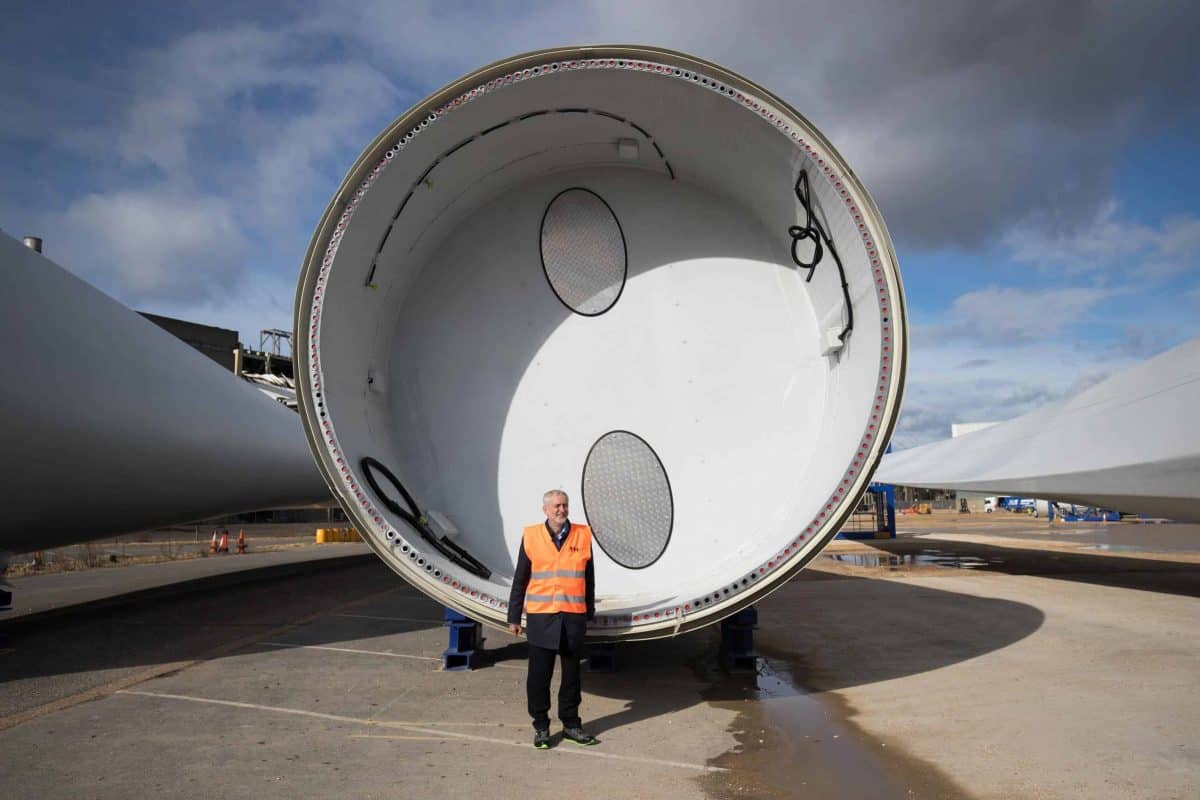 Jeremy Corbyn has praised wind power as “the future” after announcing plans to create 67,000 jobs and 37 new wind farms.

The “crucial” wind farms will be built with a mix of public and private money, Mr Corbyn said, and will increase the UK’s capacity for wind energy five-fold, providing energy for 57 million households.

Speaking as he visited a wind turbine facility near Southampton on Wednesday, Mr Corbyn said: “We have to do everything we can to reduce emissions in order to protect our natural world and our environment.”

He made his comments on the third day of Extinction Rebellion climate change protests in London, adding: “The costs of wind turbines are coming down.

“They are the future. We need to increase the amount of wind generation.”

The project, which Labour said will be worth £83 billion over 10 years, will see 20% of its public profits pumped into coastal regeneration.

The funds, estimated at between £600 million and £1 billion per year, will be spent on projects decided by the communities.

“The local community will decide how it’s spent.

“A library, a park, a youth centre, a nursery.

“People in small towns usually know what’s best for them.”

However, the Conservatives have criticised Labour’s plans and said they would risk jobs.

Energy Minister Kwasi Kwarteng said: “Even Labour’s own supporters have described their plan as ‘utterly unachievable’, showing how Corbyn would risk jobs across the country.

“Why would any investor put money into a nationalised wind farm?”