Katy Payne, 21 graduated as a nurse this week before starting her job at Colchester Hospital in Essex. 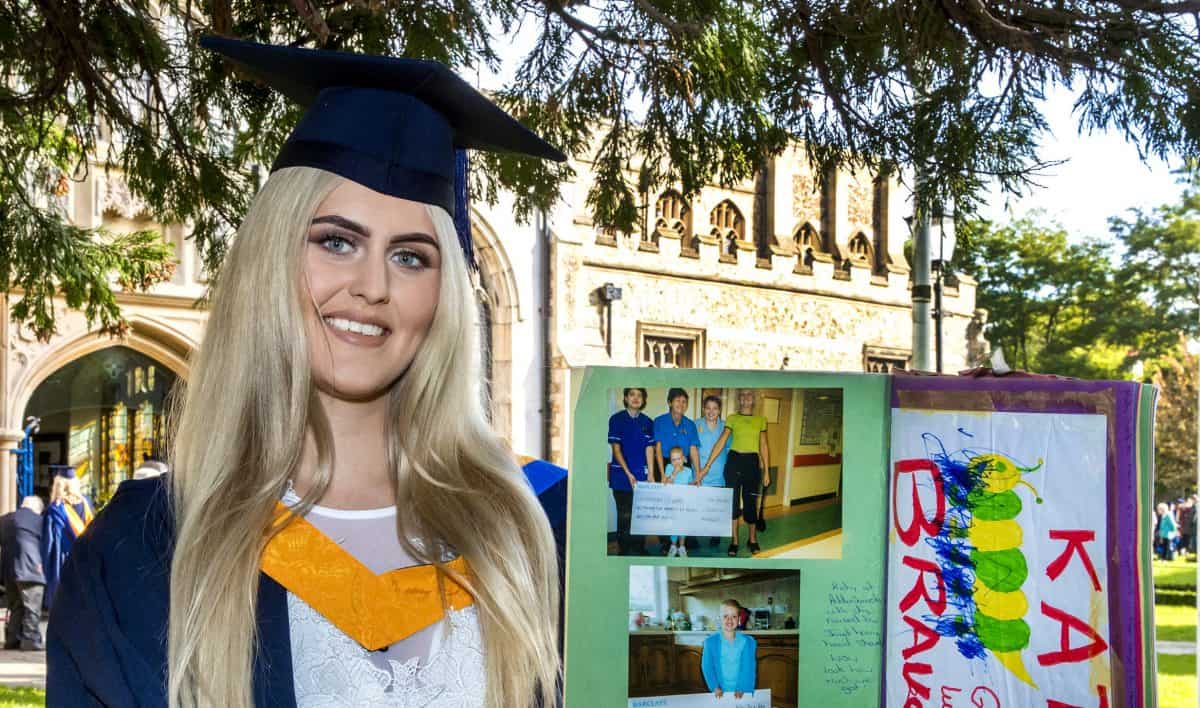 A cancer survivor has started work as a children’s nurse at the hospital where she was diagnosed with leukaemia aged two.

Katy Payne, 21 graduated as a nurse this week before starting her job at Colchester Hospital in Essex.

She works in the same building where medics diagnosed her with leukaemia on Christmas Eve 2000 – aged just two.

She had her last check-up aged 16 after being given the all-clear aged five and was determined to give something back.

She said that her wish to become a nurse began during her treatment when she told her mum “I will become a nurse and make all the children better like they help me”.

The new graduate, of Fingringhoe, Essex, said: “Initially it was thought I had an ear infection, but I had been feeling sick and lethargic and my parents had been concerned.

“They called the GP to our house and I ended up being rushed to hospital.

“I was diagnosed on Christmas Eve and on Boxing Day I was transferred to Addenbrooke’s Hospital, in Cambridgeshire.

“By that point my skin was yellow and my lips were blue.”

Katy underwent treatment at both hospitals for two and a half years, losing her hair twice due to chemotherapy and other medication.

Katy said: “I remember patches of my time in hospital and some of the highs and lows.

“The things I experienced have made me stronger, and I have always said I would like to give something back to the hospital, the doctors and the nurses, and everyone that’s been part of my journey.”

She added: “My mum always tells me that I woke up from a lumbar puncture and I looked at her with my bald head and smiley face and said ‘mum, when I’m older I will become a nurse and make all the children better like they help me’.”

She added: “I’m so excited to become a children’s nurse and be able to share my story with those families who are going through similar situations to my own, to show them how things can change in a positive way.”

The young nurse hopes to specialise in children’s oncology to help youngsters beat cancer, like she did almost two decades ago.