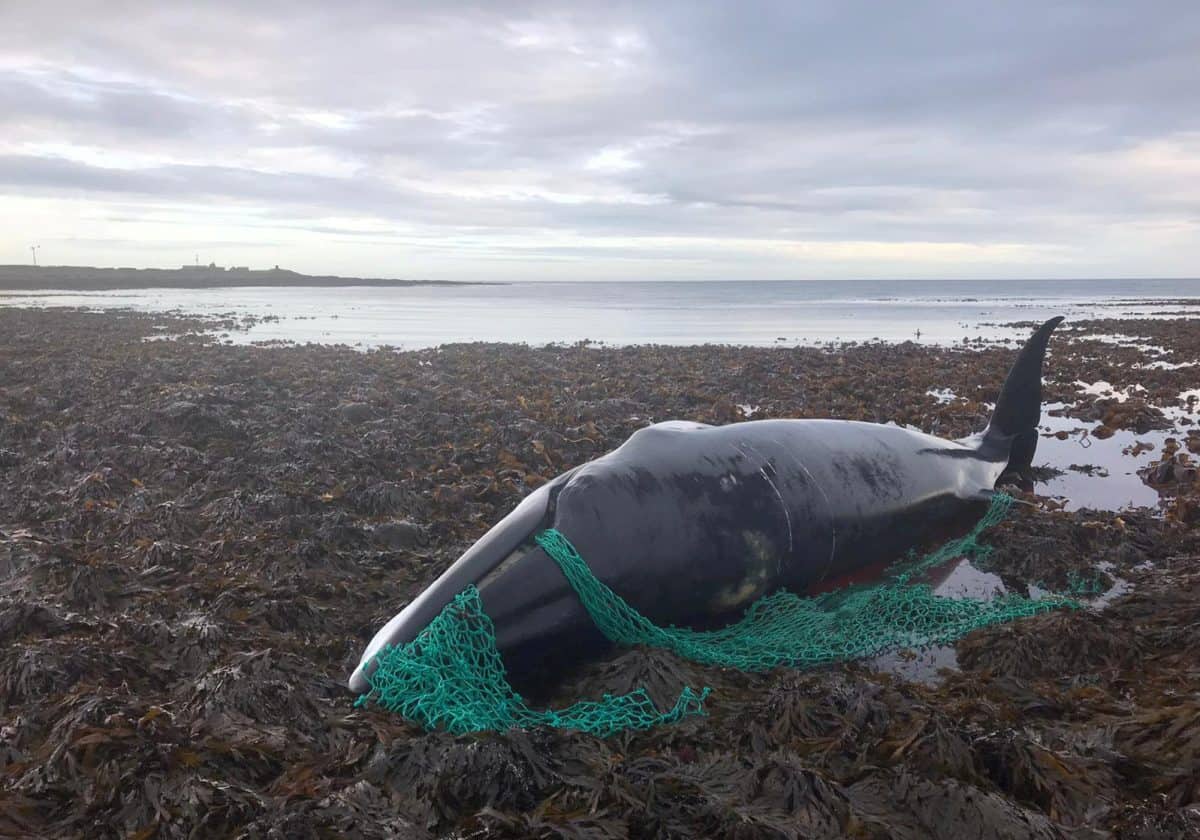 A perfectly healthy pregnant whale was killed after it got tangled on ghost fishing nets.

A spokesperson for the group said it appears the whale live stranded and drowned in the surf line in Sanday, Orkney, before it was found on Sunday (6))

They said: “The animal was in excellent body condition and pregnant with a mid-term foetus.

“It looked like it had become recently entangled in a section of discarded or lost fishing net- this had become jammed in the baleen and then dragged behind the animal.

“This would have hugely impaired the animal from feeding or swimming normally, and likely led to an exhausting last few hours of life.

“Based on the flank bruising and lungs, it appears this creature live stranded and drowned in the surfline.

“Entanglement in nets and fishing lines is a growing global concern and this case highlights that entanglement risk in these species is not just from rope – lost, abandoned or discarded nets also represent a significant hazard to marine life.

“In this case, entanglement cost the lives of two animals – the mother and her unborn, female calf.

“This further demonstrates why such interactions can be both tragic at an individual level and potentially a risk to the population.

“Of course there are situations where gear is lost by accident of misfortune, but, where it isn’t, there is just no excuse for wilfully throwing this stuff overboard.

“Surely it’s not too much to ask for it to be brought back ashore and disposed of in a responsible way?”

The dead whale was found around a week after a successful rescue of a humpback whale which got caught on lobster pots elsewhere in Orkney.