Stewart Hanson, 57, of The Woodlands, Tranmere, accused the Bradford West MP of anti-Semitism. 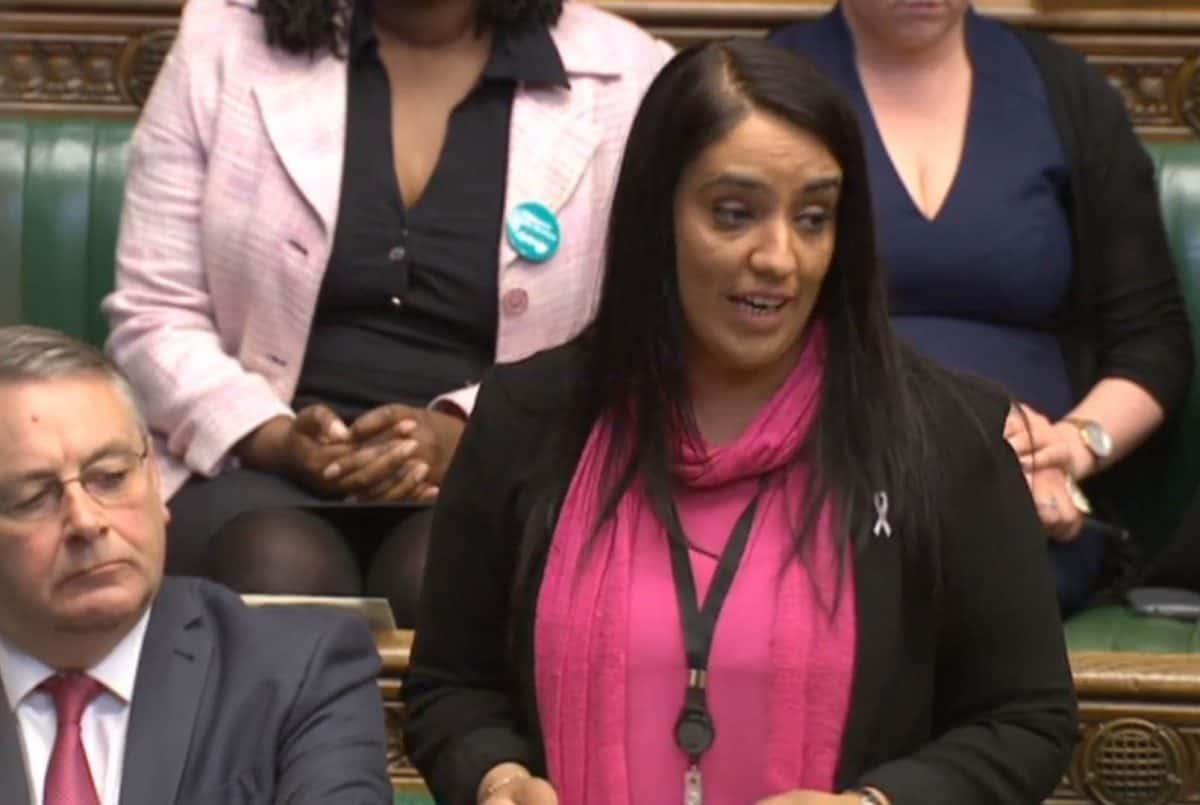 Labour MP Naz Shah as she tells the House of Commons in London that she "wholeheartedly apologises" for words she used in a Facebook post about Israel.

A man who sent an offensive email to Labour’s Shadow Minister for Women and Equalities, Naz Shah, has been jailed for 12 weeks.

He also made racists taunts and threats of violence to Ms Shah and her family in a message to her work account on October 20, said the Crown Prosecution Service (CPS).

Ms Shah contacted West Yorkshire Police, who traced the emails to Hanson, and he was arrested at his home.

On Tuesday, District Judge Nicholas Sanders sentenced him at Wirral Magistrates’ Court to custody and also ordered him to pay £300 compensation to his victim.

Alan Currums, of Mersey Cheshire Crown Prosecution Service, said: “This malicious communication caused Ms Shah significant alarm, harassment and distress, and made her fear for the safety of her family.

“When he was arrested and questioned by police, Hanson said he was ashamed of himself for sending the emails but that’s no explanation and certainly no excuse.

“MPs have a difficult job to do and are often in the public glare. That should not mean that they are targets of vicious, racist taunts and criticism that goes way beyond fair comment. District Judge Sanders pointed out that Ms Shah’s constituency is not a million miles away from that of Jo Cox.

“People often think that when they send an email or social media communication from the privacy of their own home they can’t be traced. That is not true at all. The police and the CPS work together to protect the community from these people who take to their computers to spout hatred, violence and fear.

“There is no room for this sort of behaviour in a civilised society. Mr Hanson has no previous convictions and is now behind bars.”