Led By Donkeys is putting up posters featuring the words of Michael Gove, Matt Hancock and others. 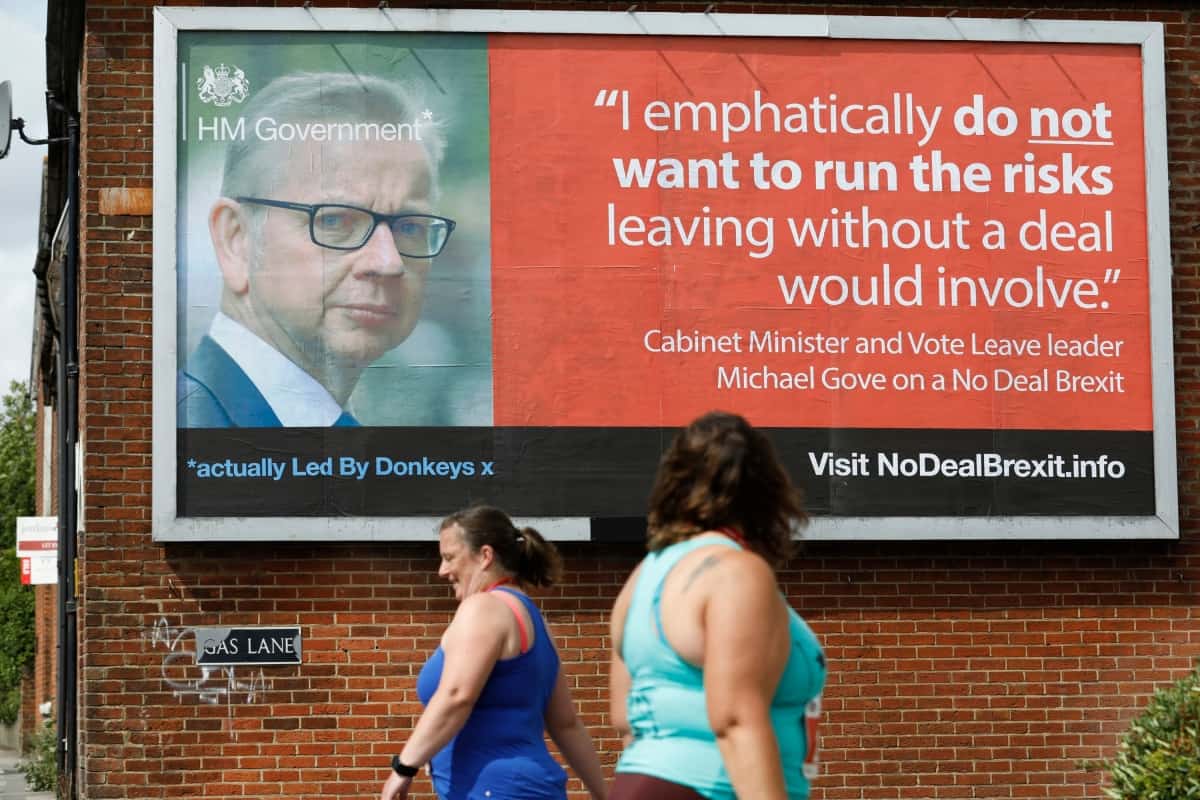 No-deal Brexit warnings from Government ministers are being placed on billboards around the country.

The ads, put together by anti-Brexit campaign group Led By Donkeys, contain warnings against a no-deal departure from the likes of Michael Gove, Nicky Morgan and Jo Johnson, and are presented in the style of official Government posters.

One billboard reads “we cannot guarantee that people will not die as a result of a No Deal Brexit,” a sentiment attributed to Health Secretary Matt Hancock who was reported to have made a similar statement in a Cabinet meeting last year.

Another reads “if we leave without a deal then there will be significant costs to our economy and in particular to farming and food production,” which Mr Gove, who campaigned for Brexit alongside now Prime Minister Boris Johnson, was reported to have said at the National Farmers’ Union conference in February.

The campaign, which has seen 20 billboards erected so far this week, is designed to counter a reported £100 million no-deal advertising drive by the Government.

Led By Donkeys said: “The last time (the Government) ran an advertising campaign it was littered with lies, like their NHS red bus nonsense. Now they’re planning to spend tens of millions of pounds of our money on another propaganda push.

“Ministers fear a crash out No-Deal Brexit could cause job losses, shortages of fresh food and medicine, an increase in organised crime and even death. We’re letting the public know because Johnson and Gove won’t.”

The PM has said he is committed to taking the UK out of the European Union by October 31 with or without a deal.

Led By Donkeys has been responsible for a number of high-profile stunts since its formation in January, including a series of posters displaying politicians’ statements in the form of tweets.

After Mr Johnson won the Tory leadership contest, the group projected an image of him on to Buckingham Palace, with the words: “Your Majesty, your new prime minister is a LIAR.”

The group is attempting to raise £50,000 through a crowdfunding campaign to put up posters in “scores of sites across the country in the coming weeks”.