James Cleverly said it is “not as straightforward” as Johnson resigning if found to have breached the Ministerial Code. 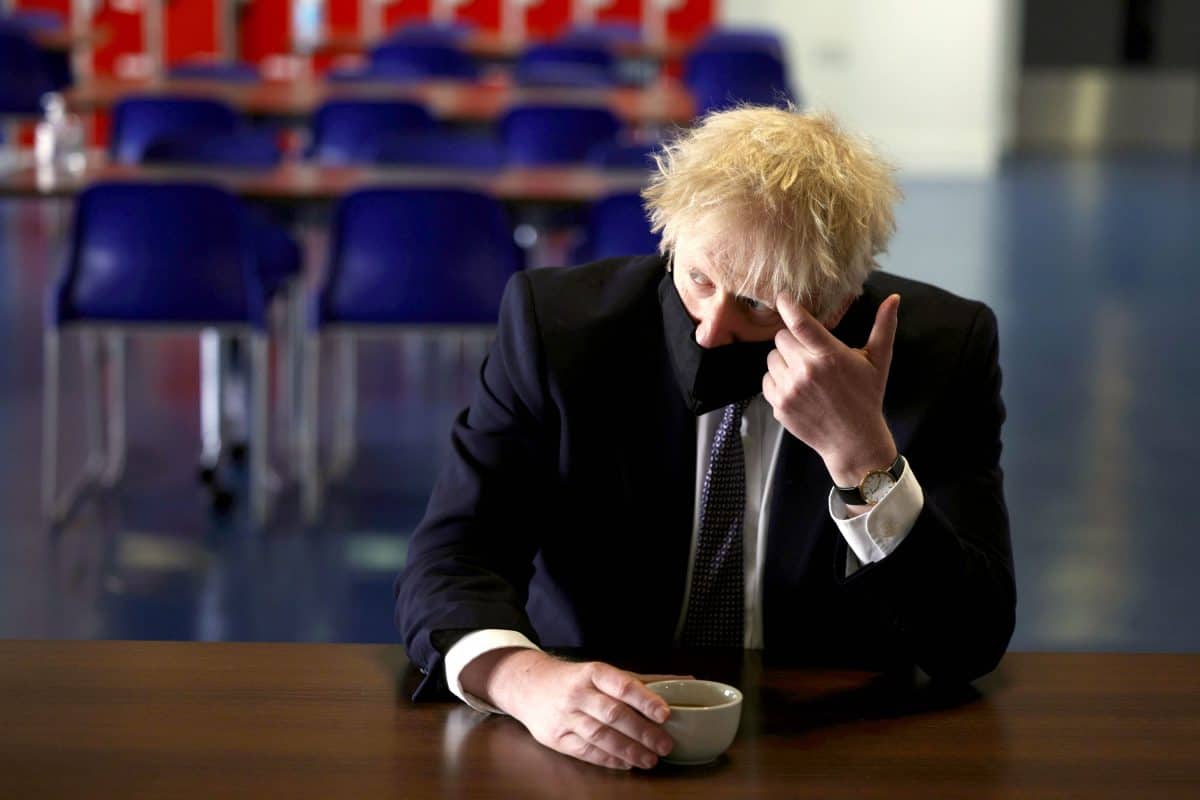 Boris Johnson could refuse to quit – even if an independent investigation finds he broke the Ministerial Code, an ally suggested today.

James Cleverly said it is “not as straightforward” as the prime minister tendering his resignation if a probe finds he breached conflict-of-interest roles over the controversial refurbishment of his Downing Street flat.

Despite the Code’s “independent adviser” – Lord Geidt – leading one of three probes into the expensive revamp, Johnson himself has final say over whether he broke the Code, leading many to criticise the prime minister for seeking to mark his own homework.

Cleverly, a Foreign Office minister, said: “The reports will come out when they come out and the prime minister will make decisions based on whatever the reports say.”

His intervention comes after Douglas Ross, the Scottish Tory leader, said the prime minister should resign if he is found to have broken the Code – which instructs ministers to “ensure no conflict arises, or could reasonably be perceived to arise, between their public duties and their private interests, financial or otherwise.”

Johnson – despite insisting he has done nothing wrong – has field to declare if anyone loaned him money for a reputed £58,000 makeover of his flat last year.

Asked whether he should quit if the probe puts him in the dock, Ross said:  “Of course, I think people expect the highest standards of those in the highest office of the land.”

But, appearing on Sky News on Monday morning, Cleverly three times refused to say if Johnson should quit if he’s revealed to have broken the rules.

“The Ministerial Code is there for the guidance of the prime minister in appointing ministers,” he said.

Told he personally would be expected to resign if he broke the Code, Cleverly said: “No, it’s not as straightforward as that. You’re trying to create a kind of set of conditions and that’s not how it works.

“The Ministerial Code is to inform the prime minister’s decisions about the appointment or maintenance of ministers – it’s not as simple as you set out.”

Stephen Dixon – If Boris Johnson was found to have broken the ministerial code he would have to go?

James Cleverly – I'm not going to speculate… it's not as straightforward as that… ? pic.twitter.com/4wComy3HsK

Related: How many free school meals would a new royal yacht pay for?