“From the UK perspective, I can't imagine the citizenry there would be any more happy than a majority of US citizens were about tax dollars propping up an American president's business interests. It's a disgrace to the very concept of democracy.” 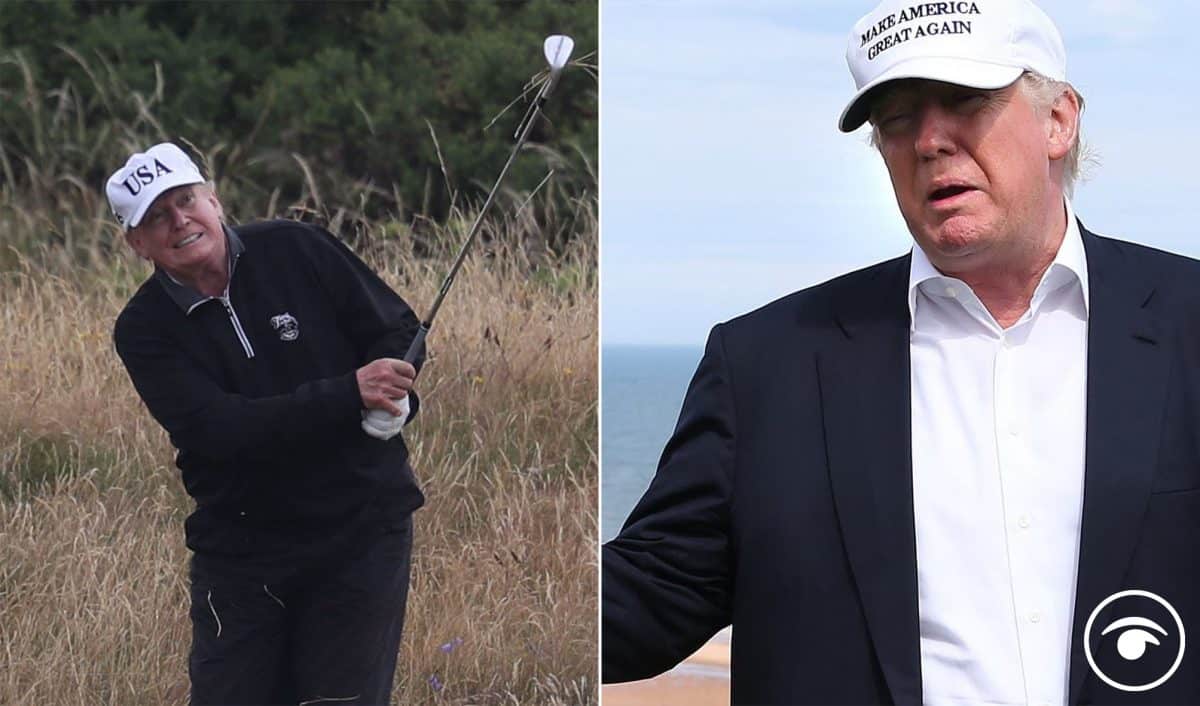 The Trump Organisation was slammed for claiming up to £500,000 from the furlough scheme for its flagship Scottish resort – despite making redundancies.

The former US president’s Scottish firms have received as much as £575,000 via the UK job retention scheme over a two-month period.

While the furlough scheme has been operational since March last year, HMRC’s data only details payments claimed by employers during December and January.

Union bosses slated the ‘scandal’ and said axing staff while claiming furlough made a ‘mockery’ of a scheme designed to ensure employers retain staff.

It said at least 66 jobs had been lost at Turnberry since last summer, with some staff rehired on ‘inferior’ terms – and has now called for HMRC to investigate.

Mick Cash, RMT general secretary, said: “It is clear to us that at the very least the principles of the job retention scheme appear to have been breached by the Trump Organisation and that should now be subjected to a detailed and forensic investigation by HMRC.

“It’s a scandal and as we slowly emerge from lockdown, we are calling for any discarded staff to be re-engaged on decent pay and conditions, and for that same principle to ‎be applied to new employees as well.”

The latest accounts for Turnberry, which predate the pandemic, show it employed an average monthly number of 541 staff in 2009, with an annual wage bill of £8.9 million.

Scottish Labour’s Colin Smyth said it was ‘only the tip of the iceberg’.

He added: “It’s appalling that Trump has been getting bailouts from the UK Government on one hand while handing out redundancy notices to workers with the other.

Walter Shaub, a former director of the US Office of Government Ethics said: “From the UK perspective, I can’t imagine the citizenry there would be any more happy than a majority of US citizens were about tax dollars propping up an American president’s business interests. It’s a disgrace to the very concept of democracy.”

There is no suggestion of impropriety on the part of Mr Trump’s companies, which are entitled to access the furlough initiative.

Gleneagles Hotel received between £1.5m and £3.5m over the two-month period.