Being in both the single market as well as being the “closest neighbour to our friends in the rest of the UK” will give Scotland the “best of both worlds”. 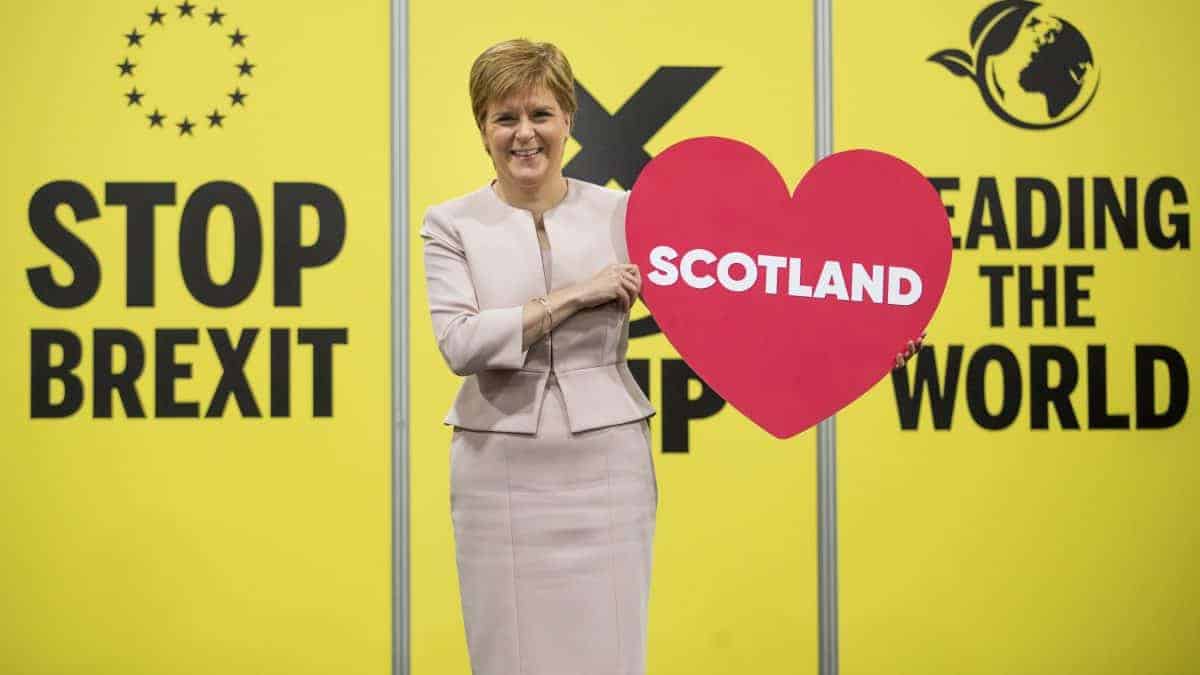 An independent Scotland could be a “magnet for global investment”, thanks to its unique position between the UK and the EU, Nicola Sturgeon will say.

The First Minister will tell SNP members at the annual conference in Aberdeen that being in both the single market as well as being the “closest neighbour to our friends in the rest of the UK” will give Scotland the “best of both worlds”.

Ms Sturgeon’s closing address will also include her party’s first policy commitment ahead of the 2021 Holyrood elections.

The SNP leader will say that if she is re-elected First Minister, her administration will scrap all non-residential social care charges – benefitting those who receive care in their own home.

Her speech comes as polls have shown an increase in support for Scottish independence – with a Panelbase study at the weekend putting this at 50 per cent.

With the First Minister having already revealed she will formally request the power to hold a second referendum within weeks, she will insist Scotland is “a wealthy country, bursting with talent and potential”.

Ms Sturgeon will say “Scotland is rich enough, strong enough and big enough to take our place among the proud, independent nations of the world.

“But we must reject a post-Brexit race to the bottom and embrace instead a race to join the top tier of independent nations.”

She will then go on to highlight the “unique advantage” Scotland could have as an “independent European country”.

Ms Sturgeon will say: “We will be in the EU single market and also the closest neighbour to our friends in the rest of the UK – a bridge between the EU and the UK, making our country a magnet for global investment.

“That’s what I call the best of both worlds.”

The SNP leader will recall: “In April this year we extended free personal care to everyone who needs it, regardless of age.

“The principle behind free personal care and free health care is the same – if you need help, you should get it.

“However, despite that principle, many people, of all ages, still have to pay for non-residential social care services.

“I know from my own constituency experience that charges can be a barrier to people accessing the support they need.

“And if people can’t get that support in their own homes, they are more likely to end up in hospital.

“So today, I am making this promise – if I am re-elected as First Minister at the next Holyrood elections, then over the next parliament, the SNP will scrap all non-residential social care charges.”

Scottish Conservative chief whip Maurice Golden said: “People are sick of hearing Nicola Sturgeon’s empty promises and grand delusions – all of which are predicated on her selfish desire for a legacy.

“They want to know about the here and now, and an explanation for 12 years of SNP failure.

“Education, health, justice and the economy are all in a desperate state on Nicola Sturgeon’s watch.

“It’s no wonder the only thing she wants to talk about is separation.”