JCB bulldozers are currently being used to demolish settlements in Delhi, sparking criticism of Johnson's visit to the factory. 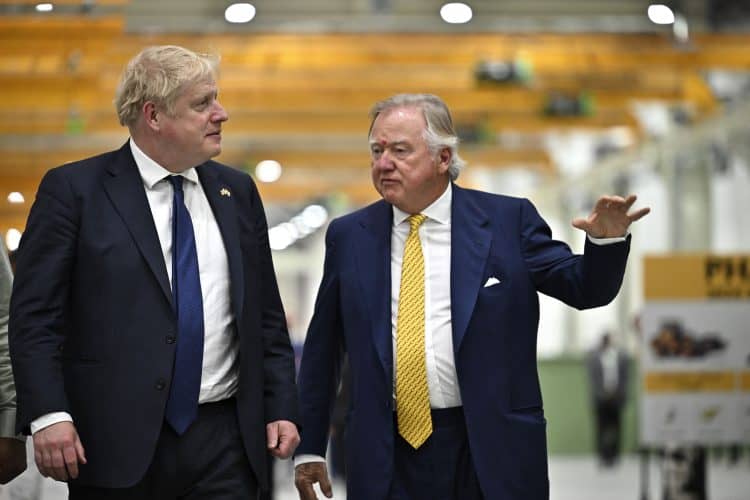 Boris Johnson’s use of his trip to India to hail the success of Brexit-backing digger firm JCB has been greeted with a furious backlash over the machinery’s use in the mass demolition of Muslim homes in the country.

The prime minister’s visit to India coincides with a bitter row over the demolition of mainly Muslim settlements in an area of Delhi plagued by communal violence – currently being considered by the country’s supreme court.

TV footage about the demolition controversy, which is running prominently on Indian television networks, showed JCB bulldozers being used to flatten properties.

And Johnson’s visit to JCB’s new factory in India, which is owned by a prominent Tory donor, has subsequently sparked outrage.

The campaign group Amnesty India tweeted: “In the backdrop of Municipal Corporation of Delhi using JCB bulldozers to raze down shops of Muslims in north-west Delhi’s Jahangirpuri yesterday, UK prime minister’s inauguration of a JCB factory in Gujarat is not only ignorant but his silence on the incident is deafening.”

Ali Khan Mahmudabad, a historian and campaigner, said: “The British PM went to a bulldozer factory at a time such as this! Talk about optics. Wow! Garlanded bulldozers. Just what I needed to see.”

But Johnson was undeterred by the controversy, calling the new factory a “living, breathing incarnation of the umbilicus between the UK and India”.

He said: “This is a world-leading factory – 600,000 diggers a year coming from India, exported from India to 110 countries with British technology.”

Asked whether he would raise the demolitions with Narendra Modi in his meeting with the Indian prime minister, Johnson said: “We always raise the difficult issues, of course we do, but the fact is that India is a country of 1.35 billion people and it is democratic, it’s the world’s largest democracy.”

Johnson’s spokesperson was also asked whether the prime minister had visited the company because its chairman, Anthony Bamford, is a Tory donor. They responded: “No, he chose to go to the JCB factory because it is a very good illustration of UK business, working with India and the Indian government to benefit both the UK and India.”

Johnson took an Indian military helicopter from Ahmedabad in Gujarat to visit the new factory in Vadodara, where he inspected JCB’s works alongside Lord Bamford.

The prime minister has regularly frequented JCB factories – including in the 2019 general election campaign, when he drove a digger through a polystyrene wall to demonstrate his commitment to “get Brexit done”.

And when he was a backbencher in January 2019, he received a £10,000 donation from the firm – three days before giving a speech at its headquarters praising its business operations.