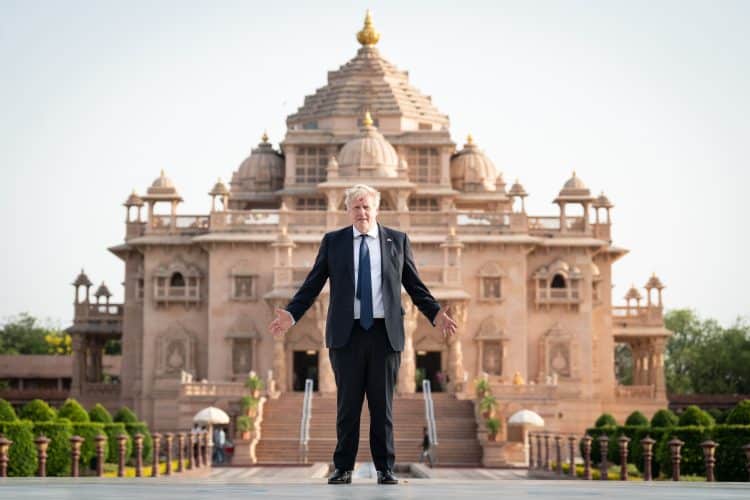 A vote of confidence in Boris Johnson’s leadership over Partygate is inevitable, a senior Conservative MP has claimed.

Tobias Ellwood, chairman of the defence select committee, said that the prime minister was facing a “steady trickle” of resignations and letters of no confidence.

Speaking to BBC Radio 4’s Today programme, Ellwood said: “I fear it’s now when, not if, a vote of confidence takes place.

“Sadly the absence of discipline, focus and leadership in No 10 has led to this breach of trust with the British people. And it’s causing long-term damage to the party’s brand and that’s proving difficult to repair despite good people now coming into No 10.”

Ellwood said it was reasonable to remove Johnson from office while war was still raging in Ukraine because of the “Rolls-Royce machine of advice” available to any prime minister.

“Let’s just park this Ukraine fig leaf,” he said. “We actually changed the head of the armed forces last December when there was a build-up and we knew an invasion would take place.”

His intervention comes as allies of Johnson have lashed out at Tory MPs calling for him to resign after the House of Commons ordered a third inquiry into lockdown parties in Downing Street.

Ellwood’s comments drew a furious accusation of disloyalty from Northern Ireland minister Conor Burns, who said there is “no question” of Johnson stepping down.

He said Johnson is entitled to their support after leading them to a sweeping general election victory in 2019.

“There are a number of colleagues across Parliament who have never really supported the prime minister,” he told the BBC Radio 4 Today programme.

“If the prime minister stepped off Westminster Bridge and walked on top of the water they would say he couldn’t swim. That is a fact.

“The reality is that it is only two years ago since we won a majority of 80 seats, the biggest majority since Margaret Thatcher in 1987.

“What the prime minister is saying is ‘I led you to that victory, I have got business I want to do’.”

It followed a chaotic day at Westminster which saw ministers forced to abandon plans to try to delay a vote on an inquiry into whether Johnson misled Parliament in the face of a threatened Tory revolt.

Instead MPs nodded through an opposition motion referring Johnson to the Commons Privileges Committee.

It was reported that Johnson intervened personally from India to drop a government amendment after six junior ministers threatened to resign.

The committee will not begin its inquiry until the Metropolitan Police have completed their investigations into breaches of Covid regulations in Whitehall.