There was speculation after Iain McNicol announced that he would be standing down as the General Secretary of the Labour Party on Friday evening. The shock resignation had not been anticipated even by many of his close colleagues. He will stay in his role until the Labour NEC recommends a successor to be announced at the […] 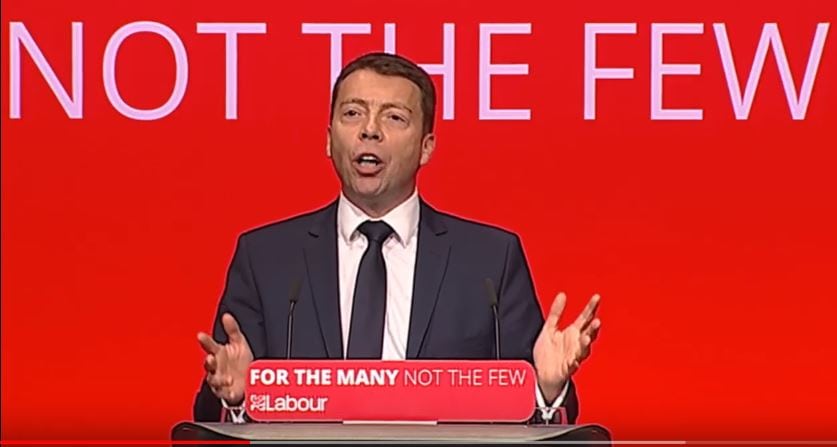 There was speculation after Iain McNicol announced that he would be standing down as the General Secretary of the Labour Party on Friday evening.

The shock resignation had not been anticipated even by many of his close colleagues. He will stay in his role until the Labour NEC recommends a successor to be announced at the next party conference.

Jennie Formby and Andrew Murray of the Unite union have both been mentioned as possible successors. Both are close to Jeremy Corbyn.

McNicol who became General Secretary in 2011 under Ed Miliband has served the second longest in the role. He was credited with clearing the party’s debts and making the party’s funds much healthier.

However he was generally eyed with suspicion by those on the left of the Labour Party. There was an uneasy truce between McNicol and those that support Jeremy Corbyn, who McNicol tried to block from taking part in his second leadership election.

Though he claimed to be impartial, McNicol was blamed by many for thousands expelled from the party during the second leadership challenge. McNicol had declared the “purge” was due to zero tolerance of “abuse,” yet many were expelled from the party without clear reasons, suspecting it was because they were likely to vote for Jeremy Corbyn.

An exasperated John McDonnell at the time accused McNicol of running a “rigged purge of Jeremy Corbyn supporters.”

At the 2016 Labour Party Conference Iain McNicol publicly warned Labour supporters not to pick on his staff, on the previous Labour government or the Parliamentary Labour Party (PLP).

After the last General Election, many on the left of the party blamed McNicol and the PLP for conducting a defensive campaign, devoting resources to defending seats rather than winning new ones, a lack of faith in Jeremy Corbyn that helped lose the election for Labour.

McNicol’s statement said: “It’s been an absolute honour and a privilege to serve as general secretary of the Labour party. I have now decided to move on to pursue new challenges in the service of the Labour party and wider labour movement.

“I would like to thank our fantastic staff across the country for their brilliant work and support. A team who continuously go above and beyond to deliver for Labour. It has been a tumultuous seven years including; two general elections, a huge increase in our membership, Scottish and EU referendums.

“It is a hugely exciting time for the Labour Party after we achieved the biggest increase in our vote since 1945 at last year’s general election. I will continue to support Jeremy Corbyn’s leadership and will work closely with him and our whole parliamentary team to take Labour to victory at the next general election.”

The Labour Party Leader responded to the shock announcement, saying: “I would like to personally thank Iain McNicol for his long and dedicated service to the Labour Party as general secretary. He has run our party’s organisation at a time of great change, including a near tripling of the membership, two general elections and the EU referendum.

“Iain has served the Labour Party and trade union movement in a wide range of roles throughout his career and is a credit to our movement. I am confident Iain will continue to play a major role in politics and our party, and will support our team inside and outside Parliament with his experience and skills.”

He added: “I am confident Iain will continue to play a major role in politics and our party, and will support our team inside and outside Parliament with his experience and skills.”

There was speculation as to what had prompted the general secretary’s sudden announcement.

The site quotes a senior Labour source saying: “That’s what Iain wants. He didn’t even tell anyone in his office that he was going, which suggests it could be timed to coincide with the new list of nominees to the Lords. This is between Jeremy, Karie (Murphy, Mr Corbyn’s chief of staff) and Iain himself.”