Claims he would need to take out a loan for any fine he gets for failing to disclose information to pensions regulators. 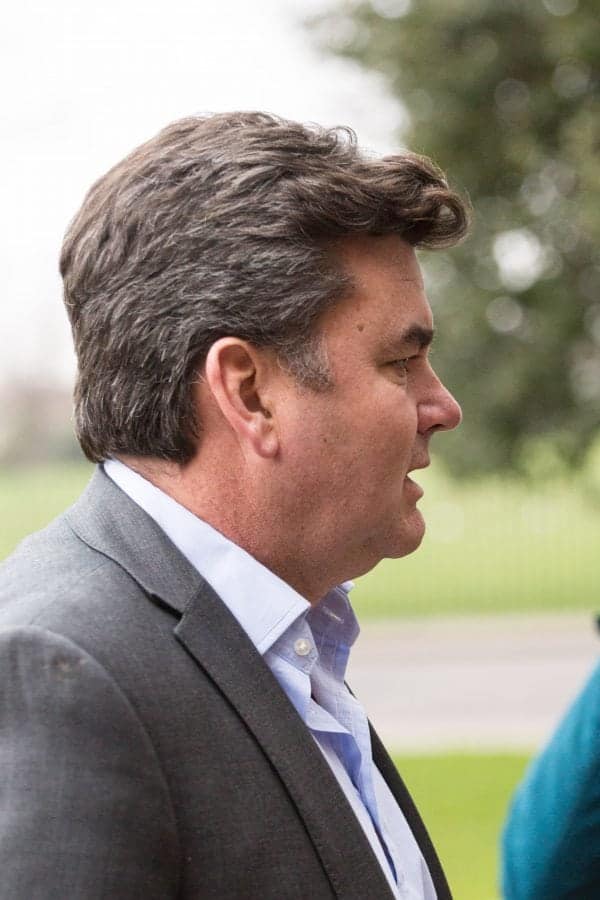 Disgraced ex-BHS owner Dominic Chappell admitted he has “no ability” to pay a large fine after he was convicted for refusing to answer questions about the high street retailer’s collapse.

He is a month in arrears with his two children’s private schools each month, Barkingside Magistrates Court heard.

Chappell, 51, failed to hand over documents or answer questions from The Pensions Regulator (TPR) following the sale of high street giant British Home Stores for £1 in March 2015.

The store fell into administration with the loss of thousands of jobs on 25 April 2016 but Chappell refused to assist pensions regulators when asked on 26 April and 13 May 2016.

For a third time on 22 February he refused to disclose restricted information to the TPR about BHS pension schemes.

At his sentencing on Friday District Judge Gary Lucie heard that Chappell is “financially weak” but still pays out almost £9,000 a month in bills.

Chappell’s only income is as a consultant for a cosmetic company which earns him between £2,700 and £3,000 a month.

Giving evidence about his income the failed entrepreneur said: “It is the nature of the business.

“I am an entrepreneur, there are boom times and slack times. This is a slack period and I have a huge amount of cash flooding out the door in relation to legal fees.

“I have no ability to pay a large fine as it stands at the moment, however I have a number of people I could speak to about a loan to cover it.

“I have no savings whatsoever. There is this great perception of me having made millions from BHS. I very much want to pay costs.

At an earlier hearing at Brighton Magistrates Court Chappell was convicted of three counts of failing to provide information to the pensions regulator over a ten month period.

Chappell, of Blandford Forum, Dorset, had claimed he had done everything he could to help The Pensions Regulator but was convicted following a four day trial.

Alex Stein, prosecuting, has asked the court to impose costs of £37,430 despite Chappell’s insistence he has no money.

The court heard that the entrepreneur also owns a semi-detached house in his wife’s name which is currently undergoing extensive renovations.

Mr Stein said: “It was an ongoing refusal and the requests have still not been answered.

“In relation to the final count three relates to an unauthorised disclosure is something that the regulator is very interested in pursuing in the future if more information came to light.

“Mr Chappell was central to the company that owns BHS.

“His responses were all the more important because he was the person who could assist the regulator the most.”

After the former BHS owner was convicted he was handed a £10 million bill over the retailer’s pension deficit, which Chappell referred to as “ironic”.

Michael Levy, in mitigation, said: “The TPR served a contribution in the sum in the region of £10 million but that will obviously have to be reviewed.

“It is a demand nonetheless and that is something that at some stage he will have to deal with so what happens today may be academic.

“At the beginning there was a good and healthy relationship when he inherited that company there was a £700 million black hole that has been created over the past 15 years.”

Chappell was found guilty that on 26 April 2016 and 13 May 2016 he refused to answer questions about or hand over documents relating to the purchase of British Home Stores when asked.

On 22 February last year he also refused to provide documents relating to unauthorised disclosure or restricted information concerning proposed regulatory action in respect of the BHS pension schemes when required to do so.