He was responding a claim only the Lib Dems could take Tory seats. 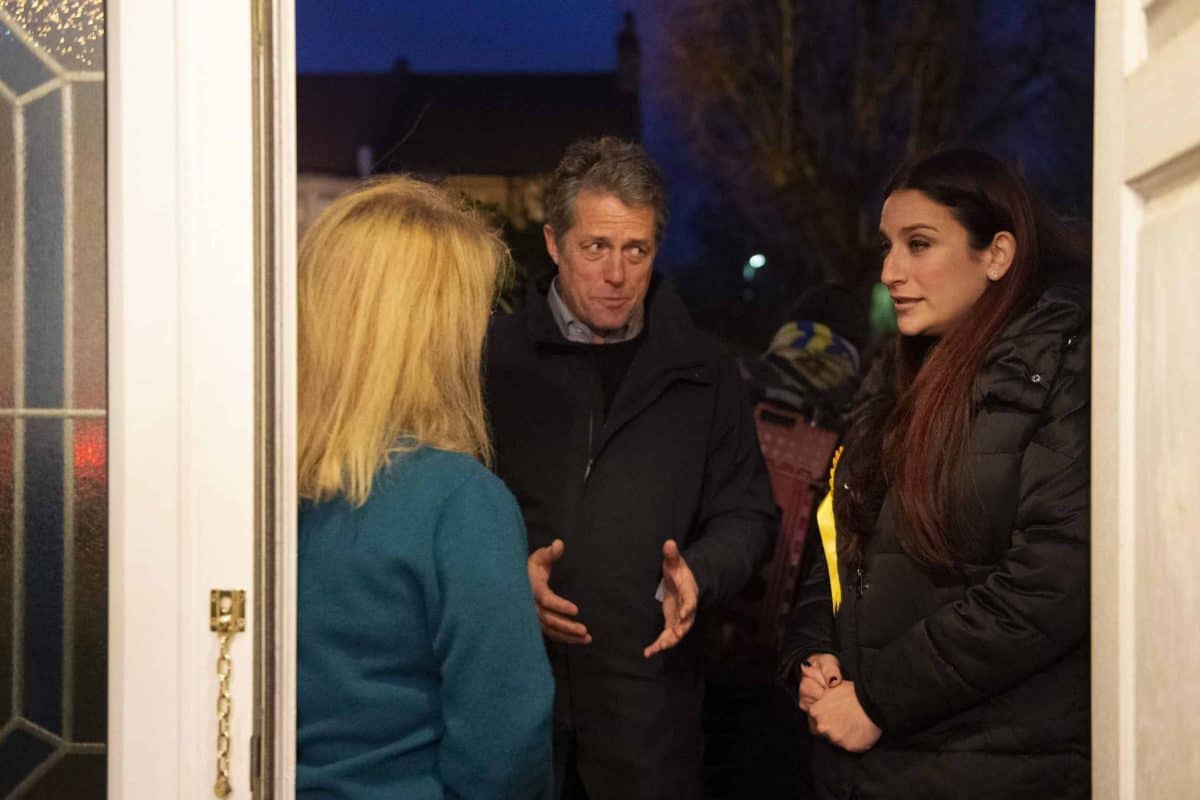 Hugh Grant has accused the Liberal Democrats of lying, just a few days after joining the party on the General Election campaign trail.

The Love Actually actor surprised voters in London’s Finchley and Golders Green constituency as he knocked doors with candidate Luciana Berger on Saturday.

The party then tweeted saying it was “so great” to see the actor campaigning for the party, adding: “Only the Lib Dems can take seats off the Tories – and together we can stop Boris and #StopBrexit.”

Grant responded to say the latter claim was “not true”, adding that he advocates tactical voting to unseat as many Conservatives as possible. The Tweet has since been deleted.

Your second para is not true. https://t.co/zOnVvwzy1s

The Liberal Democrats currently sit third in the national polls, with an average poll rating of 13%, compared to 33% for Labour and 43% for the Conservatives.

It is not the first time the Liberal Democrats have been accused of misleading claims during the campaign.

At the start of November, the party was accused of using misleading data on leaflets to suggest they were polling ahead of other parties in certain constituencies.

One such leaflet distributed in Putney told residents Labour “can’t win here”, even though the Liberal Democrat candidate finished third behind Labour and the Tories at the 2017 election.

The Lib Dems said the projections had been used on a local level but “would not be used on national campaigns”.