"It took 222 days in post, but finally Lindsay Hoyle behaved like a Speaker of the House," one person said. 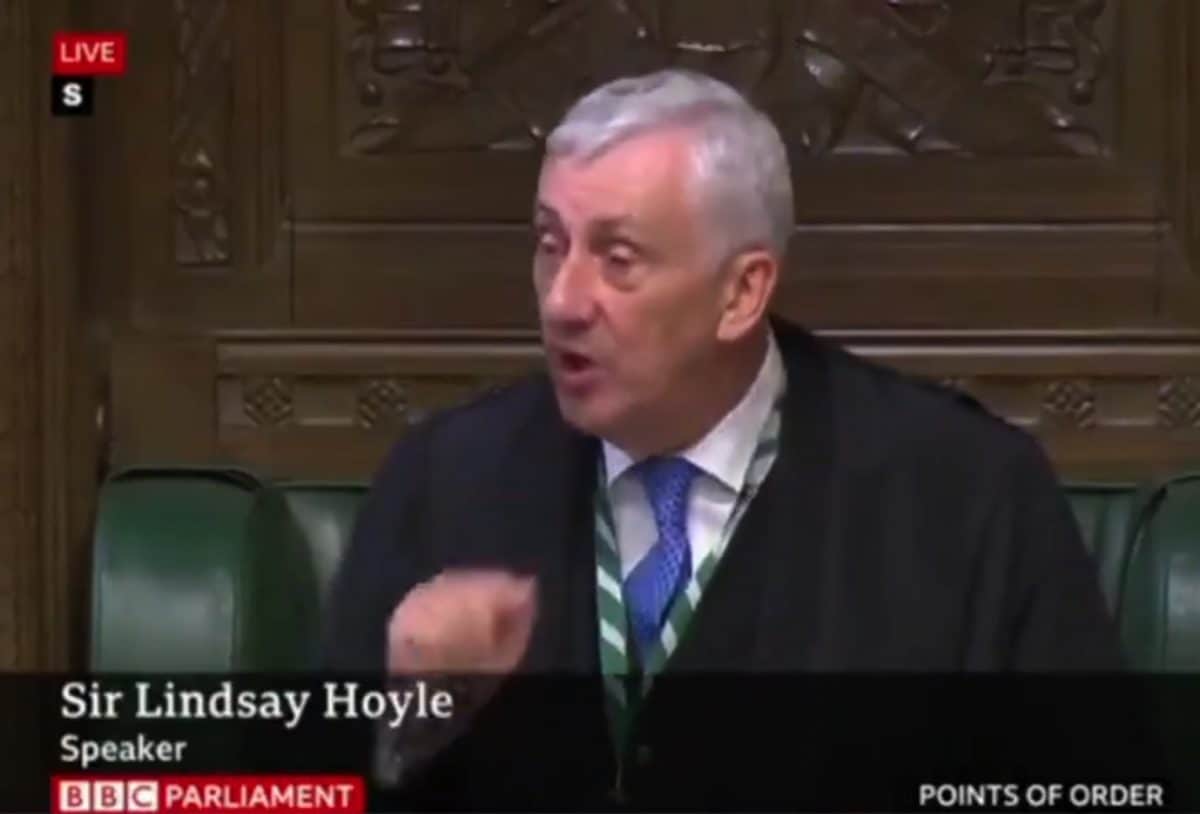 Boris Johnson was criticised by senior Tory MPs and the Speaker for failing to attend the House of Commons to announce delays to the Covid road map.

Sir Lindsay Hoyle delivered a second slap down for the Prime Minister over the decision to release details of the changes via a press conference at 6pm on Monday rather than to Parliament.

Health Secretary Matt Hancock made a statement to the Commons at 8.30pm to confirm the decision to push back the final unlock from June 21 to July 19.

Commons Speaker Sir Lindsay initially accused Downing Street of “running roughshod” over MPs by not informing them first of any changes.

But he went one step further ahead of Mr Hancock’s Monday evening statement and placed the blame squarely on the Prime Minister.

Sir Lindsay said Mr Johnson “must now lead from the top and follow the guidance” in the ministerial code, which states major announcements should be made first in Parliament.

The Speaker added: “I will be pursuing this matter with him. I do not find it acceptable at all – members of this House are elected to come here to serve their constituents, not to serve them via Sky or BBC.

“The Prime Minister should be here, I am sorry if his dinner would have been affected because I was told he was in Brussels.

“The nearest Brussels tonight were the sprouts on his dinner being served.

“I say now, Prime Minister, you are on my watch and I want you to treat this House correctly.”

“Clear breach of the ministerial code”

He added: “As much as I respect (Matt Hancock) it should be the Prime Minister who is here this evening.

Conservative former chief whip Mark Harper, chairman of the Covid Recovery Group, also said: “This statement should have been made to this House by the Prime Minister before it was made to the media and I hope we don’t see a recurrence of it and I wish you well in your meeting with the Prime Minister, Mr Speaker.”

Conservative Peter Bone (Wellingborough) asked the Health Secretary “who thought it was a good idea” for the press to be told about the delay in the road map before MPs.

But finally Lindsay Hoyle behaved like a Speaker of the Housepic.twitter.com/i2KT5NrxNM

Mr Bone said: “Can I ask the Secretary of State, how did we get ourselves in this position, he’s been very good at coming to this House and making statements on Covid but on the biggest, most important day, the press is given an embargoed statement at three o’clock, the Prime Minister has a big, showy press conference at six, and he can’t be bothered to turn up until 8.30?

Mr Hancock replied: “All I can say is I am here now answering questions and I am happy to stay for as long as you need me.”

Sir Lindsay also indicated he hopes measures allowing virtual participation in the Commons will be extended to the summer following the road map delay, with Commons Leader Jacob Rees-Mogg expected to hold talks with other parties and bring forward proposals.