The rich are getting richer as the cost-of-living crisis begins to bite. 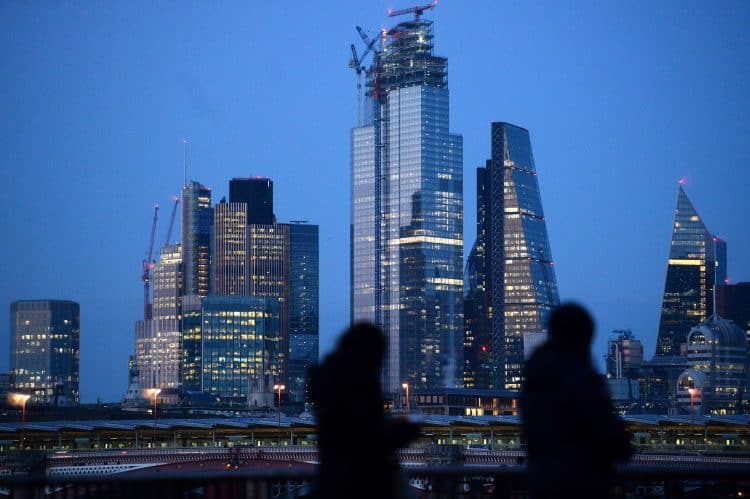 High earners are significantly more likely to have been offered pay rises – just as the cost-of-living crisis batters Brits, new research has revealed.

A YouGov survey – carried out on behalf of job site Indeed and shared with CityAM – found that triple the number of those considered financially comfortable have been offered a pay rise recently to help with the living standards crunch, compared to six per cent of those who are financially uncomfortable.

Nearly one-in-three of those who are financially uncomfortable say their money situation has worsened in the last year, and 64 per cent expect it to deteriorate further in the next year.

Just 22 per cent of those who are financially comfortable have experienced a decline in their financial situation by comparison.

With inflation hitting record highs, just 11 per cent of those earning below £25,000 have been offered a pay rise to support them.

And those high earners are more likely to receive bigger jumps in pay, too. Some 30 per cent of those earning between £100,000 and £149,000 have been offered a raise of more than seven per cent, compared to just five per cent of people on £25,000.

“The cost of living is one of the biggest concerns for Britons and while some workers have seen inflation-busting pay rises driven by worker shortages, the stark reality for many is that their pay simply isn’t keeping pace,” said Jack Kennedy, UK economist at Indeed, told CityAM.

“As well as the discrepancies between higher and lower earners’ prospects, our survey also shines a light on the human toll of spiralling costs with many people being forced into desperate positions.

“Encouragingly, some companies are investing in helping staff through these difficult times but the crisis is severe and many of those who need the most support aren’t receiving it,” Kennedy added.

“The fact that such a huge proportion of those financially uncomfortable do not feel supported by their employer is a red flag for businesses.

“The problem is that many companies are still emerging from the ravages of the pandemic and not all will be in a position to bump employee pay.

“To understand which benefits employees value and learn more about the ones that could help improve wellbeing as well as personal finances, a good place to start is by asking question.”

Related: Richard Madeley says Judy ‘gets it’ when he ‘cocks up’ on GMB