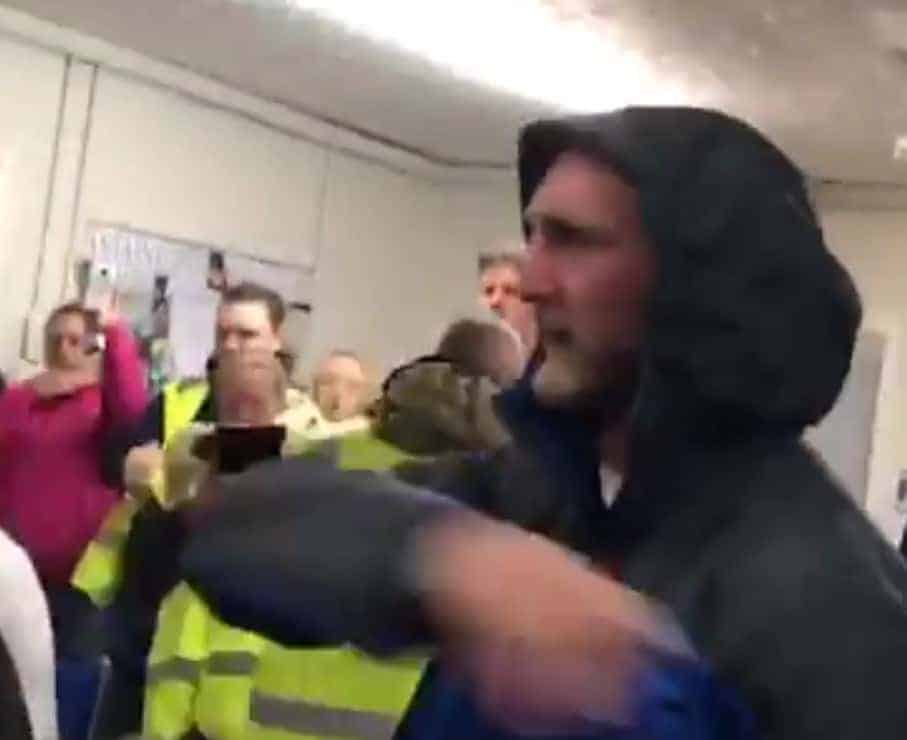 Boris Johnson received another frosty welcome as he visited residents in Yorkshire.

The Prime Minister, who was criticised for “turning up late” to flood-hit Stainforth, had to face the music twice in one day as one man branded the Conservatives the “biggest thieves in the country”.

Confronting Johnson on the rife inequality in the country, he said:

“You’re a joke, like. The whole country is living in poverty. It’s a joke.

Biggest thieves in the country

In video released by LBC Radio, another man is seen to take up the heckling as the situation intensifies.

“Everybody is living in poverty. Fuck the government. Fuck the council,” he says as Johnson is ushered away by his aides.

Weird how Corbyn gets heckled by racists spouting hate-filled islamophobic nonsense and Johnson gets heckled with a list of things he's done and factspic.twitter.com/Xk3e2nxpML

The criticism was pointed at Johnson after new figures from the Trussell Trust revealed that a record number of emergency parcels were handed out between April and September this year.