‘The Greta Thunberg of abortion’ is standing against Stella Creasy who has had to seek police protection after standing up for women’s right to decide. 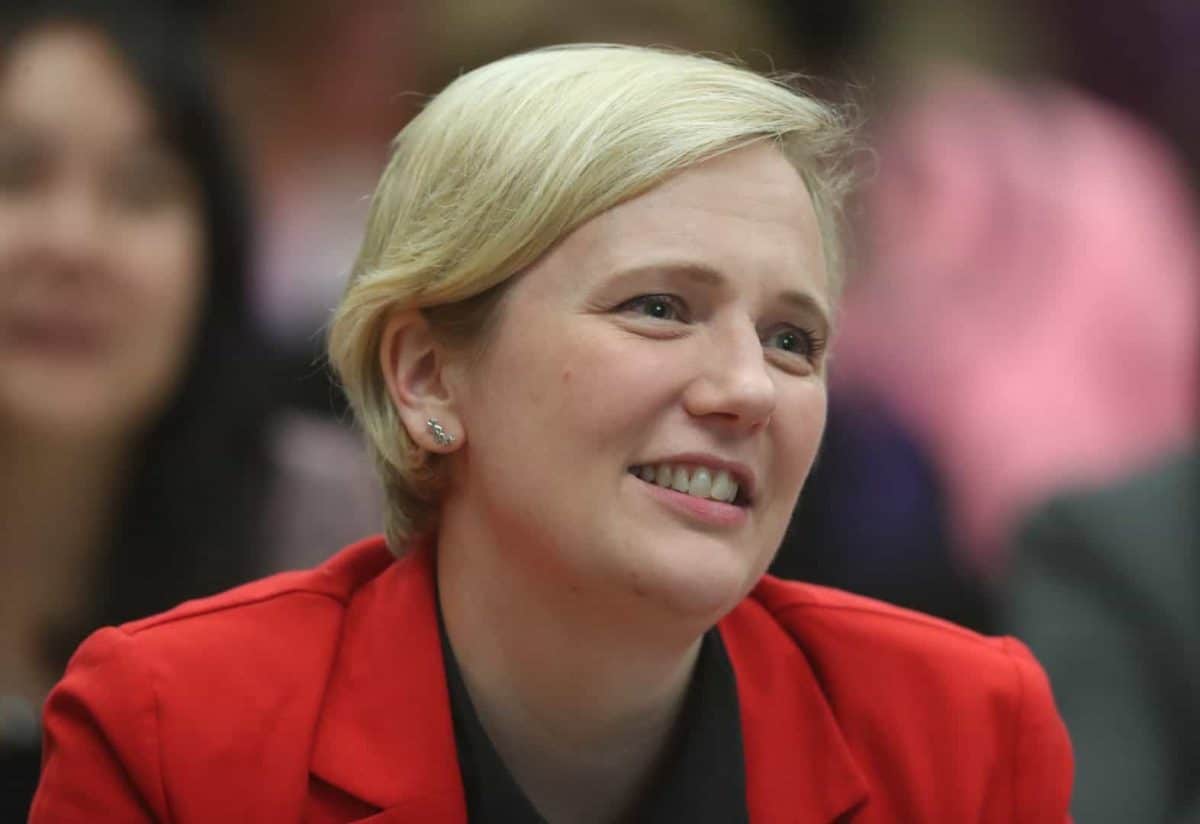 Stella Creasy has hit back at an anti-abortion party who are focusing their general election campaign on unseating her.

The Labour candidate for Walthamstow, a vocal campaigner for abortion rights, called the Christian Peoples Alliance a party which “promotes hatred in many forms”, after it emerged they were campaigning for the sitting MP’s seat.

CPA leader Sidney Cordle told the Press Association that although the party was “concentrating” on the seat in north-east London, they are expected to stand about 30 candidates.

He added: “This time the majority are in and around London, we’ve got one person standing in Birmingham.”

It comes after Ms Creasy, who is heavily pregnant, supported efforts to bring about a change in the law to see abortion decriminalised in Northern Ireland.

MPs at Westminster forced the Northern Ireland Office (NIO) to act after legislation passed earlier this year reformed the most restrictive laws surrounding child birth in the UK.

Unrestricted abortion would now be available in Northern Ireland up to 12 or 14 weeks under Government proposals.

Ministers are bound to introduce a system governing terminations by next spring.

After the victory for women’s right to decide, Stella Creasy was targeted by a group calling itself the Centre For Bioethical Reform UK. A billboard poster was put up in her constituency by the group, with an image of a foetus and a link to a website called “Stop Stella.”

Mr Cordle said the party was working with CBR UK on the election campaign, as well as other Christian organisations who he declined to name.

He said CBR UK was “very keen” to have a candidate in the upcoming general election and had asked CPA to stand in Walthamstow, adding: “They said they would help us with the campaign.”

Deborah Longe, a 19-year-old law student, is the candidate CPA are standing in Walthamsthow.

“We have an excellent candidate who, if she’s elected, will be the youngest member of Parliament because she’s only 19,” Mr Cordle said.

‘The Greta Thunberg of abortion’ standing against Stella Creasy

“She’s the Greta Thunberg of abortion, she’s a young lady with passion and enthusiasm for what she believes in, and that’s why we’re putting her up.”

Referring to the CBR via an article on Twitter reported by HuffPost, Ms Creasy wrote: “This party promotes hatred in many forms-whether women’s human rights, LGBTQ rights, of Islam or the EU. They also can’t even spell Walthamstow.

“If have to crawl out hospital bed with a newborn in tow, nothing will stop me fighting their divisive politics coming to our hometown!”

Walthamstow MP Stella Creasy, who supported efforts to bring about a change in the law to see abortion decriminalised in Northern Ireland, was targeted by a group calling itself the Centre For Bioethical Reform UK.

A billboard poster was put up in her constituency by the group with an image of a foetus.

Advertising agency Clear Channel, which owns the billboard, apologised and removed the posters. However Ms Creasy said she has already received “numerous threats” and has sought police protection, and the help of the Commons authorities, although she said support has not been forthcoming.

Raising a point of order in the Commons, Ms Creasy said: “an organisation calling itself the Centre For Bioethical Reform UK has been waging a campaign of intimidation and harassment against myself and by extension my constituents in Walthamstow.

“From turning up our town centre with a 20 foot banner of my head next to an image of a dead baby, of about the age of the baby I am currently carrying myself, proclaiming I am ‘working hard to achieve such an outcome’.

“From buying from Clear Channel billboards advertising in my constituency displaying graphic and graphic scientifically incorrect pictures of foetuses near to schools.

“To libelling me on national radio as someone who wishes to see abortion up to birth, to their Stop Stella campaign which explicitly encourages people to target me as a hypocrite for being pregnant and advocating for the right of all women to choose when to be.”

She added: “They have already stated they will keep returning and targeting me until I stop campaigning.

“Already I have received numerous threats and abusive messages which directly quote their material.

“I have sought police assistance against this harassment.

“I am sad to report as yet none has been given including from the parliamentary authorities.”

She said she has received support from the London mayor Sadiq Khan and her local council.