He said legislative plans to make it illegal to extend the transition period are "unnecessary" and "dangerous". 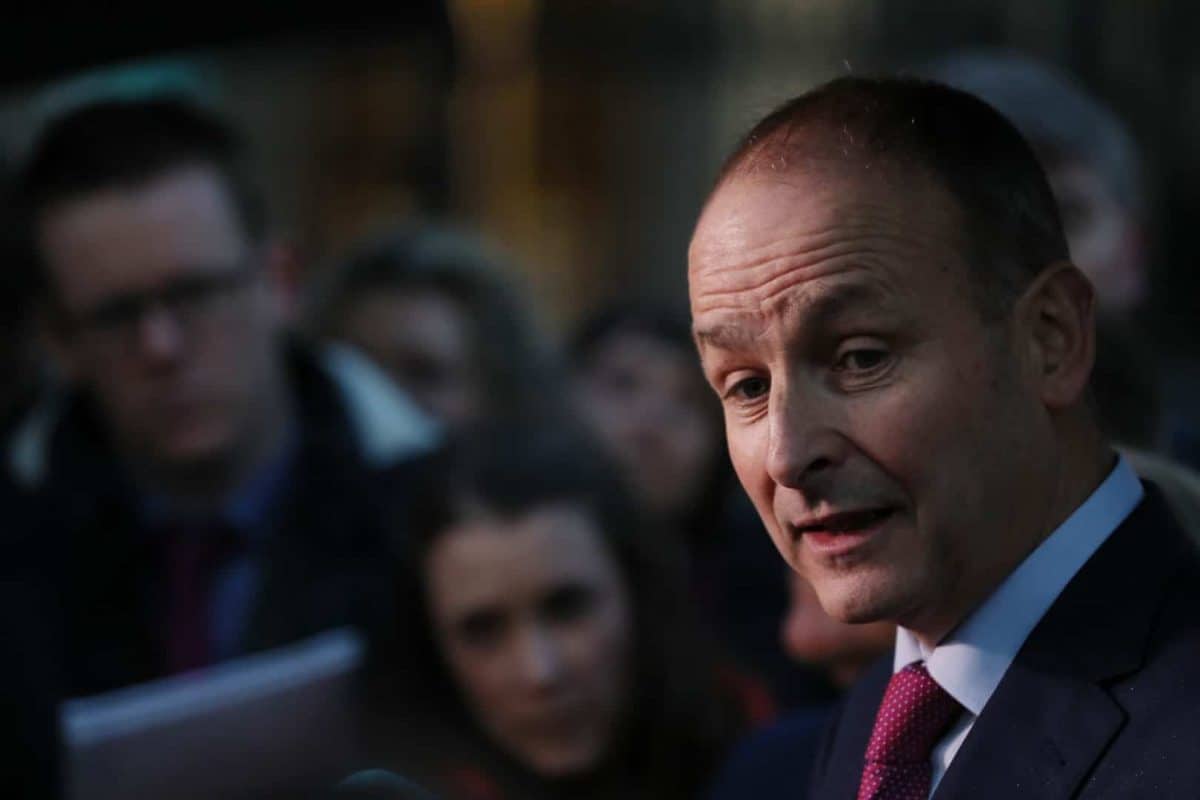 Any “bare bones” trade agreement between the EU and UK would be less than satisfactory, Micheal Martin said.

He warned another dangerous hard Brexit cliff-edge could be beckoning next year as he voiced concern about UK Prime Minister Boris Johnson’s approach to the pending negotiations.

Mr Martin, the leader of the Opposition in Ireland, said: “He may be contemplating a sort of a bare bones type of trade agreement that’s less than satisfactory.

“So I think there are concerns in terms of that approach.”

Mr Martin said he is worried about the British Government’s legislative plans to make it illegal to extend the transition period beyond the end of 2020, even if a trade deal is not ready by then.

“That is unnecessary. I think it’s dangerous,” he said.

“And because you’re back into your cliff-edge at the end of the year, potentially, and most experts on trade believe it’s not possible to negotiate a comprehensive trade agreement between the UK and Europe in the short time, you know, in one year.”

When he was mayor of London Mr Johnson had a centrist platform and has displayed the capacity to change his position, the Fianna Fail leader added.

He said: “Overall, I watched his performance with the G7. That was interesting.

“And he didn’t pander to Donald Trump. He took the European position religiously on climate change, on free trade, multilateral organisational rules.

“That was very interesting, and probably suggests that he may want to get back on to steadier ground once the Brexit issues are dealt with.”

He expressed concern that the “familial relationship” Britain and Ireland has developed as joint members of the European Union, with civil servants and politicians becoming known to each other on first name terms, would disappear.

“And that’s why I’ve suggested that we need a new structure, political structure between Britain and Ireland in terms of something like the Nordic Council, where EU and non-EU members come together to discuss bilateral issues.

“Now we have the British-Irish Council, but I don’t think that has the capacity to deal with a post-Brexit situation in terms of the British Irish relationships.

“In other words, what the structure would do, you’d have a permanent secretary, and you would have regular meetings between the British and Irish government with ministers attending to discuss and work out issues of bilateral concern.”