Update 26/12/19: All your questions on applying for settled status answered.

by Vanessa Ganguin
in Children and Family, Consumer, Lifestyle, News 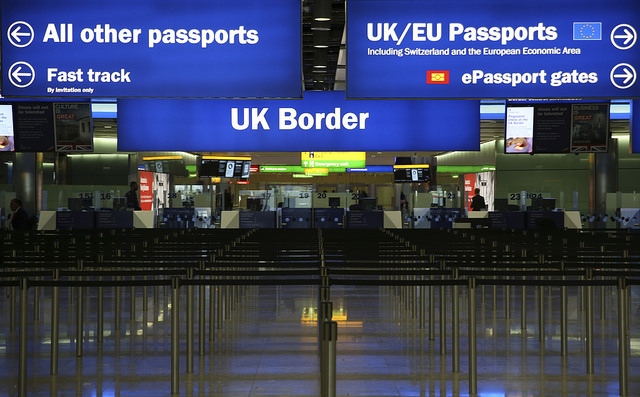 With his majority of 80 MPs, Boris Johnson now has the parliamentary backing to pass the legislation required to implement his withdrawal agreement by 31 January — the deadline for the UK to leave the EU.

Around 2.4 million of over 3.5 million EU citizens living in the UK along with all their family members have so far applied to the settled status scheme, with 60% granted permission to live in the UK permanently – known as settled status – when freedom of movement ends.

Brexit means they will have to apply to the scheme to stay in the UK, or risk being stripped of their rights.

Are EU nationals facing a possible Windrush 2.0 if they don’t apply in time?

Let’s abbreviate ‘EU, EEA and Swiss nationals’ to ‘EU nationals’ for the purpose of this article, so we include citizens of Iceland, Liechtenstein, Norway and Switzerland.

Security Minister Brandon Lewis stoked fears in October by indicating that EU citizens could be deported if they did not apply by the deadline of December 2020.

“We’ve already successfully reached out to over 2.4 million, so I’m convinced through the work we’re doing in the Home Office, through outreach schemes, that we will continue to increase that outreach and register those that want to be registered either with pre-settled or settled status depending on how long they’ve been resident in the United Kingdom.

“And I would urge many more of those EU citizens who want to stay in the UK and have been living here and working here to come forward and get settled through the scheme.”

But despite the Home Secretary’s assurances, there have been warnings that vulnerable people that might find it difficult to negotiate applying may end up in that very situation.

Campaign group The 3 Million which represents EU nationals living in the UK has warned the settled status scheme is a “ticking time-bomb” which could result in people facing deportation or costly court cases if they miss the deadline to apply through no fault of their own.

And Parliament’s influential Human Rights Committee urged for flexibility for applicants, warning people who have “lived and worked in the UK their whole lives” could face a rerun of the Windrush scandal if they miss the deadline to apply.

When is the UK leaving the EU?

If the European Parliament also gives the green light to parliament’s vote, the UK will formally leave the EU on 31 January with the withdrawal deal Boris Johnson’s government agreed with the EU.

However, this would only mark the next step in the Brexit process. Following its departure from the EU, the UK will enter a transition period until 31 December 2020.

During this period, the UK’s trading relationship with the EU will remain the same while the two sides negotiate a free trade deal. At the same time, many other aspects of the UK’s future relationship with the EU – including law enforcement, data sharing and security – will need to be agreed. Boris Johnson has said the transition period will not be extended, despite EU scepticism about whether such negotiations can be concluded in just one year.

When is the deadline to apply for settled status?

Now it appears that Britain is leaving the EU with a deal, the deadline for applying will be 30 June 2021.

Will EU nationals be able to stay in UK after Brexit?

Yes – provided they were living in the UK before the end of the transitional period (31 December 2020), with some slightly more generous provisions for family members, especially children.

Can EU nationals stay in the UK if there is a no-deal Brexit?

The EU settlement scheme would have also apply in the event of no deal – although this question no longer arises now we are set to leave with a deal on 31 January.

Who should apply for settled status?

EU nationals and their family members (spouse, civil partner, unmarried partner, child or other dependent relatives) will need to apply for settled status – even if they already have the right of permanent residence.

EU nationals who are married to British citizens will also need to apply.

Do people from Ireland need to apply for settled status?

Irish citizens enjoy a special status in the UK that’s separate to the EU so they will not need to apply, but the Home Office has said ‘they may do so if they wish.’

What if I’m from Norway, Liechtenstein, Iceland or Switzerland?

The EU Settlement Scheme will also apply to EEA (Norway, Liechenstein and Iceland) and Swiss nationals and so they too will be required to apply for settled status by the deadline.

How long do you need to live in the UK to apply for settled status?

To get settled status people must live five years continuously by the time of their application.

The Home Office will carry out automated checks of data held by Her Majesty Revenue and Customs (HMRC) and the Department for Work and Pensions. Those checks should show evidence of employment and/or benefits to indicate residence.

If at the time of the application the applicant has not lived in the UK for five years or HMRC does not hold records for a five-year period, the applicant will be able to opt to either submit documents to evidence residence or apply for pre-settled status which is granted for five years.

During that five-year period the applicant can apply for settled status as soon as they have lived in the UK for five continuous years.

How much does a settled status application cost?

Applications are free of charge for all. The Home Secretary was forced to scrap charges in January 2019 after dismay greeted the news that there would be a fee. Those who have paid should receive a refund.

Where do you apply for settled status?

The easiest way is to download the EU Exit: ID Document Check app on an Android smartphone or an iPhone 7 upwards which conducts the document ID check and then takes you through to the online form.

Non-EU national family members who do not already have a Biometric Residence Permit residence card cannot use the app for the identity check and will need to send the ID document to the Home Office by post or attend an appointment at one of the Sopra Steria centres.

You cannot use the app or online service to apply to the scheme if you’re not an EU citizen and you’re applying as:

How long does it take to complete a settled status application?

Anything between 20 and 45 minutes.

What kinds of questions do they ask?

All applicants will have to evidence three things.

First, they will be asked to prove their identity with a passport or ID card. Applicants are asked to scan their passport using the app and then to scan their face and take a photo of themselves. In many cases this can be scanned and uploaded.

They will also be asked to declare any criminal convictions.

Thirdly the Home Office will check employment and benefits data to confirm proof of residence.

How long does it take to get a decision on settled status?

Most applications are decided in around a week. However, those who are asked to submit additional documents (for example evidencing residence), with a criminal record or more complex family circumstances should expect to wait longer.

In mid-November a backlog of more than half a million outstanding applications was being reported.

Will this mean people have ‘ID cards’?

No. Evidence of settled status is given to EU citizens in digital form. No physical document is issued unless you are a non-EU national and you do not already have a biometric residence card.

How long can people with settled status leave the UK for?

EU nationals with settled status will be able to leave for up to five years without losing their status. On the other hand those with pre-settled status will break the continuity of residence if they leave the UK for more than six months in any 12 months.

Yes they will have access to public services such as healthcare, schools and pensions.

Can people with a criminal record get settled status?

Each case is considered individually, but those with a history of persistent, serious offending may be refused and subject to deportation.

Do you still need to apply for settled status if you have permanent residence?

Yes – unless people are naturalised as a British citizen before the deadlines (see below) in which there is no need to apply for settled status.

Is settled status necessary for citizenship?

To be able to apply to naturalise as British, applicants will need to be able to evidence there is no time limit on how long they can stay in the UK.

Settled status is an immigration status with no time limit and so would be one way of meeting this requirement. Another would be if the applicant already holds a document confirming permanent residence, in which case you can apply for citizenship.

What happens if a settled status application is turned down?

Where a valid application is refused, there will be the right to request an administrative review. Those refused status under the scheme can make a new application at any point before the end of June 2021.

In addition, the Government has stated an intention to create legislation giving a statutory right of appeal to those refused.

The worrying question is what happens when an individual fails the HMRC checks. The Home Office does not retain the data, and so arguably upon refusal the Home Office decision-making becomes opaque as there is no way of finding out why you have been turned down.

In such a situation, if an applicant asks for the reasons as to why they failed the checks, the Home Office will be unable to provide an answer. And that may turn out to be a worry for some of the millions forced by Brexit to make these applications.

Oklava: One of London’s most exciting modern Turkish restaurants