Jonathan Ashworth said Gove’s line that one or two aspects of The Sunday Times story were “off beam” is “possibly the weakest rebuttal of a detailed expose in British political history”. 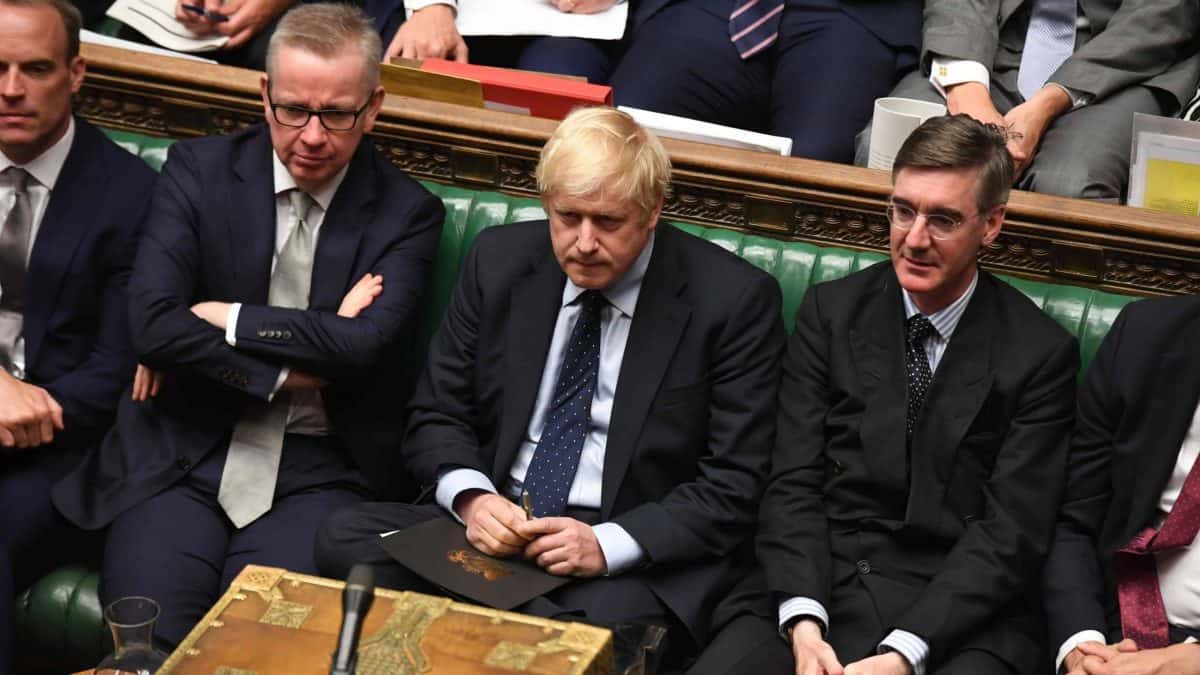 Michael Gove has denied suggestions the Government has drawn up plans for a three-tiered relaxation of lockdown measures.

The comments came as the Chancellor of the Duchy of Lancaster confirmed Boris Johnson had not attended five meetings of the key Government Cobra committee in the build-up to the coronavirus outbreak.

But Mr Gove insisted criticism of Boris Johnson over this was “grotesque”.

Mr Gove poured cold water on suggestions a “traffic light” strategy is about to be brought in which would see some schools and businesses allowed to reopen in mid-May.

Mr Gove told BBC One’s The Andrew Marr Show: “We have stressed that the reporting in today’s newspapers that schools will reopen on May 11, that is not true, we have not made that decision.”

Education Secretary Gavin Williamson also denied a decision had been made to reopen schools.

The Chancellor of the Duchy of Lancaster said ministers do not want to “take steps too early” despite the rate of infection appearing “to be flattening”.

It followed an investigation in The Sunday Times in which a Whitehall source claimed the Government “missed the boat on testing and PPE” (personal protective equipment) and “just watched” as the death toll mounted in Wuhan, China.

Mr Gove reiterated the Government will meet its 100,000 daily testing target by the end of the month;

Sir Jeremy Farrar, a member of the Government’s Scientific Advisory Group for Emergencies (Sage), said he is “optimistic” about finding a vaccine for Covid-19;

But Professor Sarah Gilbert, Professor of Vaccinology at Oxford University, who is leading a team developing a Covid-19 vaccine, said nobody can be sure it is possible to find a workable vaccine;

Mr Gove said Mr Johnson is “in cheerful spirits” as he continued his recovery from coronavirus;

On Monday, the country will enter its fifth week in lockdown, with continued clamour for a relaxation of measures that have shut schools and businesses, scaled back transport and closed and parks and public spaces closed as Britons are advised to pay heed to social distancing guidelines.

A wide-ranging report in The Sunday Times said the Prime Minister missed five meetings of the key Cobra committee in the run-up to the outbreak and stated a number of opportunities were missed by the Government in January, February and March to try and lessen the impact of the gathering crisis.

Mr Gove told Sky News’s Sophy Ridge: “The idea that the Prime Minister skipped meetings that were vital to our response to the coronavirus, I think is grotesque.”

The long-time ally of Mr Johnson later told BBC One’s The Andrew Marr Show that “most Cobra meetings don’t have the Prime Minister attending them”.

Shadow health secretary Jonathan Ashworth later argued Mr Gove’s line that one or two aspects of The Sunday Times story were “off beam” is “possibly the weakest rebuttal of a detailed expose in British political history”.

He told Ridge on Sunday: “There are serious questions as to why the Prime Minister skipped five Cobra meetings throughout February, when the whole world could see how serious this was becoming.

“And we know that serious mistakes have been made, we know that our front-line NHS staff don’t have the PPE, that they’ve been told this weekend that they won’t necessarily have the gowns which are vital to keep them safe.

“We know that our testing capacity is not at the level that is needed.

“We know that the ventilators that many hospitals have received are the wrong types of ventilators and there are big questions as to whether we went into this lockdown too slowly, and now we hear the Prime Minister missed five meetings at the start of this outbreak.

“It suggests that early on he was missing in action.”

“He had the opportunity to talk to Dominic Raab, his deputy, the First Secretary of State, on Friday.

“And the Prime Minister’s instructions to the rest of us in Government were communicated by the First Secretary of State when we had a conference call yesterday morning.”