Jo Maugham said the government had treated the pandemic as a chance "to enrich its associates and donors at public expense". 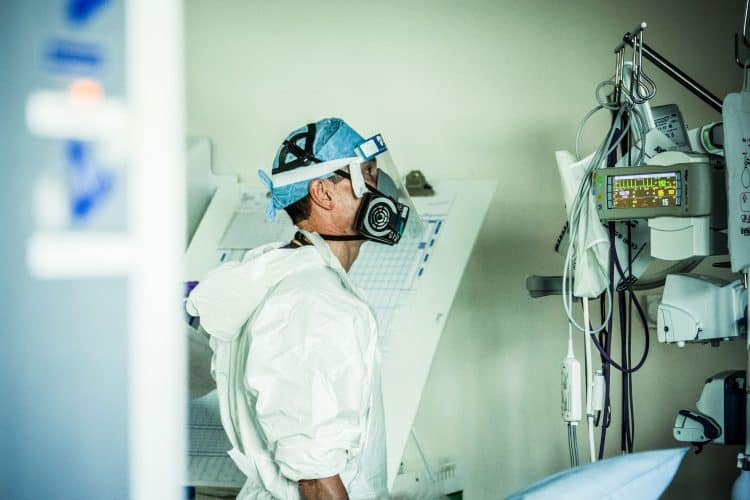 The Government’s use of a so-called “VIP lane” to award millions of pounds’ worth of contracts for personal protective equipment (PPE) to two companies was unlawful, the High Court has ruled.

The Good Law Project and EveryDoctor claimed the Department of Health and Social Care (DHSC) unlawfully awarded contracts to supply PPE at the height of the first wave of the coronavirus pandemic.

The groups took legal action over more than £340 million in contracts awarded to pest control firm PestFix and a contract worth around £252 million to the hedge fund Ayanda Capital.

The High Court was told this lane was reserved for referrals from MPs, ministers and senior officials, adding that DHSC “then prioritised suppliers including PestFix and Ayanda because of who they knew, not what they could deliver”.

The groups argued that the use of the VIP lane gave an unfair, unlawful advantage to some companies.

DHSC contested the claim, telling the court it “wholeheartedly” rejected the case against it and that the VIP lane was rational and resulted in a “large number of credible offers” in an environment where PPE deals often failed within “minutes”.

In a judgment on Wednesday, Mrs Justice O’Farrell said that it was unlawful to give the two companies preferential treatment on the basis of being part of the VIP lane.

However, she found that both of the companies’ offers “justified priority treatment on its merits” and were “very likely” to have been awarded contracts even without the VIP lane.

Jo Maugham, Director of Good Law Project said: “Good Law Project revealed the red carpet-to-riches VIP lane for those with political connections in October 2020. And the Court has now held that, unsurprisingly, the lane was illegal.

“Never again should any Government treat a public health crisis as an opportunity to enrich its associates and donors at public expense.”

Dr Julia Grace Patterson, Chief Executive, EveryDoctor added: “We brought the government to court because NHS staff and other frontline workers were woefully unsupported and unprotected by this government. Many were provided with no PPE, and many died.

“The government must never again be allowed to conduct themselves in this manner during a national healthcare crisis”.