The former education secretary's EasyJet flight was delayed by over a day. 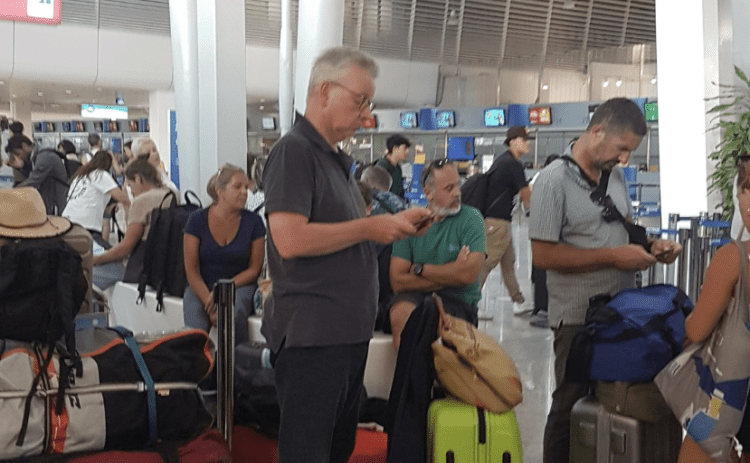 Michael Gove has found himself stuck in Brexit-related travel chaos at an airport in Athens.

Twitter user Candida Jones shared a picture of the prominent Brexiteer in the queue at the airport, revealing that the EasyJet flight he was on had been delayed by “almost 30 hours.”

This was because of “a lack of staff due to the pandemic compounded, in the case of the UK, by Brexit.”

In the replies to the tweet, Candida confirmed that the flight was from Athens to Gatwick, and that Gove was indeed flying with EasyJet.

Candida also confronted the former education secretary over what opportunities Brexit had provided to her daughter.

When someone asked Candida what the Secretary of State for Levelling Up had to say to justify leaving the EU, she replied: “He thanked me for the opportunity of hearing that my daughter’s opportunities have been diminished by Brexit.”

Gove was one of the most prominent Brexiteers in government during the 2016 referendum, and was a co-convenor of the Vote Leave campaign.

British holidaymakers have experienced a summer of chaos and delays at airports both in the UK and abroad.

This is as travel companies and airports struggle with a return to pre-pandemic levels whilst also experiencing staff shortages due to Covid.

But in the UK these problems have been exacerbated, with a number of travel companies saying that Brexit has been a significant factor in the travel chaos.