A video of the prime minister loading baskets and leaving them on the shop floor in a Greek supermarket has left people bewildered. 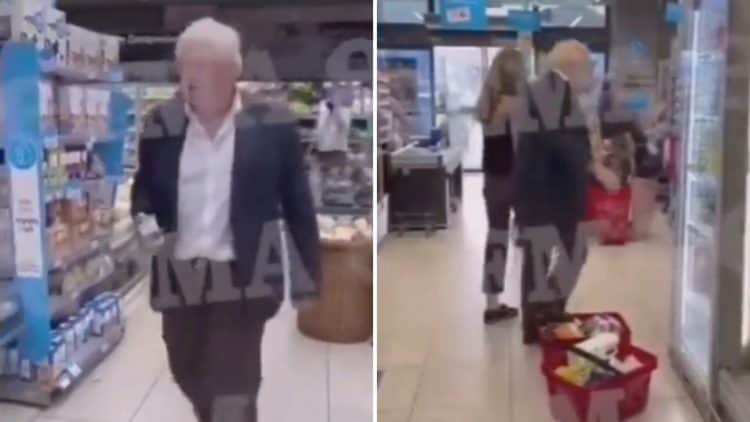 Boris Johnson has been spotted enjoying his second holiday in as many weeks after locals pictured him in a supermarket in Greece.

The caretaker prime minister- who vowed that the country’s interests would be served while a new leader is selected – only returned from a week at a Slovenian spa last Sunday.

Now locals have pictured him and wife Carrie in a sun-soaked coastal town near Athens.

The couple were seen shopping for groceries, filling up two baskets with groceries, including bottles of wine from the fridge.

According to Greek website In, Mr and Mrs Johnson were in Nea Makri.

He’s seen paying for his shopping using the self-checkout terminals, before loading it into a waiting SUV, flanked by security guards.

But footage of him loading baskets and leaving them on the shop floor has left people bewildered.

As James O’Brien points out, it looks like they leave them there for someone else to pick up. “Just like their bills”.