Boris Johnson was hoping to see a vaccine bounce in the polls, but he was forced to face the music on Tuesday as UK Covid deaths hit 100k. 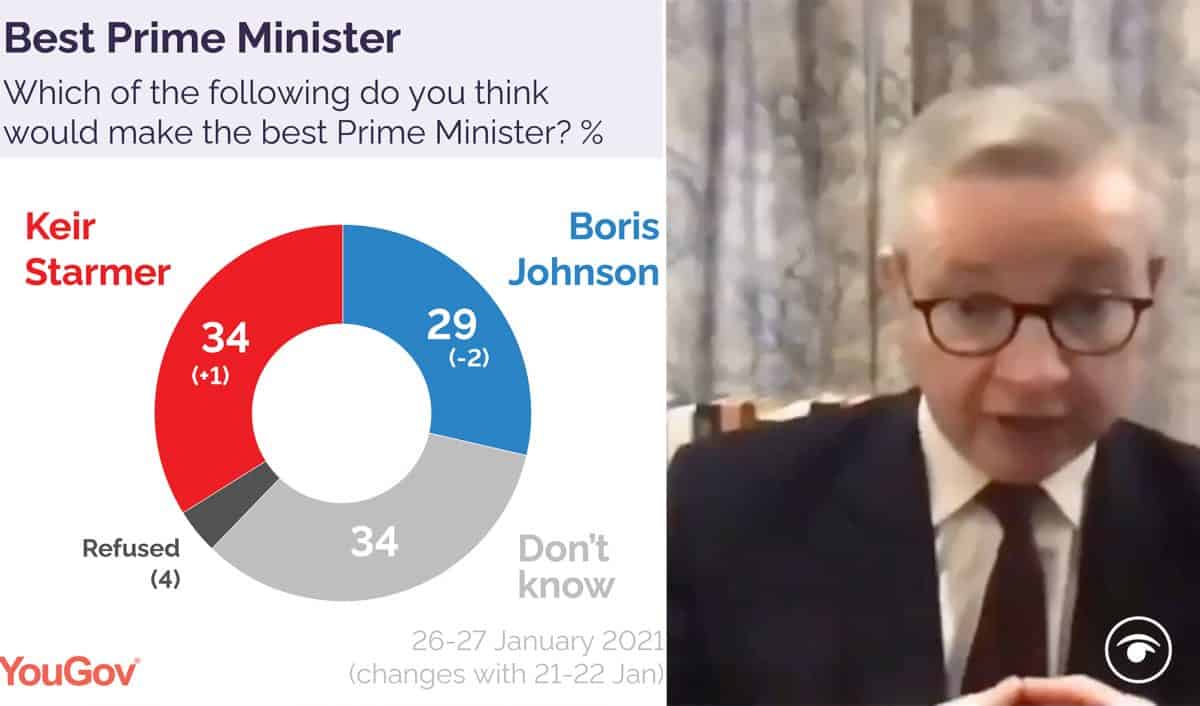 Michael Gove has insisted that the Prime Minister remains “popular across the United Kingdom” despite the UK’s Covid-19 death toll surpassing 100,000 this week.

PM Boris Johnson was forced to face the music on Tuesday after he addressed the nation to give the horrifying news that the UK’s Covid-19 death toll has now reached six figures.

He offered his “deepest condolences to everyone who had lost a loved one” before saying the government has done “everything we could” to minimise the loss of life.

But the comments didn’t seem to wash with people on social media, with the hashtag #BorisHasFailedTheNation trending soon after.

According to new polling released by YouGov this has been reflected nation-wide after Labour took a healthy lead and confidence in the PM dropped.

Which of the following do you think would make the best Prime Minister?

Regardless, Mr Gove expressed his confidence in the Conservative leader, saying he remains popular across the UK thanks to the vaccine rollout.

'The prime minister is popular across the United Kingdom'