We are simply tired of Prime Ministers who don’t understand that if they don’t get their deal through Parliament they should put it back to the people. 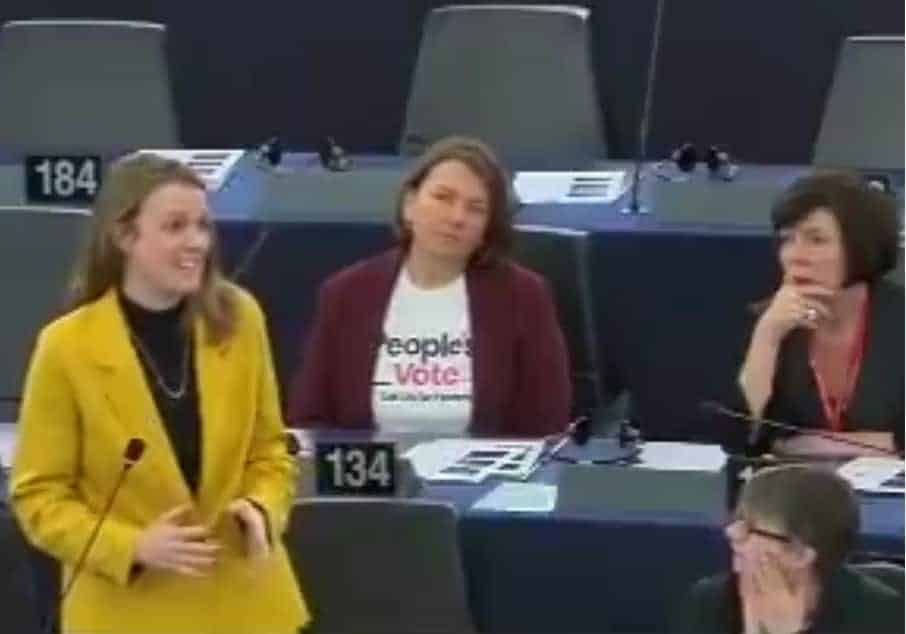 A speech made by a German MEP has gone viral after she made an impassioned plea for British MPs to “put it back to the people”.

Terry Reintke, who is part of The Greens–European Free Alliance, said there is a myth being told in the UK that the EU is tired of British people.

But that it is not true.

“We are simply tired of Prime Ministers who don’t understand that if they don’t get their deal through Parliament they should put it back to the people,” she said, pointing to the current political impasse that surrounds Brexit.

Boris Johnson was forced to put his plans to leave the EU on October 31 on ice after suffering another humiliating Commons defeat yesterday.

We are simply tired of Prime Ministers who don’t understand that if they don’t get their deal through Parliament they should put it back to the people.#brexit #peoplesVote #FinalSay pic.twitter.com/YUsTPlhpmq

Still the parliament of the British citizens

Taking a stand at the EU parliament, Reintke said:

“There is currently a tale being told in the UK and to be honest, some of the statements of the people here in this room haven’t really helped it.

“The tale is that the EU is tired of us, they want to get rid of us and want to mind their own business.

“And we have to make absolutely clear: This parliament is still also the parliament of the British citizens.

“The EU is not tired of the UK.

The EU is not tired of the British people

“The EU is not tired of the British people.

“And also the EU is not tired of having sensible and constructive negotiations.

“This project is built on multilateralism.

“So we love negotiating and finding common solutions.

Promises they cannot live up to

“But what we are tired of is Prime Ministers that are giving promises that they cannot live up to.

“What we are tired of are Prime Ministers that are using divisive language in a moment especially like this.

“What we are tired of are Prime Ministers who don’t understand that in case they are not going to get this deal through the House of Commons, they will have to put it back to the people so that British people can decide on this finally.”

Related: These are the 19 Labour MPs who rebelled to support Brexit deal