Fifteen current Tories are planning to stand down at the next election. 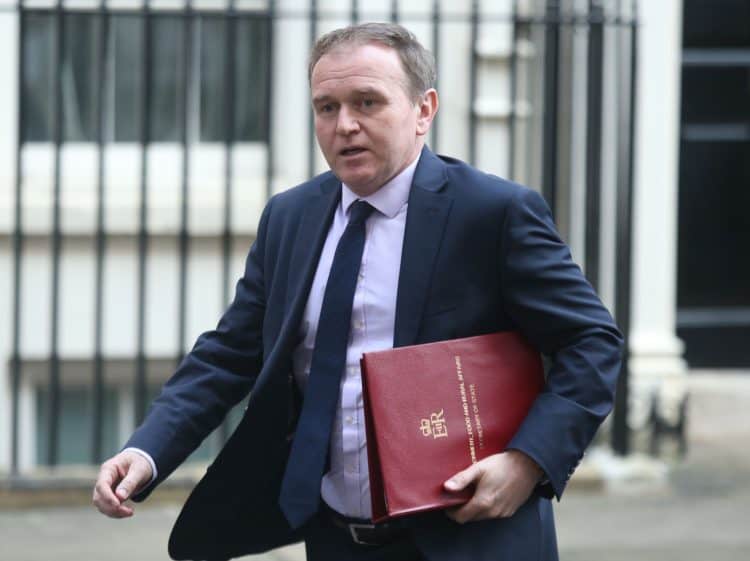 Former Cabinet minister George Eustice has become the latest Conservative to announce plans to stand down as an MP at the next general election.

Mr Eustice, 51, said he will not be challenging to retain the seat of Camborne and Redruth, in Cornwall, so he can pursue a “final career outside politics”.

Having served as environment secretary under Boris Johnson, he follows a string of senior Tories and rising stars in announcing their exit plans from the House of Commons.

Their moves come as Rishi Sunak struggles to recover from dire polling for the Tories which currently puts Labour 24 points clear.

Mr Eustice has held the seat since 2010 and at the last general election in 2019 won a 8,700 vote majority over second placed Labour.

In a statement, the MP said: “By the time of the next election, I will have been in politics for 25 years, including almost 15 years as a Member of Parliament.

“I will also be 53 and I want the opportunity to do a final career outside politics so have decided not to seek re-election. This has been a difficult decision for me.

“I feel a deep bond to the area where my family have lived for over 400 years and it has been an honour to represent my home towns, but it is important that the Conservatives are able to select a new candidate in good time.

“There are still almost two years left of the current parliament and I will be doing my utmost throughout that time to help my constituents and deliver for Cornwall.”

15 Tories to stand down

Fifteen current Tories including former chancellor Sajid Javid, Scottish Conservative leader Douglas Ross and Dehenna Davison, whose future in the party had seemed bright, are planning to stand down.

Former health secretary Matt Hancock, who was a Conservative until he lost the whip over his I’m A Celebrity appearance, will also be quitting the Commons.

Each have given their own reason for their departures, but the prospect of a poor electoral performance by the Tories at the next election, due before the end of January 2025, is seen as helping to force their hands.