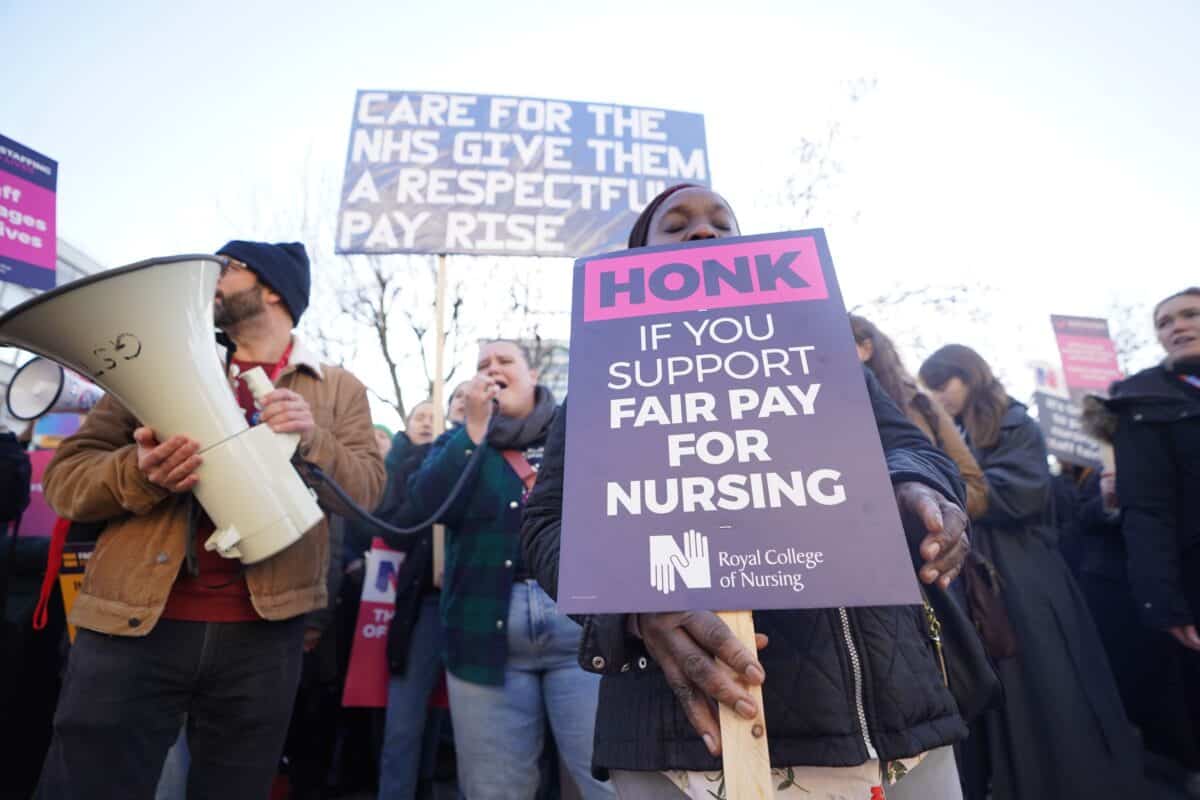 NHS bosses are offering nurses up to £40 an hour to cross picket lines as workers walk out over pay and minimum staffing level disputes.

With ministers refusing to budge in the negotiations, recruitment firms are offering nurses eye-watering packages to fill gaps during the strikes.

Temporary agency staff positions are being advertised for as much as £40 an hour, and in some cases staff do not even have to provide proof of their qualifications for the bumper pay rate.

Talking to the Mirror she said: “The Government would rather spend billions on short-sighted measures [such as agency cover] rather than investing in nursing staff pay.

“Nurses deserve a wage that is ­reflective of their skill and not left scrambling to make ends meet.

“It is in the Government’s power to deliver this.”

In an email seen by the Mirror, recruitment agency Your World Healthcare, which provides temps to the NHS, said ­Registered General Nurses were “urgently required” for shifts at York Hospital during the strikes.

The message revealed there was a “fast track compliance” process so the only documents required were an application form, passport, CV, ­criminal records check and one proof of address.