"You turn up here this afternoon and claim some sort of moral high ground? What sort of world do you belong in?” 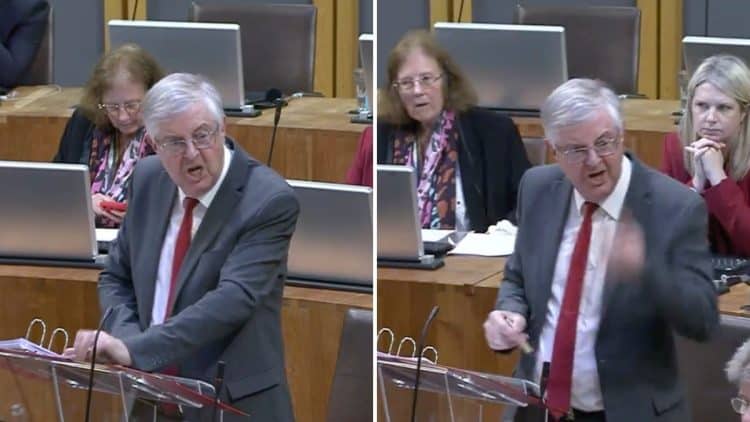 Tensions flared in the Welsh Parliament as First Minister Mark Drakeford accused the leader of the Welsh Conservatives of claiming “some sort of moral high ground”.

Mr Drakeford raised his voice and pointed his finger at Andrew RT Davies as he referred to the “mess” the Tories had made of budgets and the country’s reputation.

Those sitting around Mr Drakeford nodded and banged their desks.

Addressing Mr Davies, Mr Drakeford said: “It is shocking. It is absolutely shocking to me that you think that you can turn up here this afternoon, with the mess that your party has made to the budgets of this country, to the reputation of this country around the world, that you promise those people that there will be more to come.

“And you think you turn up here this afternoon and claim some sort of moral high ground? What sort of world do you belong in?”

Mr Drakeford also defended health workers, saying to Mr Davies: “You have chosen to use that language here this afternoon. And what do those people face? They face cuts to their pay because of the policy of your Government, and now they face cuts to the budgets that the health service itself will have at its disposal.”