National Highways has said it has no estimation of when the bridge will reopen. 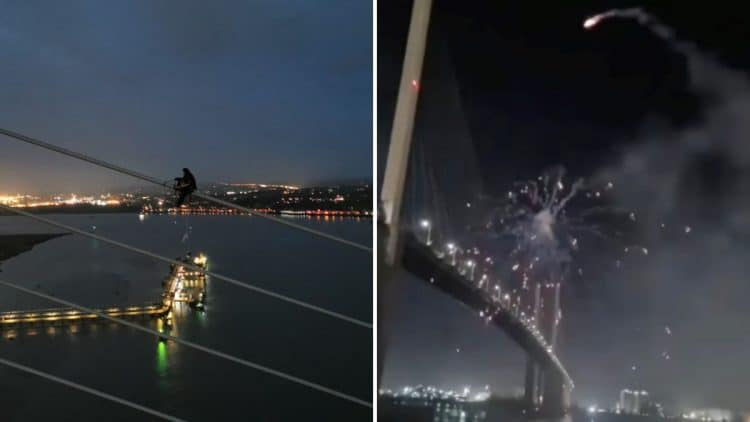 The Dartford Crossing remains blocked by Just Stop Oil protesters for the second day in a row.

The Queen Elizabeth II Bridge, which links Kent and Essex, was closed on Monday after it was scaled by two climbers from the group.

The environmental activist group has demanded that the Government “halts all new oil and gas licences and consents” and said the climbers will remain on top of the bridge until they are “brought down”.

National Highways said it has no estimation of when the bridge will reopen and that there are about six miles of congestion on either side of the crossing.

A spokesperson for Essex Police said: “We’re working with our partners to identify the safest and quickest way to resolve the situation. But as you can imagine, they’re 100 metres up in the air. It’s very complex. These things can take time.”

Morgan, a civil engineer from London who is one of the protesters who scaled the bridge, said in a video published on Twitter on Tuesday morning: “We just survived the first night up here. I was pretty cold, didn’t sleep much but I’m OK.

“We’re up here until the Government makes a meaningful statement to cancel all new licences and consents for oil and gas extraction. Oil and gas are killing us now and it’s driving millions into poverty this winter.

“We have to have an emergency transition to renewable energy, quite a stable, affordable energy. We’ve got to pay for that transition using the profits of the oil and the gas industry and the rich.

“Now is the moment for civil resistance. Come and do what you can at this pivotal moment in history.”

Regrettably, some people tried to take matters into their own hands, shooting fireworks at the protesters.

Officials believe the fireworks came from the Kent side of the bridge.