"The Tories are killing satire!", one person wrote, while another noted that the education secretary had probably confused Newcastle for Newquay. 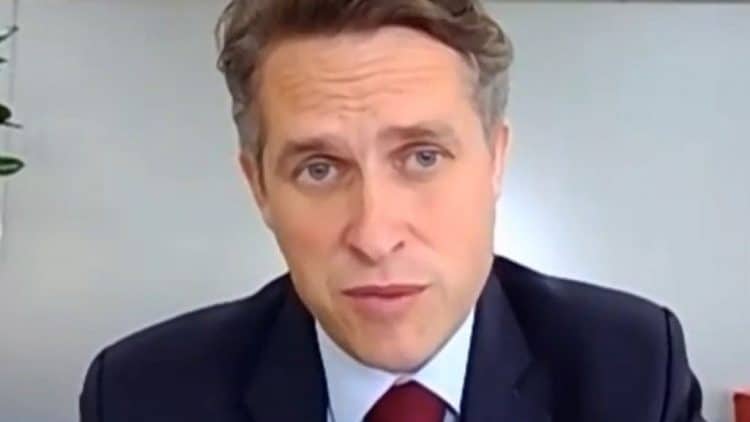 Gavin Williamson – fresh out of a mistaken identity crisis – decided to use a videolink speech to warn universities to get back to in-person teaching today.

The education secretary was addressing theUniversities UK conference in Newcastle via a large on-stage projector.

He hit out at vice-chancellors who “favour cancel culture over quality”, saying they risk undermining public confidence in higher education.

He also said students were now “making a beeline” towards those universities that were returning to campus life as normal, because they “quite rightly expect that they can study in person alongside other students”.

“Obviously, I am not saying that you relax all those health measures which are there to keep people as safe as possible and minimise the risk of Covid transmission,” Williamson said.

“What I do want to make clear is that I do not expect to see online learning used as a cost-cutting measure.”

But the speech has been widely ridiculed after The Times’ Nicola Woolcock tweeted: “Gavin Williamson doesn’t turn up in person to Universities UK conference in Newcastle – but uses his videolink speech to warn universities to get back to in person teaching…”

The Bureau’s journalist Gareth Davies sarcastically tweeted: ”He’s having a good week”, adding: ”‘Gavin a mare’ should be thing.”

Others speculated Williamson did not go to Newcastle because he needed to be in the House of Commons on Thursday – it’s thought he might be up for demotion in a cabinet reshuffle.

Here’s the best of the reaction elsewhere:

He probably mistook Newcastle for Newquay.
Easy to get confused as they both look the same…