The charity said many of Churchill's views on race were “widely seen as unacceptable today, a view that we share”. 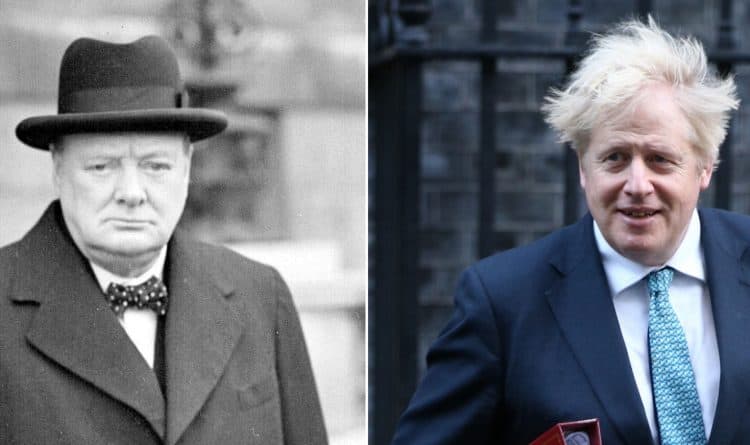 Boris Johnson has accused a charity set up in the name of Sir Winston Churchill of trying to “airbrush” away the “giant achievements” of Britain’s Second World War leader.

The Winston Churchill Memorial Trust has faced criticism after announcing it was renaming itself The Churchill Fellowship while removing images of the former prime minister from its website.

In a statement, the charity – which awards grants for Britons to pursue social and community causes – denied that it was seeking to disown his legacy.

However, it said many of his views on race were “widely seen as unacceptable today, a view that we share”.

The move has prompted the Prime Minister – a long-time Churchill admirer – to appeal to the organisation to rethink the move.

Mr Johnson’s official spokesman said: “The Prime Minister believes that Winston Churchill was a hero who helped save this country and the whole of Europe from a fascist and a racist tyranny by leading the defeat of Nazism.

“It is completely absurd, misguided and wrong to airbrush his giant achievements and service to this country. The trust should think again.”

Here are a few of his comments and views on race.

Churchill advocated against black or indigenous self-rule in Africa, Australia, the Caribbean, the Americas and India, believing that the British Empire promoted and maintained the welfare of those who lived in the colonies; he insisted that “our responsibility to the native races remains a real one.

In 1902, Churchill stated that the “great barbaric nations” would “menace civilised nations”, and that “The Aryan stock is bound to triumph”

In 1955, Churchill expressed his support for the slogan “Keep England White” with regards to immigration from the West Indies.

In 1904, eight years before Irish Home Rule movement began, Churchill said about the Home Rule: “I remain of the opinion that a separate parliament for Ireland would be dangerous and impractical.”

Churchill often made disparaging comments about Indians, particularly in private conversation. At one point, he explicitly told his Secretary of State for India, Leo Amery, that he “hated Indians” and considered them “a beastly people with a beastly religion”.

During World War II, he prioritised the stockpiling of food for Britain over feeding Indian subjects during the Bengal famine of 1943, against the pleas made by India Secretary Amery and the Viceroy of India, Lord Linlithgow, but eventually eased the famine by directing shipments of grains to India from Australia.The famine resulted in the death of up to three million Indians, for which Sashi Tharoor and Madhusree Mukerjee have blamed on Churchill’s response

In May 1954, Violet Bonham-Carter asked Churchill’s opinion about a Labour Party visit to China. Winston Churchill replied: “I hate people with slit eyes and pigtails. I don’t like the look of them or the smell of them – but I suppose it does no great harm to have a look at them.”

Churchill’s use of “uncivilised tribes” to refer to the rebel Iraqi tribesman, as well as his eagerness to use chemical weapons against them, is today a controversial topic.

According to Leo Amery, during the Bengal famine, Churchill stated that any potential relief efforts sent to India would accomplish little to nothing, as Indians “bred like rabbits”.

In his private diaries, Amery wrote “on the subject of India, Winston is not quite sane” and that he did not “see much difference between [Churchill’s] outlook and Hitler’s”.