She was supported as a pregnant teenager by the Sure Start scheme introduced by New Labour. 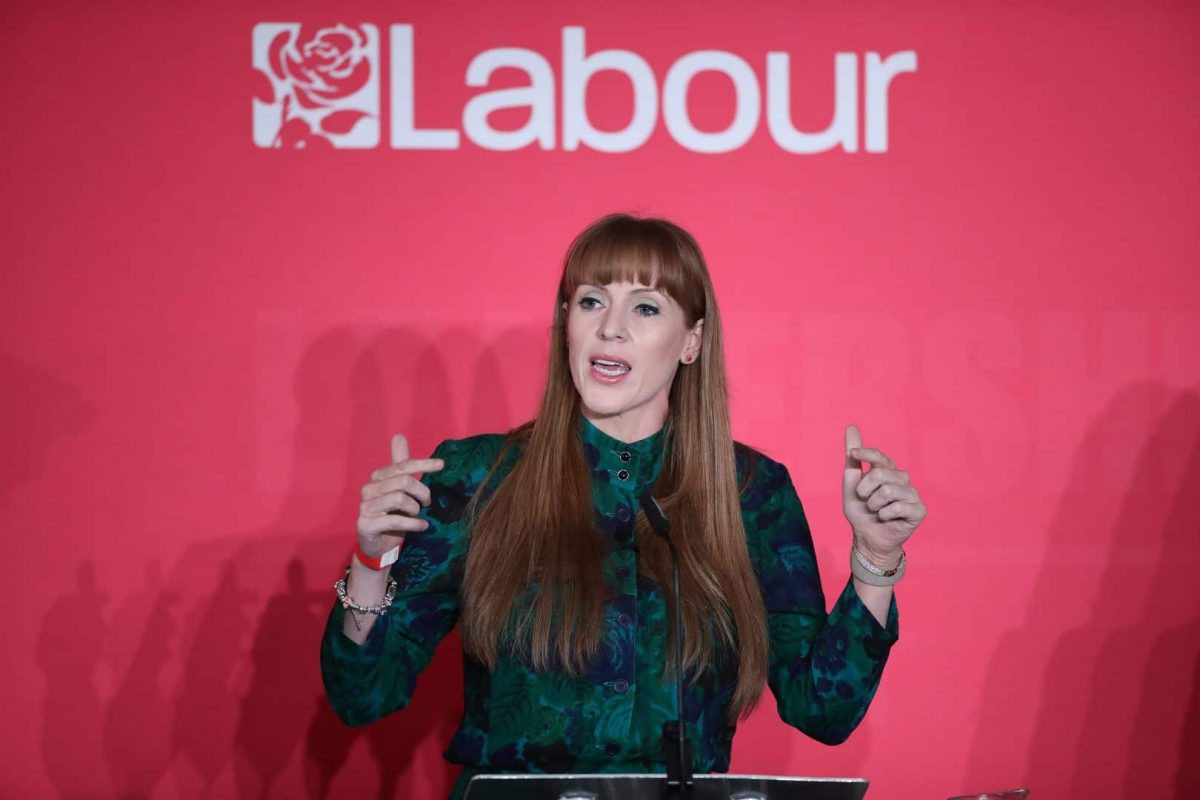 Having left school at 16 years old while pregnant and with no qualifications, she was supported on a parenting course she attended at a Sure Start centre, a system introduced by New Labour.

She later studied at college for qualifications in care work and sign language while looking after her young son, Ryan.

“In a very dark place”

“I was in a very dark place, she used to bath me, look after me, feed me,” Ms Bowen told ITV news earlier this year.

She also believes her daughter’s childhood experiences have made her a lot stronger, adding: “Watch this space, my daughter will be running this country in a few years’ time.”

And for her own part, Ms Rayner said she is “more bombastic, more focused and more sharp” than Jeremy Corbyn.

Such an approach has often been demonstrated by Ms Rayner in the House of Commons chamber, which can at times be an unforgiving environment for the timid – something she has not had to worry about.

The mother-of-three’s political career began when she became a trade union representative for Unison while working as a care worker in Stockport.

She was elected as Member of Parliament for Ashton-under-Lyne in 2015 and quickly rose from being a junior shadow minister to being appointed shadow education secretary in June 2016.

“Robbing Peterborough to pay for Poole”

Her appearances at the despatch box are often punchy and laced with a well-written turn of phrase.

In January 2017 she accused ministers of “robbing Peterborough to pay for Poole” as they attempted to ease the impact of school funding cuts.

The Department for Education later highlighted figures which suggested both Peterborough and Poole would benefit under the Government’s proposed changes, but the blow had already been landed.

Later that year Ms Rayner also proudly dubbed herself “Grangela” as she announced in an early-morning tweet that she had become a grandmother for the first time at the age of 37.

She has been a constant in her shadow education role while the Government has chopped and changed education secretary, which means she has come head to head with Justine Greening, Damian Hinds and Gavin Williamson.

When it comes to her rise within the Labour Party, there was some support for Ms Rayner to push for the leadership rather than deputy.

In the end, her friend and flatmate Rebecca Long-Bailey went for the top job.

For Ms Rayner, she has been the frontrunner throughout the deputy leadership campaign, having received the most nominations from MPs, constituency Labour parties and trade unions.

And for the woman who describes herself as a “socialist, not a Corbynite”, the decision to run for deputy has proven the right one.

It could also serve to boost any higher ambitions she has in the future as it will mean she spends time working closely with those who decide these things, the party members.