The Scottish Greens have slammed “ridiculous attempts to pursue a political scalp” by the Scottish Conservatives after Nicola Sturgeon was cleared of breaching the ministerial code. 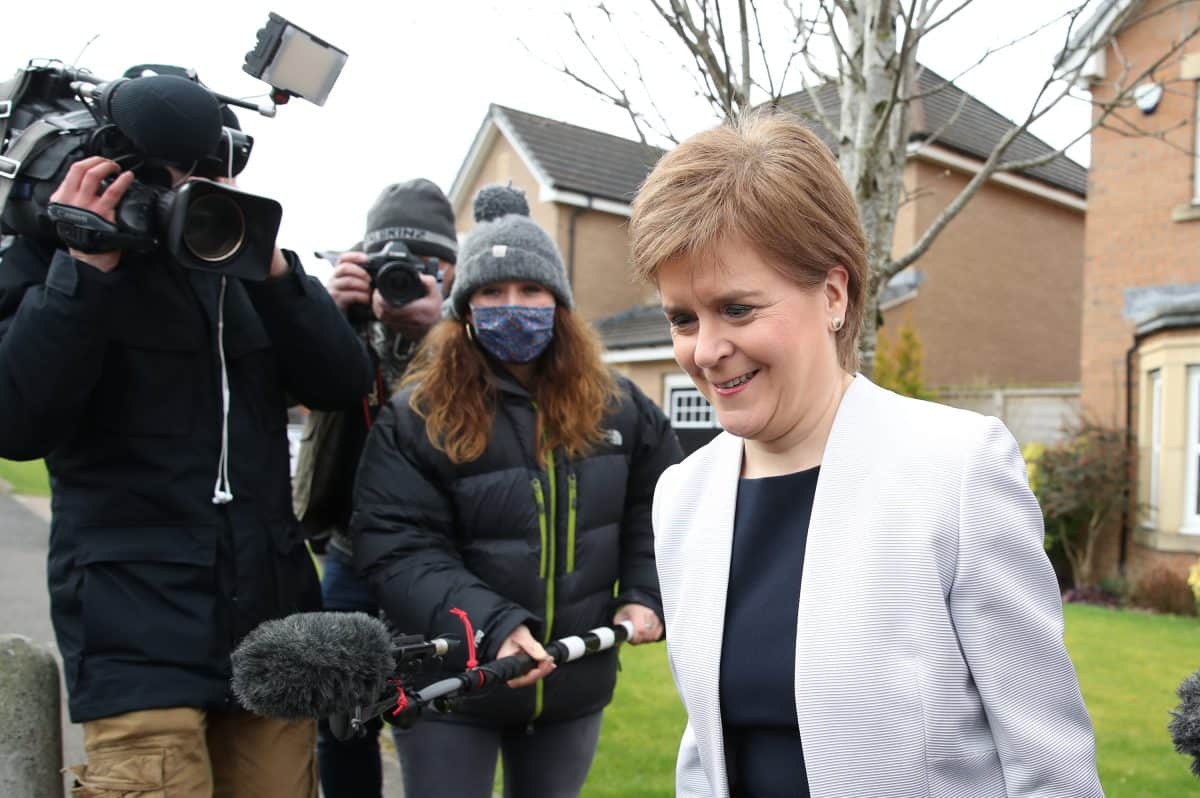 First Minister Nicola Sturgeon did not breach the ministerial code, an independent inquiry has concluded.

The Scottish Greens have slammed “ridiculous attempts to pursue a political scalp” by the Scottish Conservatives after Nicola Sturgeon was cleared of breaching the ministerial code.

Scottish Greens co-leader Patrick Harvie echoed Ms Sturgeon’s sentiments and confirmed his party “would not support the vote of no confidence being pushed by the Tories”.

The MSP said: “In lodging a vote of no confidence before this report was published, just as they called for the First Minister’s resignation before she even gave evidence to the parliamentary committee, the Tories have shown that they have no interest in establishing the truth.

“This entire saga should have been about examining a process that let down women and ensuring that was never repeated.

“In their ridiculous attempts to pursue a political scalp the Tories have completely ignored that fact. Ruth Davidson and Douglas Ross have shown that they have absolutely nothing positive to offer the people of Scotland.

“Worse still, members of the parliamentary committee have shown utter contempt for the women involved, and for the rules of the Scottish Parliament, by leaking confidential evidence and their own conclusions.

“If anyone’s resignation is still needed, it is these MSPs who should step down now, and who should not be candidates for re-election in May.”

An investigation by James Hamilton QC found she did not breach the code in relation to allegations she failed to record meetings with Mr Salmond and others in 2018.

He also examined the allegation that Ms Sturgeon misled Parliament in relation to the meetings, again finding there was no breach of the code.

Ms Sturgeon said she welcomed the “comprehensive, evidence-based and unequivocal” conclusion that she did not breach the code, adding: “I sought at every stage in this issue to act with integrity and in the public interest.”

Mr Hamilton, the former director of public prosecutions in the Republic of Ireland, is the independent adviser the Scottish Government on the ministerial code – a set of rules about how ministers should conduct themselves.

His report stated: “I am of the opinion that the First Minister did not breach the provisions of the ministerial code in respect of any of these matters.”

Ms Sturgeon referred herself to the independent advisor on the ministerial code following Mr Salmond’s successful legal challenge of the Scottish Government’s unlawful investigation, which led to him winning more than £500,000 in court.

He was acquitted of 13 charges, including sexual assault, indecent assault and attempted rape, in March 2020 following a High Court trial and Mr Hamilton’s inquiry was delayed again by the pandemic, before resuming in August 2020.

The code says it is the First Minister who is “the ultimate judge of the standards of behaviour expected of a minister” and the appropriate consequences for breaches.

In a statement, Ms Sturgeon said: “Mr Hamilton has considered all of the allegations against me, and I am happy that his report’s findings clear me of any breach of the ministerial code.

“I sought at every stage in this issue to act with integrity and in the public interest.  As I have previously made clear, I did not consider that I had broken the code, but these findings are official, definitive and independent adjudication of that.

“Prior to its publication, opposition politicians stressed the importance of respecting and accepting the outcome of Mr Hamilton’s independent inquiry, and I committed wholeheartedly to doing so. Now that he has reported, it is incumbent on them to do likewise.”