“If Westminster maintains its control, recent history shows what Scotland can expect: an economic recovery hindered by a hard Brexit that is already taking a significant toll and the continued, systematic undermining of devolution, which is weakening our parliament’s powers to maintain food and environmental standards and protect the NHS from post-Brexit trade deals." 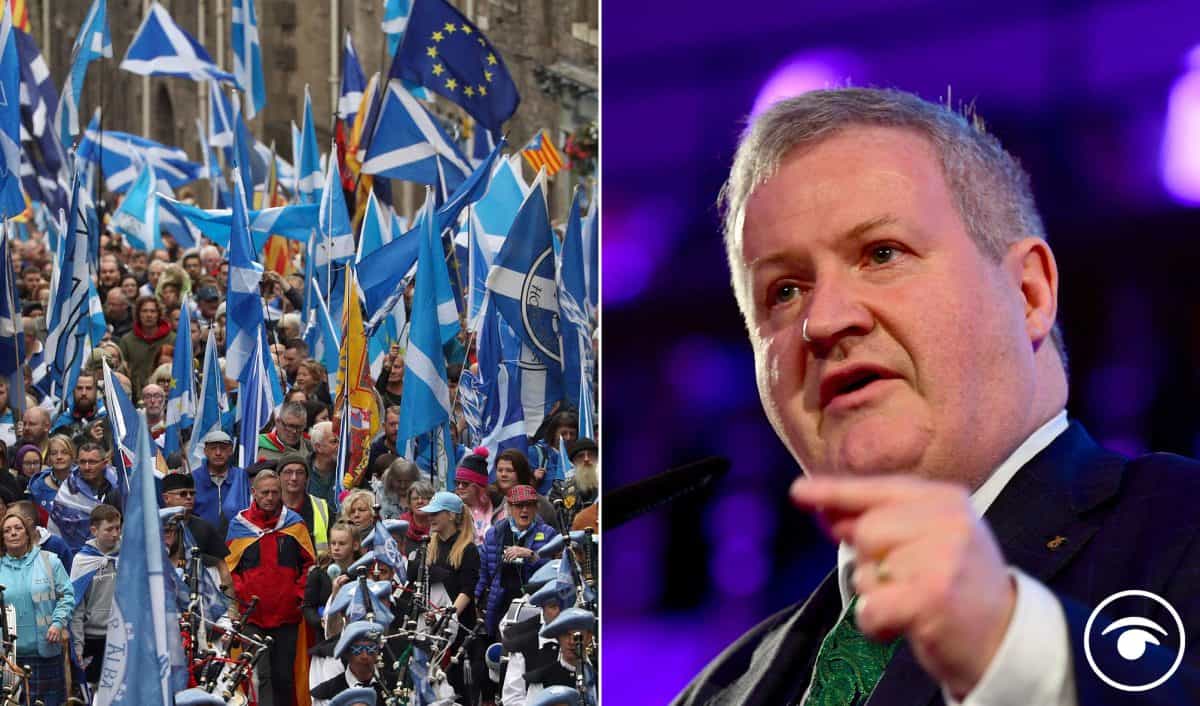 The Scottish Government has published a draft Bill for a second vote on independence.

Constitution Secretary Mike Russell said that while the timing of such a vote should be determined by the next Scottish Parliament, ministers believe people living north of the border “have the right to decide how we recover from the pandemic and what sort of country we wish to build after the crisis”.

The  draft Scottish Independence Referendum Bill proposes voters be asked the same question that they were in 2014 – Should Scotland be an independent country?

It proposes that the voting rights in the referendum be extended to match the franchise for Scottish Parliament and local government elections in Scotland, allowing 16-year-olds to take part in the ballot along with foreign nationals who have voting rights in devolved elections.

With the next Holyrood elections due to take place in just over six weeks time, Mr Russell insisted there would be no “democratic justification” for Westminster to continue to block a second referendum if pro-independence parties win a majority of seats.

He said: “If there is a majority in the Scottish Parliament after the forthcoming election for an independence referendum, there can be no democratic justification whatsoever for any Westminster Government to seek to block a post-pandemic referendum.”

The current Scottish Government, including First Minister Nicola Sturgeon, has already made clear it would want a referendum to happen in the first half of the next Holyrood term.

However, SNP Westminster leader, Ian Blackford, has indicated a vote could take place before the end of 2021.

Mr Russell said the Scottish Government had been “laser-focused over the past year on tackling the pandemic”.

And while he insisted that would remain the case, he said the vaccination programme, together with efforts to suppress coronavirus, meant “better times lie ahead”.

Writing in the foreword to the draft legislation, he stated: “The question we face as we come out of the health crisis is this: who has the right to
decide the kind of country Scotland should be after the pandemic?

“Should it be the people who live here, or [the] Westminster governments?”

Mr Russell, speaking as the draft Bill was published, insisted: “The Scottish Government believes it should be the people living in Scotland who have the right to decide how we recover from the pandemic and what sort of country we wish to build after the crisis.

“If Westminster maintains its control, recent history shows what Scotland can expect: an economic recovery hindered by a hard Brexit that is already taking a significant toll and the continued, systematic undermining of devolution, which is weakening our parliament’s powers to maintain food and environmental standards and protect the NHS from post-Brexit trade deals.

“Scotland’s recovery should be made by the people who live here and who care most about Scotland. That is why Scotland’s future should be Scotland’s choice.”

Mr Russell said: “It should be for the next Scottish Parliament to decide the timing of the referendum. So that the recovery from the pandemic can be made in Scotland, the Scottish Government believes it should be held in the first half of the new parliamentary term.”